Ms. Forte is 6 months pregnant with her second child, a daughter. She was impregnated via insemination by an anonymous donor and comes to her prenatal care visits with her wife, Ms. Smith. Ms. Forte’s obstetrician, Dr. Bustamante, begins to discuss Ms. Forte’s plans for breastfeeding after the birth, which Ms. Forte did successfully with their first child. Ms. Forte explains that she plans to breastfeed the second child as well but would like her wife, Ms. Smith to also breastfeed their newest child. Ms. Smith, who is also Dr. Bustamante’s patient, asks Dr. Bustamante if she can help induce her lactation.

Dr. Bustamante has known both women for several years. She was extremely happy for them when they got married and helped them to find a pediatrician for their first child who would be supportive of same-sex parents. However, this request for induced lactation strikes her as medically unnecessary. The baby will already have one mother who can breastfeed her, and the process of inducing lactation may carry some risks for Ms. Smith.

In the United States, the typical context for inducting lactation in a nongestating mother pertains to an adoptive mother who wants to breastfeed an adopted infant [1-3]. In other parts of the world (most significantly across parts of Africa), induced lactation is sometimes initiated as a feeding method when infants are orphaned or maternal illness prevents breastfeeding and for infants with seropositive mothers concerned about virus transmission via breastfeeding [4, 5]. In the U.S. context, both the American Academy of Family Physicians [6] and the American Academy of Pediatrics [7] recommend induced lactation for breastfeeding the adopted infant in their policy statements. But the newest Forte-Smith baby in the above case, like the baby boy who preceded it in the family, will not join this family via adoption and will already have one the gestational carrier who can provide the baby with the nutritional benefits of breastfeeding. In the narrative of this case, then, inducing lactation strikes Dr. Bustamante as a pointless duplication of effort that carries risks without benefit. Accordingly, the physician resists the couple’s request, despite her earlier demonstrations that she is supportive of same-sex couples as parents. This essay argues that Dr. Bustamante’s reservation about providing induced-lactation counsel and services to Ms. Smith defies widespread recommendations in the American medical literature for other non-biological mothers and bespeaks a potential, latent discrimination of lesbian parents’ breastfeeding needs in even the most sympathetic of physicians.

In standard medical practice, there are both pharmacologic and nonpharmacologic methods of inducing lactation that can be used alone or in combination—ranging from prescription drugs to herbal therapies to manual stimulations. Each category of intervention has been successful in inducing lactation in women both with and without prior pregnancy and lactation, though pharmacologic support is usually necessary in women who have never lactated. The nonpharmacologic method of inducing lactation carries no risks, but it may not be successful in Ms. Smith’s case [3]. This method involves repeated nipple stimulation for several weeks before the anticipated birth, preferably with a hospital-grade electric pump [1, 8]. In women who have been pregnant and lactated before, extremely high success rates have been achieved with this method [9], but success rates vary in nulliparous women.

The most common approaches to inducing lactation involve pharmacologic intervention in conjunction with nipple stimulation. There are several possible pharmacologic methods with a range of potential short-term side effects for breastfeeding mothers [1, 3], but overall the interventions are considered to be of only minimal risk. One study of women who had never lactated achieved 100 percent success with a single dose of medroxyprogesterone (Depo-Provera) and then either chlorpromazine or metoclopramide for 5-13 days [5]. Both chlorpromazine and metoclopramide can sometimes produce side effects for the mother. With metoclopramide, sedation is the most common side effect, albeit with a 10 percent occurrence rate in women [1]. Depression is experienced less frequently than sedation, and approximately 1 percent of women experience extrapyramidal side effects [1]. With chlorpromazine, side effects include weight gain, sedation, bradykinesia, and tremor [3]. However, in the above-mentioned studies, none of the women experienced any sustained side effects from the intervention [5]. (The potential risks of these pharmacologic methods to the infant are either minimal or nonexistent. Both chlorpromazine and metoclopramide are classed in Hale’s Lactation Risk Categories as L2 (safer), indicating that the studies available found little evidence of risk to the infant [10].) As a precaution, studies recommend stopping hormonal therapy 24-48 hours before the onset of breastfeeding.

The unlikely risks of induced lactation to both mother and infant can be put in proper perspective by considering the recommendations of the American Academy of Family Physicians [6] and the American Academy of Pediatrics [7], both of which advocate for induced lactation in cases of adoption. The AAFP states, “The physician should offer the adoptive mother the opportunity to breastfeed her child” and “should support lactation induction” [6]. The AAP includes in its breastfeeding recommendations: “Provide counsel to adoptive mothers who decide to breastfeed through induced lactation, a process requiring professional support and encouragement” [7]. These recommendations suggest that the very minimal (if any) risks attached to induced lactation in nongestating mothers are far outweighed by the benefits (emotional, nutritional, and practical) to the breastfeeding relationship between nonbirth mother and newborn child.

In Dr. Bustamante’s defense, one could argue that the nutritional benefit for the typical adopted infant outweighs even the minimal risk for the adoptive mother in most cases of induced lactation. According to this line of reasoning, the risk-benefit justification would not apply to lesbian couples with a gestational carrier, such as the Forte-Smith parents, whose child will receive traditional breastfeeding nutrition from Ms. Forte. But this defense of Dr. Bustamante’s position misidentifies the central benefit of induced lactation in conventional adoptive mothers. Such (mostly heterosexual) nonbiological mothers who induce lactation are widely appreciated as being usually unable to achieve an adequate supply of milk to be the sole (or even primary) source of nutrition for their infants [1, 3, 8]. Moreover, across the medical spectrum, nutrition is not viewed as the primary benefit of induced lactation by either adoptive mothers or the AAFM. Data from multiple studies shows that mothers view induced lactation as worthwhile even if adequate milk supply is never achieved [2]. Wittig, for example, reports that women “who attempt to induce lactation do so to achieve the enhanced mother-infant relationship that breastfeeding promotes rather than the nutritional benefit it brings” [3]. And the American Academy of Family Physicians concurs, writing in its policy statement: “In many cases, the opportunity to emotionally bond during nursing is the primary benefit of breastfeeding for adoptive mothers and babies” [6].

But we need not be limited to the dilemmas of hypothetical nongestating mothers on this issue. Consider the sentiments of nonbiological lesbian mothers. Faith Soloway, in Confessions of the Other Mother: Nonbiological Lesbian Moms Tell All!, writes of her conflicted feelings about her female partner’s natural breastfeeding relationship with their child as the gestational carrier: “Basically, I am insanely jealous of their flesh-on-flesh, boundaryless, nurturing, complicated relationship” [11]. By contrast, there are the testimonials of nonbiological lesbian mothers—such as Offbeat Families blogger Liesbeth Koning—who attest to the invaluable emotional, practical, and psychological benefits of having both lesbian moms able to breastfeed their children in her article “How Two Lesbian Mamas Share Breastfeeding Duties” [12]. Like these real lesbian nonbiological mothers, the fictional Ms. Smith in the above case is drawn to induced lactation not merely for the nutritional benefit it will bring to her soon-to-be-born daughter, but for the emotional bond it will forge between child and nongestating mother.

In light of the very minimal health risks to Ms. Smith or to her future daughter, and the immeasurable benefits of the emotional bonds that breastfeeding generates for mother and child, any ethical reservations on Dr. Bustamante’s part are unfounded. She should proceed with a plan to induce lactation for Ms. Smith, just as she would (without hesitation) for a non-lesbian nongestating or adoptive mother. Failing to do so will either demonstrate a troubling unfamiliarity with the clinical facts of lactation induction or (far worse) a worrisome concern that even the most progressive physicians may be treating their LGBTQ patients and families according to a different standard than they use for heterosexual patients. 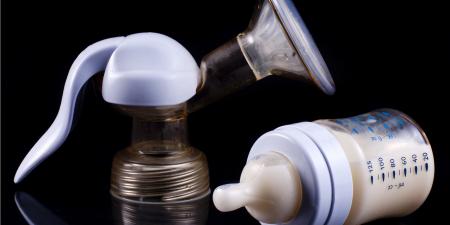