A nudge is an intervention designed to prompt people to “voluntarily” make the choice intended by those who altered the choice environment or situation, and therefore using nudges is thought to undermine self-determination. Evidence for this assumption is weak, however, and sets aside much of what we know about human conduct sociologically. This paper argues that the practical consciousness that people have about their own actions and reasons for executing those actions can inform our thinking about motivating compliance with treatments in clinical settings and the ethical issues involved.

Mr H is a 58-year-old man with insulin-dependent diabetes, hypertension, and class II obesity (with a BMI of 35 kg/m2). Mr H sees Dr K today after a 6-month trial of lifestyle changes to lose weight because he wasn’t interested in taking anti-obesity medications. As Mr H has told Dr K in the past, “I am already on too many medications for my sugar and blood pressure.” Evaluation reveals that Mr H’s BMI has increased since the last visit, and Dr K is increasingly concerned, given Mr H’s strong family history of coronary artery disease. Recalling that Mr H is afraid of bariatric surgery, Dr K considers reiterating the risk of death and a drawn-out recovery period as Mr H’s most feared drawbacks of surgery in order to prompt Mr H to agree to taking anti-obesity medication.1,2,3

In the above case, by spelling out the risks of surgery, Dr K would be reinforcing the fears that Mr H has already. The purpose is to encourage (ie, to nudge4) Mr H to do something voluntarily, which he has previously been reluctant to do—to take anti-obesity medication. We might ask whether it is ethically justifiable to manipulate self-determination in this way in order to motivate a specific health outcome. Is Mr H being manipulated if he decides voluntarily to take his medication? While this question appears to raise ethical concerns about Mr H’s self-determination being undermined, posing the question in this way is to assume that self-determination is the most—or a very important—component of human behavior. To make this assumption is to set aside much of what we know and have known for a long time sociologically about human conduct. It is therefore an illusion. To assume that we have the evidence to manipulate self-determination effectively is also an illusion. I explain why both of these assumptions are illusory by considering, with reference to the case, the values informing the clinical consultation, the use of fear as a means of getting a patient to change his or her behavior, the patient’s capacities and capabilities in the physician-patient relationship, evidence of the effectiveness of behavior change interventions, and a sociological view of human conduct.

Value Neutrality Is Impossible, but Framing Is All-Important

Value neutrality is a fiction.5,6 Framing is not.7 There is strong evidence that how decisions are framed has real consequences for behavior.8 Since framing is one expression of values and values are intrinsic to human behavior, one cannot exclude values from how we think about human conduct. Values are key sources of meaning in human activity.9 Humans make sense of things with reference to values. Clinicians’ desire to do their very best for patients is a value. But patients bring their values to the consultation, too, and patients sometimes hold different values than their doctor. In this case, the patient values the absence of risk. He is convinced that he is already taking too much medication. The doctor values the ethical principle of beneficence and is thinking about nudging the patient toward anti-obesity medication as the preferred treatment. However, nudges are not value neutral.

Seeking to be value neutral is impossible. Instead, we should strive to make our values clear to ourselves and to others and, indeed, clinicians should strive to help patients articulate their own values. The goal is not to change values, although getting things into the open could be a forum for allowing reconsideration of a value position. Rather, articulating values reinforces that values are an intrinsic part of the human condition, not something to be disinfected from human life. In our case, instead of trying to nudge the patient toward anti-obesity medication, Dr K could have tried to find a way to accommodate the patient’s values while at the same time still providing the best care possible. I elaborate below.

Dr K is thinking about emphasizing the risks that Mr H fears, but fear is only a partially effective way to get people to change their minds or behavior.10 Its effects tend to be short-term.11 Telling people about dangers and dire consequences sometimes makes them receptive to change. However, if inducing fear is to have traction in the long run, patients will need the skills to deal with the threat being described.12 Unless there are ways and means for patients to change their beliefs or behaviors, then all that will happen is that their anxiety levels will be heightened. They might also reject or deny the threat.13 Only if the threat fundamentally changes the meanings held by the patient—and it usually doesn’t—will it work. In our case, raising Mr H’s level of anxiety is unlikely to make him change his mind about treatment or make him more likely to take the anti-obesity medication. The most probable outcome is simply to make Mr H more worried.

Seeking to be value neutral is impossible.

A better approach than manipulating the patient’s fears is to ask what capacities, capabilities, or assets the patient brings to the situation.14,15 This approach involves learning what abilities, skills, and resources the patient uses both to realize broad life goals and ambitions and to manage day-to-day existence. Clinicians need to consider whether there is anything in the relationship that impedes the patient realizing his or her own capabilities and the extent to which these impediments make the alignment of patient and therapeutic goals difficult. Humans have reasons for their actions, even if these are implicit, and most people are more than able to articulate them. Such tacit knowledge or practical consciousness is what they use to navigate the world.16 It provides their motives for future actions, explanations of past behavior of themselves and others, and a vocabulary that helps furnish a narrative about themselves.17 In this case, understanding—if not agreeing—with the patient is a first step toward therapeutic possibilities. Therefore, the initial task is for Dr K to explore the reasons why Mr H is fearful of surgery—by, for example, discussing his understanding of risk. Similarly, Dr K’s talking through the consequences of adding another medication and the reasons why Mr H is opposed would be a beginning.

Behavioral change interventions have the capacity to do harm as well as good. In the face of a lack of reliable evidence about effectiveness of a particular intervention or model, a physician employing such an intervention has no guarantee that good will follow from whatever action is taken.18 Importantly, the assumption that behavioral change interventions, such as nudge, will reliably or predictably produce the desired result is at present scientifically unjustified.19 The current state of psychological science is not such that simple, precise predictions of complex behaviors are possible.20 Unproven interventions, for which we know little of the mechanisms of action, the effective dose—and even less about the individual response variations from patient to patient—have the potential to be bad medicine.21 The lack of evidence sometimes renders the whole idea of behavioral interventions ethically dubious. This approach is premised on the idea that behavior is something that resides in an individual and that is prompted by various external stimuli. Social life is not like that. It is not “a set of individual behaviours enacted by discrete individuals”; rather, it consists of “interconnected sets of activities which groups do” in concert with each other in interlinked lifeworlds, or communities of practice.22

A helpful way to think about social life derives from social practice,23 structuration,24 phenomenological,25 and symbolic interaction26 theories. Together, these provide a very useful way of understanding the medical consultation and of elucidating the ethical issues involved. The conception of social life derived from these sources is as follows. Humans are volitional creatures with a sense that they make decisions about what they think, feel, and do. They have a sense of self. This is their sense of who and what they are, being a unique individual separate from others, and what their place in the world is.27 However, this sense of self and the sense of self-determination that goes with it are at least partly illusory. This is because some behavior is automatic28 and because individuals are enmeshed in relationships with others. Their sense of self, including their sense of their unique individuality, arises from and is created in these relationships.

Out of the many individual actions people execute, social patterns arise. These include the patterns seen in patient-clinician consultations. Humans are surrounded by these structured social patterns that constrain and facilitate individual actions. The individual is in a constant process of interaction with social structures. Those structures arise from individual actions but are also the very things that constrain them. This is why human life both constantly changes and, at the same time, has a repetitive, recursive, and predictable quality. In other words, to understand human conduct—be it of a doctor or a patient or anybody else—we must not conceptualize it as something reducible to atomistic actions that are controlled, propelled, or driven by others acting in an equally individualistic way.

To analyze clinical consultations, the values and meanings held by the participants in the relationship need to be made clear—and clear to all parties involved. Behavior is not a matter of the application of a rational calculus—values intervene. So, too, do the competencies and practical knowledge that people bring to situations. The evidence does not support the idea that specific interventions produce predictable outcomes. Rather, behavior is an emergent property of relationships between people. The ethical issues involved in the case are rather different, I argue, than would first appear.

How Should a Physician Respond to a Patient’s Pain When New Opioid Prescribing Laws Limit Shared Decision Making? 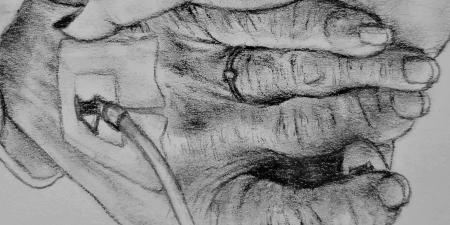 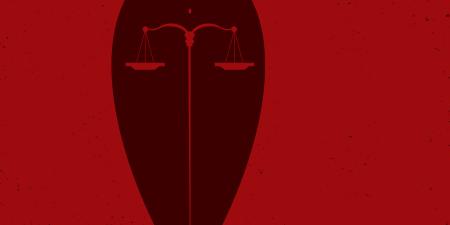 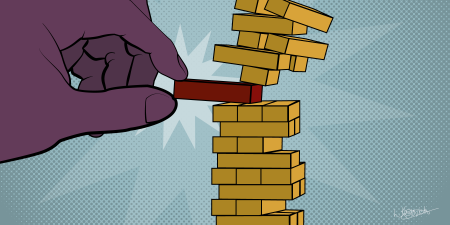