The respect America accords to its physicians lends weight to the public opinions of these professionals. But physicians' comments reflect not only societal or medical situations that deserve praise or need remediation; they also reflect on the integrity of the medical profession itself. Society continues to defer to physicians' opinions so long as physicians retain the respect of the public by their words and deeds. Depending on how one views his crusade in favor of physician-assisted suicide, Dr. Jack Kevorkian either tarnished (or polished) society's respect for the medical profession, and harmed (or augmented) the significance accorded physicians' public viewpoints.

"I want to be convicted!" said Dr. Jack Kevorkian during his 1994 Michigan trial for second-degree murder; Dr. Kevorkian went on to state: "I should walk up to the bench just like in the movie Gandhi and say, I have violated your law and if you have any respect for your system you will give me the harshest penalty possible."1

While not found guilty in that case, Dr. Kevorkian was eventually convicted on March 26, 1999 for the murder of Thomas Yourk, an ALS sufferer, to whom Dr. Kevorkian had administered a lethal injection of potassium chloride.2,3 In April 1999, Dr. Kevorkian was sentenced to 10–25 years in prison for second-degree murder, and another 3-7 years for illegal use of a controlled substance, with the sentences to run concurrently; he is, however, eligible for parole in 2007.3,4

Physician-assisted suicide (PAS) remains a contested issue in the United States. As recently as October 2005, the Supreme Court heard oral arguments in the case of Gonzalez v Oregon, initiated in November of 2001 when then-Attorney General John Ashcroft declared that PAS was not a "legitimate medical purpose" and suggested that any doctor who participated in an assisted suicide would be in violation of the US Controlled Substances Act and would lose his or her federal drug license. On November 7, 2001, Oregon sued John Ashcroft and the Justice Department, claiming Mr. Ashcroft had unconstitutionally pre-empted the Oregon Death with Dignity Act, passed in 1994, which permits PAS in the state of Oregon. (Oregon won both in district court and on appeal; the decision of the Supreme Court is expected in June 2006.)5,6

The Supreme Court had previously considered the issue of PAS in 1997, when in the cases of Washington v Glucksberg and Vacco v Quill(considered together) it unanimously decided that the average American has no constitutional right to physician-assisted suicide and states could therefore bar the practice. The Court's ruling implied, though, that states could constitutionally pass laws permitting PAS, bringing the question back to the state legislatures (at least until Attorney General Ashcroft's announcement in 2001).7,8

At the state level, 54 euthanasia or PAS measures were introduced in 21 state legislatures between 1994 and 2004, all of which were defeated. There have been, in addition to Oregon's ballot initiate, other referenda in Washington (1991), California (1992), Michigan (1998), and Maine (2000). So far, Oregon remains the only state where PAS is legal.8

In the practice of PAS, a physician provides the patient with a lethal dose of medication, which the patient then uses to end his or her life. PAS should be differentiated from other end-of-life practices, such as euthanasia, terminal sedation, withholding/withdrawal of lifesaving treatments, and palliative sedation.

Euthanasia is the direct termination of a patient's life by a physician,through lethal injection for example; this is the practice for which Dr. Kevorkian was tried and convicted. Terminal sedation refers to the sedation of a terminally ill patient to the point of unconsciousness, with all life-support and nutritional systems subsequently withdrawn. Competent patients, or medically incompetent patients with advance directives, may decide to forgo further medical care for their illnesses or injuries, a decision which both states and physicians universally recognize as legitimate even if the end result will be the death of the patient.9 Palliative sedation is the administration of high doses of pain medication—doses that might inadvertantly result in death—to relieve extreme suffering. The intent of palliative sedation, however, is to provide comfort to patients suffering from diseases in their end stages.10

Proponents of physician-assisted suicide argue that the law ought to recognize the autonomy of patients and permit them to make end-of-life decisions, including the choice to terminate their own lives. They argue that mentally competent patients are allowed to hasten death by refusing medical treatment; those patients who cannot hasten death by refusing treatment (those with long-term, degenerative diseases) ought to have the same right to end their lives. Proponents suggest, too, that there is an element of compassion in PAS, which could be viewed as a legitimate alleviation of unbearable suffering that will only get worse over time. Finally, there are some who argue that assisted suicides already occur in the United States—legalizing the practice would allow for an open discussion of the standards and procedures to be used in PAS.9

Opponents of PAS, on the other hand, argue that the practice is a violation of the sanctity of life and runs contrary to religious and secular traditions against the taking of human life. PAS, unlike refusal or withdrawal of treatment, is a positive act of life-termination and therefore cannot be justified. Opponents further contend that there is the potential for abuse of the practice—they suggest PAS might be used as a cost-containment strategy in end-of-life care; patients who may not have (or who may not be provided with) adequate access to health care or support personnel might be "pushed" toward an assisted suicide to alleviate familial financial or emotional burdens. There are also concerns that physicians might make mistakes in diagnosing illness or providing care, thereby encouraging a patient to undertake PAS when there is no need for it. Professional organizations, such as the American Medical Association, worry that legalizing PAS might undermine traditional medical ethics.9

Position of the Medical Profession

The American Medical Association has taken a firm stance against physician-assisted suicide. In Opinion 2.211 of the Code of Medical Ethics, the AMA's Council on Ethical and Judicial Affairs decided in 1994 (and reaffirmed in 1996) that:

…allowing physicians to participate in assisted suicide would cause more harm than good. Physician-assisted suicide is fundamentally incompatible with the physician's role as healer, would be difficult or impossible to control, and would pose serious societal risks.11

The opinion goes on to suggest that physicians should seek to respond to a patient's end-of-life requirements through:

Not all physicians share the opinion of the AMA or other health professions organizations, however: Dr. Kevorkian obviously dissented when he assisted in the deaths of over 100 individuals during the 1990s. Dr. Timothy Quill, currently director of the Palliative Care Program at the University of Rochester Medical Center, shocked the medical profession when he publicly admitted that he had prescribed barbiturates to a patient with the knowledge that she would use them to end her life.15,16 In fact, a 1996 survey on PAS by the New England Journal of Medicine found that of the 1902 participating physicians, 36 percent said they would be willing to participate in PAS if it were made legal. The study also found that, even under current legal conditions, 3.3 percent of respondents had assisted in at least one suicide by prescribing life-ending drug dosages. (More of the respondents, 4.7 percent, had euthanized a patient by directly administering at least one lethal injection.17)

The ongoing PAS controversy, while unresolved, has at least had the affect of bringing to light issues of end-of-life care that are often overlooked or otherwise ignored. While physicians may differ on the specifics, all can agree that they have a duty of care to their patients which persists unto death—care that may include referrals to counseling experts (psychiatrists, clergy), palliative sedation, and withdrawal of life-maintaining treatment (if requested by the patient or the patient's surrogate). These practices are consistent with medical professional ethics and current legal norms.

Physicians, as well-educated community leaders, can encourage their patients and the general public to consider the topics surrounding end-of-life treatment, including emotional preparation for the loss of loved one, cost and quality of care, and preparation of a will. Physicians should encourage the adoption of advance directives and—for individuals who do not want to be revived should they experience cardiac arrest—do-not-resuscitate (DNR) orders to make patients' wishes clear prior to the final stages of terminal illness when the ability to communicate effectively is lost. Many end-of-life debates are so acrimonious precisely because the participants do not know what the terminally ill patient would want.

Physicians should continue to advance the discourse on end-of-life issues responsibly through the media and membership-based organizations to ensure that patients receive the best care possible consistent with medical ethics and the law. No persons better understand the full personal and medical implications of terminal illness than physicians; consequently, physicians should be proactive in maintaining adequate patient care for the grievously ill, while being personally prepared to face end-of-life cases in the course of their medical careers. 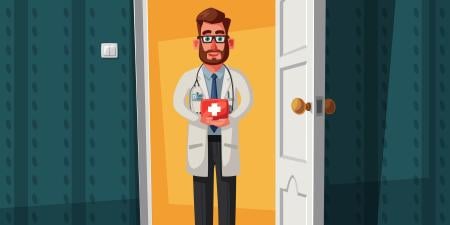 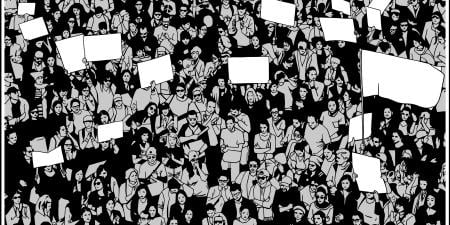 Physicians as Public Advocates: Setting Achievable Goals for Every Physician