Richard had been seeing Dr. Moore, his pediatrician, since he was a small child. Richard, now 15, came to the office one day with a sore throat. Before Dr. Moore stepped in to see him, Richard’s mother pulled him aside. She expressed concern that Richard had not been “acting like himself” lately and that he had become increasingly withdrawn and uncommunicative over the past few months. “I’ve tried talking to him but he just won’t open up,” she told Dr. Moore. “I know that he trusts you, so if you can find out what’s wrong, it would be so helpful.”

Dr. Moore entered the exam room and began talking with Richard. After some questioning, Richard revealed that he had recently become romantically and sexually involved with another boy at school. He told Dr. Moore that he was afraid he had “caught something” from his current partner. When Dr. Moore mentioned that Richard’s mother was concerned about his low mood, Richard immediately implored Dr. Moore not to reveal what he had confessed. Dr. Moore reassured Richard about confidentiality during doctor visits, noting that most minors are protected or emancipated under state law in situations like this, and, after checking, he knew that Richard’s family’s health insurance bills would not reveal confidential information about the visit.

Richard was still worried. “I don’t want my mom to know about, uh, this relationship. I mean, I don’t even know if I’m gay, I’m just really confused right now. I know that she would just look at me differently if she knew.”

As physicians, we rarely take care of our patients in isolation. Frequently, concerned family members want to understand what is going on with their parents, spouses, children or siblings. Sometimes, it seems in the best interest of the patient to share information, particularly when family members can provide much-needed support during emotionally trying times. This may be the case for Richard, our 15-year-old patient whose mother is concerned about his general mood over the last few months. While it may be helpful for Richard’s mother to share her concerns with Dr. Moore, principles of quality adolescent health care dictate that confidentiality is imperative and that Dr. Moore cannot give Richard’s mother information about Richard.

Confidentiality is essential in adolescent health care for disclosure of risky behaviors, particularly those concerning sexual behavior and use of illicit substances [1, 2]. At the beginning of any visit, the physician must inform the adolescent patient that any information shared, unless suggestive of harm to the patient or someone else, will remain confidential [3]. When adolescents are suspicious that their behaviors will be judged or revealed, they are unlikely to disclose them, resulting in missed opportunities for counseling, intervention, or, even worse, needed medical care [2, 3].

Richard may have good reasons for his reluctance to tell his mother that he is questioning his sexuality. At the moment, Richard is unsure about his sexual orientation, and his family may or may not be comfortable with homosexuality. It has been well documented that homosexual teens face rejection from family and peers alike, leading to rates of depression, substance abuse, and suicide much higher than those of their heterosexual peers [4-6]. Recent evidence suggests that rejection by family during adolescence increases negative health outcomes in young adulthood [6].

As with any adolescent who shows signs of depression, risk-taking behavior, or difficulties at home, at school, or with friends, Richard needs access to resources. Many adolescents benefit from counseling or therapy to discuss their day-to-day experiences at home or school. Lesbian, gay, bisexual, transgender, and questioning (LGBTQ) youth support groups can be particularly beneficial [5].

At the same time, Richard’s perception that his mother “would look at me differently if she knew” may not be accurate. Often, adolescents’ presumptions that their parents will not support their actions, behaviors, or life choices are not based in reality. Furthermore, even parents who do not support particular actions often find ways to support their child. Most importantly, parents and families can be the best sources of strength during times of emotional turmoil. Therefore, it is Dr. Moore’s responsibility to examine Richard’s beliefs about how his mother would respond, help Richard think critically about those beliefs, and ultimately encourage Richard to be honest with his mother.

It is best to start this discussion by assessing the home situation. Richard has already mentioned that his mother would view him differently. What exactly does that mean? Will she be unsupportive? Abusive? Would he be thrown out of the house? And what about other family members—how does he anticipate they might react? If Dr. Moore learns that Richard would be promptly disowned, the discussion and guidance will be different than it will be if he learns that Richard’s parents have LGBTQ friends and family members.

Because of the harsh realities for LGBTQ teens, physicians have two responsibilities: (1) ensure that the teenage patient has the support needed during this journey of self-discovery; and (2) encourage open communication between the patient and family.

Naturally, Dr. Moore would like to reassure Richard’s mother that Richard is fine and will make it through adolescence unscathed. Of course, Richard isn’t fine now and may or may not reach adulthood without any consequences. Dr. Moore may even wish he could divulge why Richard chose to see him and the source of his recent moodiness, but this isn’t an option either. So then, what exactly can Dr. Moore say to Richard’s mother?

There are two issues to be addressed: the cause of Richard’s sore throat and his mood. The key to both is to remain very general, without misrepresenting the information. The details to be divulged to Richard’s mother should be agreed upon by Richard and Dr. Moore before she comes into the room. Again, honest communication should be encouraged, but always with the patient’s permission.

With regard to the sore throat, if Dr. Moore thinks it is mononucleosis, for example, he may say: “I think it is a viral infection called mononucleosis. There are lots of ways to catch it, including sharing a friend’s drink….” Dr. Moore hasn’t revealed any sensitive information, yet he has given a reasonable explanation for how Richard got sick.

There are other possible scenarios as well. Richard may or may not have any physical symptoms about which he is concerned. If he doesn’t have any symptoms but reported a sore throat as an excuse to visit the doctor, Dr. Moore may need to reassure Richard’s mother that “everything looks normal.” It is also possible that Richard reported a sore throat to his mother but has a different symptom altogether—burning with urination, for example. In this case, the same principles apply, but it will be up to Richard to decide whether or not he and Dr. Moore will discuss this with his mother during the visit.

Addressing the mood changes with Richard’s mother is more challenging. Acknowledging his mother’s concerns and observations about his mood can be a useful tool to encourage Richard to seek counseling. Many adolescents benefit from counseling for the many issues that arise during this time of life. Having a neutral third party with whom to discuss their feelings and experiences can be extremely useful.

If Richard agrees to it, speaking to his mother about the need for counseling in general terms and referring to her observations can be helpful. Dr. Moore might say: “Your observations that Richard’s mood has been different are right. He has noticed it too. This isn’t unusual; many adolescents experience sadness or moodiness for one reason or another. They often find it helpful to talk to a counselor about it.” By framing it in this way, Dr. Moore has provided a way for Richard to obtain community support without divulging Richard’s secret.

In this scenario, we are still faced with the challenge of encouraging Richard to discuss his sexuality with his family. Because LGBTQ teens suffer much higher rates of depression, substance abuse, and suicide, it is crucial to encourage all potential sources for support [6]. Of course, it is also important for Dr. Moore to know if that same home environment would be unsafe should Richard choose to reveal his sexuality. It may take months or years and many visits with Dr. Moore before Richard feels comfortable sharing this information with his mother.

At 15, Richard may not be ready to understand the long-term effects of the challenges he is likely to encounter as an LGBTQ adolescent. He is likely to think concretely at this age, in which case understanding consequences is difficult [7]. Explaining to Richard that he is at greater risk for being depressed, abusing drugs, or committing suicide than his heterosexual peers may be lost completely on him. In contrast, an older adolescent or adult would be more likely to understand the challenges he faces and establish healthy behaviors to prevent depression, drug abuse, or suicide.  Because Richard is too young to appreciate these risks, Dr. Moore can successfully demonstrate to Richard why social support is essential by asking some well-posed questions. “Why have you been sad lately?” might just help Richard identify the emotions he’s experiencing. Asking about friends’ alcohol or drug use and why they are using substances may also inform Dr. Moore’s guidance of Richard. Dr. Moore must also ask about safety at home and school, inasmuch as LGBTQ adolescents are at particularly increased risk for bullying [8].

This highlights the challenges of working with adolescents in general and LGBTQ teens in particular. Confidentiality is imperative to providing quality health care. If not maintained, a therapeutic patient-physician relationship may be lost and the patient may not receive necessary health care in the future. Even worse, for some patients, it may mean going home to an unsafe environment.

Ultimately, when caring for adolescents, the goal is to help them become well-adjusted, healthy adults who contribute to society. Encouraging a healthy family support network is part and parcel of that goal. Should Richard ultimately identify himself as gay, Dr. Moore can help him recognize that open and honest communication is best and that eventually he will need to tell his family. Dr. Moore might help Richard tell his parents or help him determine when the best time to do so might be. For the time being, until Richard is ready to share the information, Dr. Moore’s most important role is to ensure that Richard has a safe place to visit any time he needs to. 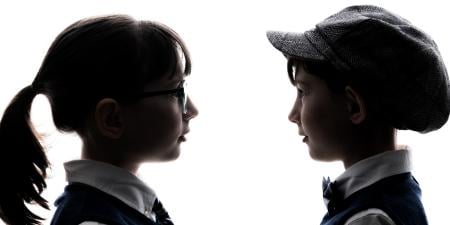 Suppression of Puberty in Transgender Children 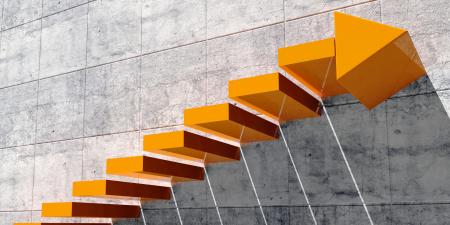