Phil is a third-year medical student at a northeastern university. During the summer between his second and third year, he was selected to go to El Salvador with a team of surgeons who staff a rural clinic for two weeks twice a year.

Phil thought that his main activity would be shadowing the surgeons. The clinic, however, was extremely busy with the doctors seeing hundreds of patients a day. On Phil’s first day, one of the surgeons gave him a white coat and told him to introduce himself as “doctor.” He saw patients by himself and, with his fairly fluent Spanish or through translators, gained their consent for surgical procedures. In the operating room, after a brief introduction to suturing and sterile technique, Phil was given the responsibility of prepping the patients before surgery and suturing the incisions afterward. The surgeons were usually out of the room while he performed these functions.

At first, Phil was thrilled to be getting such experience at so early a stage in his training. In the United States, that kind of responsibility was usually reserved for second- and third-year surgery residents. But after a patient he had prepped for surgery returned with a wound infection, Phil looked at the situation differently.

He asked one of the surgeons at the clinic if it was appropriate for him to be performing functions on patients in El Salvador that he would not be allowed to perform on patients in the United States. The surgeon replied, “Relax, the rules here are different than at home. No one tells us what to do here. Besides, if you didn’t help us out, we wouldn’t be able to see as many patients and some people wouldn’t get the help they need. Is it better for the patient to get less expert care or no care at all?”

When foreign students and doctors provide medical care in a host country they encounter a spectrum of ethical dilemmas intensified by the addition of foreign medical personnel. Not only do the host institution’s standards and the personal and professional standards of local clinicians influence patient care, but the standards of the foreign brigades do also. Added to this is the likely burden of a cultural divide that can lead to false assumptions and misunderstandings between caregivers and between caregivers and patients.

On one hand, the ethical boundaries of this scenario are quite clear compared to many of those that cause real-life quandries for medical students. The ultimate responsibility for the appropriate care of patients in this case would appear to lie with the brigade physician because he has assumed primary responsibility for the patients. As an aside, one might question how this assumption of authority originated; most likely not from a deliberative and collaborative process between the hosts and the foreign volunteers as a partnership of equals.

On the other hand, students have a responsibility to refuse to perform procedures that they do not think they are trained or competent to perform or perhaps are just uncomfortable performing. In this scenario, the comfort level or competency of the student, Phil, is not known, nor is the content of his “introduction” to prepping and suturing—or even how many patients he had seen independently and successfully. We do not even know whether Phil was responsible for the infection or whether it was related to conditions in the surgical suite. What is important, aside from possible negative consequences for the patient, are the potentially devastating emotional consequences for the student. A colleague recently shared with me that he has regrets to this day about a procedure he performed independently while in Guatemala as a fourth-year medical student.

Phil could have told the doctor that he was unable to see patients independently until he had received more training and supervision during the treatment of his first few patients. While this premise would apply both at home and abroad, I think students need to be especially careful not to “experiment” when they are guests in another country. Sometimes this boundary is not always clear. In response to this case, a colleague who was the patient safety officer at the University of Massachusetts, commented that students are frequently “at the edge of their comfort zone” and that learning takes place because students have new experiences and increase their ability to act independently. We both agree, however, that if a student expresses discomfort at performing a procedure, it is the responsibility of the attending to supervise the student initially.

When the senior clinician is from the host country, I think it is more complicated, in that he or she may be more likely to overestimate the skill set of the foreign student, being unfamiliar with the training the student has received. In such instances U.S. students have to take the primary responsibility to act within their current training boundaries.

While there may be greater likelihood of a case such as this one occurring abroad, I am reminded by one medical student that the exact scenario has occurred during her medical training here. Another student said, “I think a lot of medical school involves performing tasks that you are not qualified for or adequately trained to do.”

There will be some occasions when it is appropriate for a student to go beyond his or her skill set, especially if a life is on the line and there is no physician around. Just such a situation was experienced by one of our senior students in Africa. She was helping transport a patient by pickup truck when he suddenly went into respiratory distress and was close to failure. The accompanying nurse was 19 years old and had training equivalent to that of a first-year medical student. Realizing that the nurse was looking to her to act, our student proceeded to nebulize the patient and gave him steroids and the appropriate antibiotic. Her treatment was successful. A U.S. student is unlikely to be in a similar situation here at home, so at times it is appropriate for a student to function differently abroad because of a paucity of adequate resources. Although she had not encountered such a patient before, the senior student had a critical base of knowledge, ability and problem-solving skills to go beyond her training but not beyond her competency level.

The tenets of competence and non-experimentation are cornerstones of a standard of appropriate caregiving. Students have to feel competent in performing a procedure and judge that they are not experimenting on a patient in a way that could cause harm. Added to that standard is the need for full disclosure, whereby, whenever possible, students abroad inform patients of their level of training and disclose whether they have performed a procedure before.

How can we as educators responsible for placing students abroad prevent them from providing care for which they are not trained? Adequate preparation by medical school faculty is paramount. This involves the careful selection of brigades in which it is appropriate to include students. Phil’s supervisor, the surgeon, has a pejorative attitude toward his hosts, barely masked in his statement that “the rules are different than at home. No one tells us what to do here.” A student once told me that she thought the U.S. physician on her brigade was “experimenting” with unorthodox procedures.

In addition, medical schools need to prepare students adequately. We currently do not have a code of ethics at the University of Massachusetts specific to student electives abroad, but medical schools should probably adopt one that includes specific scenarios like the vignette in this article. Such a code or at least the case scenarios could then be used in faculty preparation of students for work abroad, whether it be as part of a course on global health or a more informal setting. 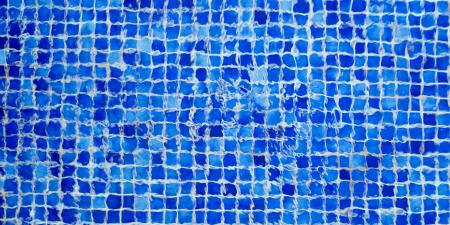 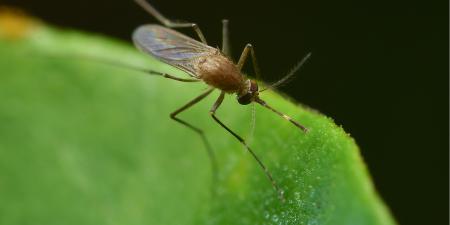 How Has the Global Fund Affected the Fight against AIDS, Tuberculosis and Malaria?