Medicine has long been a subject of interest to the popular media. Major newspapers have separate health sections and medical investigative teams; network news stations feature in-house doctors; television channels have an array of medicine-centered shows. With the emergence of Internet publications and blogs, the medical world is more exposed than ever. The media's constant broadcasting of medical fact, fiction or a blend of the two has consequences far beyond informing or entertaining the public; its portrayal of medicine—through investigative journalism and constant attention to certain themes—directly impacts the way the health care system operates, making it necessary to examine the ethics of the enigmatic relationship that medicine and the media share [1].

Is the media an enemy or an ally of medicine? A more informed public should mean a more informed patient, a common goal of both medicine and the media. But the accuracy and presentation of the information comes into question at times, putting the goals of journalists and physicians in conflict. Take media acclaim of medicine's achievements, for example. This reporting would seem to be innocuous, but in fact it can have ethical implications. Coverage of scientific progress can produce millions of dollars of investment for research. The catch? Reports delivered at annual society meetings are often preliminary and not yet validated—a fact that is seldom made clear to the reader or viewer [2].

Part of the onus for greater accuracy is on the media. The Statement of Principles of the Association of Health Care Journalists calls for reporters to "understand the process of research" and be judicious with words such as "cure" and "breakthrough" [3]. Scientists, too, shoulder some of the responsibility for accurate reporting, but downplaying the potential of their research could compromise the funding upon which their projects depend. With the scientific community and the media so heavily invested in finding and reporting the next major "breakthrough," ethical standards become increasingly crucial in disseminating information to the public.

Medicine is a self-regulating profession, but physicians can be wary of whistle-blowing for fear of lawsuits, disapproval from colleagues and even losing their jobs [4]. Enter the journalists, who believe it is their professional duty to be watchdogs—asking questions and uncovering problems. It is not surprising then, that this relationship is fraught with mutual distrust. Reporters believe their stories empower the patient, while many physicians believe these same stories compromise their professional autonomy and the patient-physician relationship. Given such different interpretations of a medical reporter's role, the natural response of physicians might be to avoid the press and, indeed, most do. But silence is not the solution. If physicians call on journalists to be more thorough with their reporting [5], they, in turn, must be willing to provide the correct context. A survey recently conducted in Great Britain for the Royal College of Physicians found that physicians are the most trusted source of information, ranking significantly higher than journalists [6]. This position imposes on physicians the responsibility to make time to inform the public about health matters.

The debate on the public role of the physician has taken on new meaning with the recent popularity of medicine-based reality television shows. Despite the word "reality," the portrayal of medicine in these programs is, many physicians argue, far more fictitious than true to the way medicine is practiced. In MTV's I Want a Famous Face, physicians altered patients' appearances to make them look like celebrities. It has been argued that these shows present the public with a distorted view of specialties like plastic surgery. But the public has been responsive, and the plastic surgery business has instead seen increases in the number of patients and revenue. Since the 2002 airing of ABC's Extreme Makeover, not only have there been more plastic surgery TV shows, but the number of cosmetic surgeries performed in the U.S. has increased by more than 65 percent [7]. The greater overall exposure of plastic surgery raises many ethical questions. Do physicians have responsibilities to their profession as well as to their own practices? Who determines what is and what is not a good image for the specialty? Most importantly, what is in patients' best interest?

Society's image of medicine is probably most defined by medical dramas. Since 1950, there have been at least 70 medically themed television programs, with many ranking among the highest-rated shows of their time [8]. Despite their assembly of actors and scripts, medical dramas offer a glimpse into the workings of a hospital that often seems remarkably real. The surgeons of Grey's Anatomy and trauma physicians of ER seem almost like a part of our medical community. But ultimately, these dramas are just that, dramas. They are predicated on conflict, heroes and villains, life and death stakes. To a great extent, medicine is a natural fit for television just because it has many of those elements in its day-to-day operations. But members of the public who base their opinion of physicians on television shows may find their expectations unfulfilled and their experiences disappointing.

Fictional medical conditions and treatments often fall well outside the ordinary, but when extraordinary themes are repeated enough they become routine in the public eye. So people have come to expect either a medical miracle or a medical mishap, whereas in reality both are unusual. For example, according to a New England Journal of Medicine analysis, 67 percent of TV drama patients who received CPR survived [9]; however, published reports indicate that the actual range of patient survival is 0 to 16 percent [10]. The disparity between fictional and actual medical accounts can influence patients' perceptions of physicians' ability to find a solution. Moreover, if a miracle is not achieved, patients and their families often suspect error, which puts physicians in the precarious position of living up to inflated expectations while managing distrust on the part of their patients.

In this issue of Virtual Mentor, experts examine many of these ethical dilemmas in the relationship between medicine and the media: media's role as a watchdog over medicine, real physicians in the media, fictional representations of physicians and misleading presentations of disease and illness—to name a few. This month's authors offer interesting analysis and firsthand perspectives on why a more symbiotic relationship would be mutually beneficial, and how that can happen even as each party strives to fulfill its own role better. 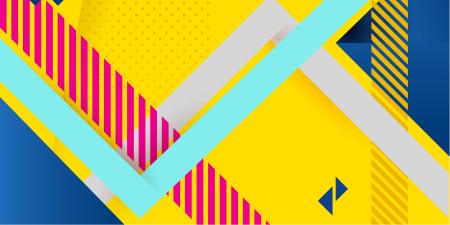