House is a show about zebras.

Some time in medical school or residency, every young doctor is told: "When you hear hoof beats, look for horses, not zebras." In other words, focus on the common causes of symptoms first, not the obscure ones.

Gregory House, MD, the specialist other doctors call when they can't make the diagnosis, takes the opposite approach. The leading character in the Fox television show House is cantankerous, curmudgeonly, disheveled and frequently unethical—and undeniably brilliant. His final diagnoses are almost always some little known or forgotten disease, often a zoonotic infection that, at most, a paragraph was dedicated to in medical school. Here is a look at the medical aspects of three cases from the show.

A young man suddenly goes into anaphylactic shock in the middle of a fight. He has a complicated medical history, but it is determined that he has hydatid cyst disease. The fight caused a cyst to rupture, leading to anaphylaxis.

Hydatid cyst disease comes from the ingestion of the eggs of Echinoccus granulosus, a canine tapeworm. Since a human is not the preferred host for this parasite, it cannot complete its normal life cycle and instead develops into a metacestode, or hydatid cyst. Upon human ingestion, the egg travels through the bloodstream until it reaches a hospitable organ, generally the liver or lung. Once there, it slowly develops into a large cyst over several years. Most patients have a single cyst, though 10-15 percent have two or more.

Symptoms of hydatid cyst disease usually occur only after the growth has been present for several years—sometimes as many as 10 or 20—and are caused by the mass of the large cyst impinging upon the organ surrounding it. Cysts can also become symptomatic due to secondary infection [1]. In the liver, cysts can cause right upper quadrant pain, hepatomegaly, nausea and jaundice; in the lungs, they can lead to shortness of breath, chronic cough and hemoptysis. Regardless of its location, a cyst can rupture, spilling its contents and possibly producing an acute inflammatory response that mimics cholangitis or pancreatitis. In susceptible individuals, a ruptured cyst can produce anaphylactic shock; this is what happened in House.

Hydatid cysts are diagnosed with imaging studies and serology. An ultrasound is best to find cysts in the liver, while computerized tomography is used for locating them elsewhere in the body.

Surgical removal of the cyst is the main treatment for the disease, with mebendazole or albendazole started several days before surgery and continued for a month afterwards to minimize the risk of secondary cysts. For cysts that are not amenable to surgery, PAIR is another option. PAIR stands for puncture, aspiration, injection of an heminthicide and reaspiration. This regimen carries a higher risk of secondary spread than surgery. In selected patients, a third option is several months' treatment with antiparasitic medication coupled with close follow-up [2].

In another episode of House, a firefighter is admitted to the hospital with meningeal symptoms. One of the doctors who inspected the patient's apartment and greenhouse seems to have acquired the same condition. Test results are consistent with meningitis but reveal no definitive cause. The condition of both patients worsens despite aggressive medical management, and the firefighter slips into a coma and dies. Ultimately, the disease is pinpointed as amebic meningoencephalitis caused by an infection with the Naegleria ameba which had infested the homemade heated irrigation system in the firefighter's greenhouse.

Naegleria fowleri is an ameba found in warm water. When a person dives or swims in infected water, the ameba enters the body through the nose. It then crosses the cribiform plate into the olfactory nerve and enters the brain. A purulent meningoencephalitis follows.

Patients often notice disorders of smell or taste first and then develop symptoms common to most forms of meningitis: headache, fever, nausea, vomiting and stiff neck. As the infection advances, physical complaints become more severe, often including confusion, loss of balance, seizures, hallucinations and coma. Death usually follows within three to seven days after the infection.

The diagnosis of primary amebic meningoencephalitis is made by visualization of the ameba. Cerebral spinal fluid (CSF) findings are of little help since they can be similar to those of bacterial or viral meningitis, and Gram stains rarely show the ameba. A wet mount of the CSF is the best way to spot the parasite [3, 4].

Amebic meningoencephalitis caused by Naegleria is nearly always fatal. The only treatment that has been shown to be effective is amphotericin B, but it must be given both systemically and intrathecally. Fortunately, this therapy saved the life of Dr. House's associate. Antifungal agents like azoles have shown promise in laboratory testing, but in vivo results are still lacking [5].

In a third episode, a young autistic child is hospitalized with behavioral changes and partial vision loss. His history reveals pica, particularly of dirt and sand from a sandbox. The physicians diagnose neural larva migrans caused by the ingestion of dirt contaminated with eggs from the raccoon roundworm.

Baylisascariasis, or human infection with the raccoon roundworm (Baylisascaris procyonis), can come from ingested soil or food contaminated with infected raccoon feces. The ingested eggs hatch into immature larvae in the human intestine. These larvae migrate throughout the body causing visceral larva migrans. The infection frequently results in a neural larva migrans when the larvae enter the brain or spinal cord. The larvae have also been known to enter the eye, causing optical larva migrans [6, 7].

Baylisascariasis is most common in young children, particularly young males. There have been 15 known human infections since the first case was reported in 1984 [8].

The severity of the case depends on the number of eggs ingested. Nonspecific neurological symptoms including weakness, irritability and behavioral changes usually appear one to four weeks after ingestion of the eggs. Vision changes are also common. Often the diagnosis is not made until severe neurological symptoms such as loss of coordination, convulsions and coma appear or death occurs.

Diagnosis is based primarily on symptoms and history. Identification of the larvae in the tissue confirms the diagnosis, but is often difficult to obtain.

There is no proven treatment for raccoon roundworm infection. Abendazole and corticosteroids have been tried most often, with mixed results. As with many other diseases, prevention is key [6, 7]. But, as television would have it, Dr. House's patient survived. 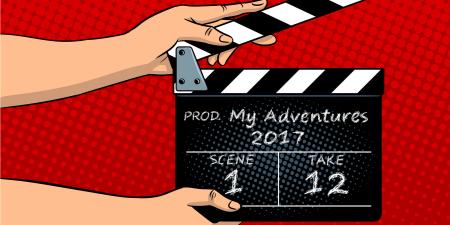