First there was barter. A well-cooked meal for a lanced boil. Cords of wood for a home visit. A chimney sweep for a gash treated. And then there was commodity money such as tobacco, not to mention wampum. However, with specie and paper money on the rise in the New World colonies, barter was increasingly being relegated to a historic footnote. The outright innocence of it all notwithstanding, the ethics of barter and medicine in days of yore was most likely just as challenging as ethics is at present with contemporary monetary counterparts. The constancy of the fundamentals of human nature would have seen to that. Still, medicine was simply not all that present in most people’s lives. Few users. Few providers. This constrained transactional scope all but precluded the notion of medicine as a business on a grand scale. Interestingly, this steady state of “cash for care” had held sway through centuries during which physicians occupied a lofty perch. The twentieth century changed all that. This commentary explores the potential ethical fallout from the contemporary juxtaposition of money and medicine in the practice, business, and industry arenas.

The Rise of Fee for Service

Ironically, it was the advent of the employer-sponsored health insurance paradigm [1] and its “fee-for-service” payment system [2] that ushered in the contemporary business of medicine and the ethical challenges thereof [3]. Under this system, patients were kept in the dark about the going rates for health care services. Details of the latter were the proprietary domain of physicians and payers. Confidentially negotiated agreements saw to that. What is more, patients were not assigned the responsibility of paying the bills for medical services rendered, the accountability for which had been assumed by their employers. Having been taken off the proverbial financial hook, patients broadly embraced the newly inaugurated third-party insurance universe, wherein the conspicuous provision and consumption of health care services became the new normal. For their part, physicians did their very best to accommodate the growing demand. Aided and abetted by fee-for-service payment policies, the new world order now linked physician reimbursement to the volume of units of service rendered, thereby establishing medicine as a retail business. Happily uninformed—indeed blissfully oblivious—patients offered no resistance and did little to douse the flames of overconsumption. A culture antithetical to “choosing wisely” ensued [4], wherein the need to “bend the cost curve” became increasingly urgent [5-7]. It will be some time before current efforts at reform reestablish measures of accountability and discernment [8].

Money and Medicine in the Practice Arena

Stripped to its core, medicine is a service industry, the product of which is health care. As such, the practice of medicine, not unlike the provision of any other service, is deserving of professional remuneration. Viewed in this light, medicine and money are sensibly interrelated and by extension indivisible. Less clarity exists, however, about the question of whether medicine should be a conduit to wealth accumulation. To its proponents, the notion of medicine as the road to personal wealth constitutes just another example of free-market economics. Medicine, after all, is but another form of business, and conflicts of interest never enter the equation, given a self-regulated, unswerving clinical decision-making process. To its detractors, the notion of self-enrichment from the practice of medicine represents an example of capitalism gone awry. According to this outlook, striving for riches in the healing professions is rife with financial conflicts of interest, with clouded clinical judgments, and with a compromised professional posture. Examined in this light, medicine and money appear irreconcilable [9]. Cautionary sentiments along these lines have reverberated over the ages. The twelfth-century Physician Oath of Maimonides offers the hope “may neither avarice, nor miserliness…engage my mind” [10]. The fifteenth-century Oath of Vaidya, intended for Hindu physicians, offers the admonition “You must put behind you…greed” [11]. The sixteenth-century Rules of Enjuin lay out a comparable line of reasoning wherein Japanese physicians are counselled against “avarice” [12]. The above notwithstanding, several other physician oaths and pledges make no mention of the subject. Notable examples include but are not limited to the Hippocratic Oath [13], the Physician’s Oath (The Declaration of Geneva) [14], and the Oath of Asaph [15]. Whether or not the authors of the latter three attestations deemed money and medicine to be reconcilable is unknowable.

As a matter of course, the practice of medicine comprises both specialty and primary care disciplines. In general, the former, especially the surgical varieties, are more remunerative than the latter. It follows that greater financial returns from the practice of medicine are more likely in the specialties than they are in the primary care arena. This conclusion appears to be particularly applicable to the “cash-only” segment of medicine exemplified by the subspecialties of plastic surgery and cosmetic dermatology and some subspecialties of assisted reproductive care, to name a few. As such, it is hardly surprising that a body of peer-reviewed contributions highlights the role of debt in the career choices made by medical school graduates [16, 17]. It follows that decisions at the earliest stages of a medical career may be guided not only by professional preferences but also by the need to address financial realities and goals.

Money and Medicine in the Business Arena

Medicine and money become further entangled when the role of the physician-entrepreneur is considered. Herein, the focus is on the business rather than on the practice of medicine [18, 19]. The literature is largely mum on the pervasiveness of this preoccupation among actively practicing physicians, although the fraud and abuse literature suggests that only a vanishingly small fraction is involved [20]. Still, physician ownership of health care businesses constitutes a growing reality deserving of mention. As it stands, physicians are invested in pharmacies, distributorships, toxicology laboratories, pathology laboratories, surgery centers, imaging centers, radiation therapy centers, physical therapy centers, and sperm or egg banks to name a few health care enterprises [21, 22]. Physicians also invest in and own hospitals and group purchasing organizations.

As going business concerns owned and operated by nonphysicians, the aforementioned enterprises raise little or no concern. In contrast, physician-owned and -operated health care enterprises have been the subject of federal scrutiny for the better part of three decades [23, 24]. In most if not all cases, concerns have revolved around the practice of self-referral and the possibility of an attendant financial conflict of interest [21, 25-28]. Restrictive covenants followed. The Stark Laws (“Physicians Ownership of and Referral to Health Care Entities”) of 1989 and 1993 targeted self-referrals to physician-owned outpatient facilities [29]. More recently, section 6001 of the Affordable Care Act (“Limitation on Medicare Exception to the Prohibition on Certain Physician Referrals for Hospitals”) set its sights on physician-owned hospitals [30]. To proponents of medicine as a business, physician-entrepreneurs are merely a sign of the times. Viewed in this light, physician self-referral represents a patient-centered care-enhancing proposition. To its detractors, self-referral is ethically challenging, possibly unnecessary, and potentially harmful. On this plane, never the twain shall meet, let alone reconcile.

Money and Medicine in the Industry Arena

Another frontier whereon medicine and money have been vying for a modus vivendi is the interface between medicine and its industry partners. Herein, concerns revolve around the possibility that clinical decision making will be influenced by financial ties to manufacturers of drugs, devices, biologics, and medical supplies. Payment categories in this context may include but need not be limited to royalty, licensing, promotional speaking, consulting, and research. Physician ownership and investments in industrial concerns have also come to the attention of regulators. Importantly, this intersection of money and medicine has, not unlike the self-referral phenomenon, been the subject of substantial federal scrutiny. Long-standing drives to enumerate and report the financial transactions between physicians and industry have finally been consummated with the implementation of section 6002 (“Transparency Reports and Reporting of Physician Ownership or Investment Interests”) of the Affordable Care Act, also known as the “Physician Payments Sunshine Act” [31]. As a result, physician-industry financial interactions are now largely transparent and publicly listed [32]. What is more, significant tightening of the financial conflict-of-interest rules associated with industry-funded continuing medical education [33] has further attenuated the financial dimension of the medicine-industry interface. The same appears to hold true for the all-out exclusion of pharmaceutical sales representatives from most physician offices and health care facilities [34]. Finally, author disclosure requirements of industry support have been introduced in an effort to assure the integrity of the peer-reviewed literature [35]. These policies are presently undergoing reevaluation [36, 37].

In a 1992 editorial, the late Arnold S. Relman, MD, then editor of the New England Journal of Medicine, singled out physician self-referral [25] as a prime example of the “growing encroachment of commercialism on medical practice” [38], which he termed the “medical-industrial complex” [39]. A highly influential thesis, this far-reaching observation has withstood the test of time. However, its impact on the commercialization of medicine and on the attendant ethical fallout remains debatable. Consider the matter of self-referral. The detrimental consequences of self-referral are well documented [21, 22, 27-29, 40-44]. However, opinions as to its value and its ethical implications remain as irreconcilable as ever [45].

Going forward, physician reimbursement will be altered by the anticipated dismantling of the “fee-for-volume” payment system and its substitution with “fee-for-value” alternatives [46]. Whether or not a momentous alteration of the economic ground rules on this scale will in effect change hearts and minds remains doubtful. More than likely, money and medicine will remain both indivisible and irreconcilable for some time to come. Few expect otherwise.

AMA Code of Medical Ethics’ Opinions on the Physician as Businessperson

AMA Council on Ethical and Judicial Affairs
May 2009 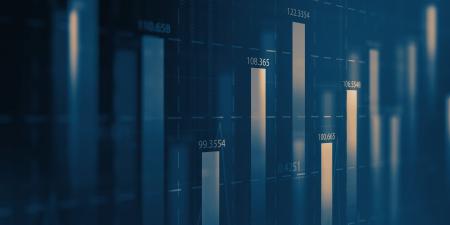