In the last half-century, numerous technological advances, including oral contraceptives, in vitro fertilization, and prenatal testing, have drastically altered the nature of human reproduction. In turn, these technological innovations have challenged prospective parents, physicians, medical ethicists, and policymakers to reconsider what it means to become a parent and to question how much control individuals should have over what were previously the limits of biology, be it infertility or the genetic traits of a new child. At the same time, in the 40 years since abortion was made legal by the Supreme Court decision in Roe v. Wade, our society has continued to vociferously debate the obligations, if any, that individual women and society have to the unborn.

Yet these intense debates in the academy, in Congress, and in the public sphere almost seem to suggest that reproduction is primarily an issue of conception— whose sperm? whose egg? how and where will they meet?—and pregnancy—in whose uterus? what rights has the fetus? can it be terminated?

Outside of these highly publicized debates, reproduction extends far beyond conception and pregnancy. In reality, many women consider their reproductive plans years before becoming pregnant and may make significant life choices well in advance of that moment of conception. Once a woman becomes pregnant and gives birth, her engagement with her children has only just begun. In the process of raising the new generation, there is an infant, a toddler, a child, an adolescent, and a young adult, all with unique needs and possibilities. Thus, to understand reproduction in a fuller sense, we need to look beyond the moments when egg meets sperm, when an embryo implants in a woman’s body, or even when a baby is born, and consider reproduction across the lifespan.

This theme issue of Virtual Mentor on medicine and motherhood aims to do just that. The articles cover the many stages of this reproductive lifespan, with particular attention paid to women’s experiences as mothers and caregivers. At one end of this timeline, Kate Treadway considers the personal and professional questions a young medical student may face when choosing a career path and considering her own reproductive future. At the other end, Sidney Callahan offers a personal narrative of her stepmother’s her final years with Alzheimer disease, in which the caring roles of mother and daughter were reversed.

In considering this timeline, several themes emerge. Perhaps not surprisingly, technological and clinical innovations continue to raise questions for mothers and care providers alike. Yet when compared to innovations such as in vitro fertilization or preimplantation genetic diagnosis, the questions of technology presented here are more mundane yet more pervasive, arguably affecting women in far greater numbers. Anne Lyerly and Ruth Faden show how pregnant women have been left out of the widespread progress toward evidence-based prescribing and exposed to danger by a clinical trial structure that severely limits the testing of medically necessary drugs on women who are pregnant. Alice Dreger and Aron Sousa point to the lack of evidence-based medicine in the debate between “natural” and “medicalized” childbirth. Both articles demonstrate the haphazard application of medical knowledge and technology to motherhood and the unborn, about which emotions and cultural prescriptions run deep. Jessica Martucci continues this exploration of technological innovation and motherhood by examining the history of the breast pump and highlighting the limits of technology in addressing what are essentially social challenges faced by mothers.

Nearly all essays in this theme issue deal at some level with questions of responsibility. To what extent do we attribute the well-being (or lack thereof) of children to their genes or their environment? And within the category of “environment,” how much responsibility do we place on parents, and mothers in particular, rather than society as a whole? Kristin Hessler examines recent research in epigenetics that offers an explanation of how genes and environment—including social structural factors—are interrelated, manifesting in the persistence of health disparities over generations. Hessler draws on theories of justice to make a case for greater social support in light of these scientific findings. Yesenia Perez discusses attempts to criminalize ingestion of dangerous substances by pregnant women, querying the motivations behind and ultimate effectiveness of these efforts to protect the unborn. Benjamin Silverman and Anne Gross take on a subtler version of this issue in the clinical setting, considering the case of a woman who would like to continue her antidepressant therapy during pregnancy, even though the treatment may pose some risk to her developing fetus. Grappling with this theme of responsibility in a different context, Josephine Johnston examines the history of etiologies of schizophrenia in children, from the theory of the “schizophrenogenic mother” of the past to the genetic model of the present, in an effort to leave mother blaming behind without rendering parental responsibility forbidden to discuss.

The articles in this issue also consider the diversity of contexts in which women become mothers and the ways in which these contextual specifics matter. Rachel Simon and Jennifer Clarke shed light on the unique challenges faced by incarcerated women who are pregnant or give birth while in the criminal justice system, offering a pointed critique of the use of shackling during labor and delivery and the separation of mothers and their newborns, sometimes permanently. Autumn Fiester and Lance Wahlert comment on the case of a lesbian couple expecting a child in which the nongestating mother would like to induce lactation so both mothers may breastfeed. Nancy Berlinger and Rebecca Kaebnick examine motherhood in the context of care labor more broadly and consider issues of justice when poor women, often from the Global South, migrate out of economic necessity to provide care for elderly Americans, often leaving their own children behind.

The articles in this theme issue by no means capture fully the rich diversity of experiences with motherhood. To give just a few examples, the articles here do not begin to address questions of infertility, of families adopting children, or critiques of the concept of motherhood itself, preferring instead some conception of parenthood not linked to gender. But what this set of essays can capture is a glimpse of the ethical complexity of motherhood, especially as it intersects with medicine and health care, that is not limited to the pivotal events of conception and pregnancy.

The Ghost of the Schizophrenogenic Mother 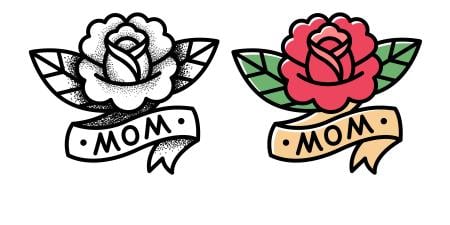 Whose Hands? Global Migration, Elder Care, and the Mothers of Others