In 2003, during a trip to Ethiopia, I met James Tumwine, a professor of pediatrics at Makere University, Kampala, Uganda [1]. James told me that he had been asked by the World Health Organization (WHO) to investigate a mysterious illness in southern Sudan called “nodding disease” [2]. The unusual disease gets its name from the fact that some affected children experience absence seizures after they eat (so it seems as if they are nodding). Before beginning his investigation of the outbreak, he wanted to read all the research previously published on nodding disease. Unfortunately, when he went online for the crucial research articles, he was unable to read them because of the prohibitively high download costs. The literature that he needed was simply out of his reach.

The effect of these enormous access tolls is that most people worldwide cannot afford to read the biomedical literature. A potential treasury of life-saving medical knowledge is locked away. And those who arguably have the most need to access medical information (i.e., health professionals in low- and middle-income countries) have the least access to it. This is a perfect example of what the famous primary care doctor Julian Tudor Hart called “the inverse care law”—those who need the most, receive the least [4].

This fee is not the only barrier to access; a second major barrier is that most subscription-based medical journal articles are published under a traditional, restrictive copyright license. In other words, the journal (not the author) owns the copyright, and the journal makes it illegal for readers to make multiple copies, translations, or derivative works of the copyrighted articles. The researchers who did the research and wrote the article must hand over copyright to the journal; they no longer own their own work. In fact, if they want multiple copies of their own paper, they must purchase them from the journal.

Now think about the implications of such restrictive licensing for public health. Let’s say you’re the minister of health in a low-income country such as India or Brazil—countries that face a major burden of HIV infection. A research paper that reports an important breakthrough in preventing mother-to-child transmission of HIV is published in a subscription-based journal. You would like to e-mail a copy of that paper to the thousands of health professionals in your country, translate it into local languages, and publish it in local books. But the journal owns the copyright so you’d be breaking the law if you distributed the paper in these three ways.

This traditional, restricted-access model of journal publishing is enormously profitable to the publishers; the business of selling journals and articles to the rich world is a $5 billion industry [5]. But I believe it is harming global public health in many ways, principally by starving health workers worldwide of the information that they need for their daily practice [6]. Information is the lifeblood of medical practice. As Hooman Momen of the WHO stated, “Health is perhaps the area of most intense demand for greater access to scientific and technical information, partly because failure to obtain it can be literally fatal” [7].

Restricted access is also preventing developing countries from strengthening their health systems, which are built upon knowledge. I have previously argued that developing countries “are increasingly improving their capacity to use medical, scientific, and technical knowledge to solve local health, environmental, and social problems themselves, hence closing the knowledge gap is a crucial factor in international development” [6]. It is also difficult to build medical and scientific research capacity in these countries while the researchers have so little access to the literature—research always involves “building on the shoulders of giants,” that is, building upon what came before.

The good news is that there’s a global grassroots movement, called the open-access movement, which is working to make biomedical literature a freely available global public good. I work for the international nonprofit organization, the Public Library of Science, as an editor at two open-access journals, PLoS Medicine and PLoS Neglected Tropical Diseases [8-9]. The content in all seven PLoS journals is freely available in full text forever and published under a Creative Commons license [10]. Under this licensing, the authors (not the journal) own the copyright—and they grant readers the right to make unlimited copies, distribute the paper freely, and make translations and derivative works provided that the authors are given credit for their work and that the work is properly cited.

I wish that this article that you are now reading were available under the Creative Commons license—but unfortunately the American Medical Association (publisher of Virtual Mentor ) denied my request and insisted on owning the copyright. Nevertheless, Virtual Mentor does allow you to reuse this piece under the following conditions: “Anyone is free to quote from, copy, and distribute VM articles for educational purposes, as long as no charge is imposed on the material and the author and original source of the material are acknowledged, including the fact that the material is copyrighted by the American Medical Association” [11].

In an editorial that we wrote for the Bulletin of the World Health Organization, the PLoS Medicine editors laid out the various ways in which the Internet is revolutionizing medical journals [12]. It is now possible, we argued, to disseminate health information at no charge to anyone in the world with online access. Although it costs money to peer review, edit, produce, and host an online article, this is a one-time, fixed cost. If research funders are willing to pay this cost, then the published work can be made freely available to all readers worldwide, and there would be no need for journal subscriptions. Since we wrote that piece, research funders worldwide have begun to mandate that the researchers they support must make the final published research paper freely available. And these funders have agreed to cover the costs of publication so that the final paper can be made free to everyone worldwide. To give just one example, it has now become law in the United States that any researcher who receives a grant from the National Institutes of Health must make his or her paper freely available in full text no later than 1 year after publication [13].

Universities worldwide, such as Harvard University Faculty of Arts and Sciences and the University of Zurich, Switzerland, have also begun to mandate that their faculty put a copy of all articles they publish into a freely available repository. We should surely applaud this university activism, since it means that the public can now gain access to the universities’ research output. Such research is conducted for the public good, so it makes perfect sense that the research results be made publicly available through university repositories. At the time of writing this, there are 77 open-access mandates from research funders and institutions worldwide, and 14 more are in the pipeline [14].

Universal access to the biomedical literature will, I believe, have a profound effect upon public health, health education, and the economic development of low-and-middle-income countries. “No longer will physicians have to base their practice on half truths,” say the PLoS Medicine editors [12]. “Instead, everyone from patients to policymakers can read for themselves the evidence on which crucial science and health policy decisions are made.” Patients, medical educators, nongovernmental health organizations, medical charities, medical and public health students, and health activists all will benefit from a world in which anyone, anywhere can access the latest medical research.

But don’t just take it from me. Take it from the inspirational statement that came out of a December 2001 meeting in Budapest that helped catalyze the open-access movement:

Removing access barriers to this literature will accelerate research, enrich education, share the learning of the rich with the poor and the poor with the rich, make this literature as useful as it can be, and lay the foundation for uniting humanity in a common intellectual conversation and quest for knowledge [15]. 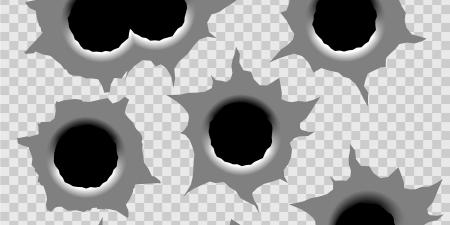 The Team Approach to Management of the Polytrauma Patient 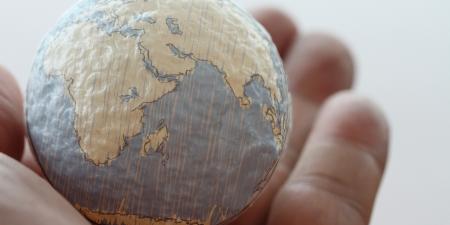