Dr. Andersen knocked on the exam door. “How are you doing, John?” he said, entering the room.

“Can’t complain,” the patient answered. “Just here for my prescriptions, same as always.”

John was an 82-year-old man who was being treated for hypertension and high cholesterol. His health had been stable for years, and he came in once every couple of months for refills. John was practically family to Dr. Andersen: his son, Matt, was one of Dr. Andersen’s closest friends. The two had attended high school and college together; Matt had even been the best man at Dr. Andersen’s wedding. In a small town like theirs, it was inevitable that professional boundaries between physician and patient were sometimes blurred.

“I just don’t know if Dad’s up to living by himself anymore,” Matt had said to one of the other guests. “He gets confused. Loses his keys, forgets how to drive home from the grocery store.”

Matt’s wife chimed in. “The other day Mrs. Lee found him walking around the parking lot at the store because he couldn’t remember which car was his. He shouldn’t be by himself in that big house. I just don’t think it’s safe anymore. What if he forgets to turn off the stove one of these days?”

Dr. Andersen was unsure how to proceed with the appointment. Right now, John seemed well-oriented and aware, but based on what he heard at dinner the other evening, he didn’t want to rule out the possibility that John might be developing Alzheimer disease.

“John, I’ve known you and your family a long time,” Dr. Andersen said. “Matt’s one of my closest friends. Heck, my kids play with your grandkids. I’ve got to say, it sounds like your family’s been worried about you lately.”

“Well, I don’t know that they’ve got anything to be worried about,” John said. “I’m just getting older, nothing unusual about that.”

“Matt tells me you’ve been having some trouble getting around,” Dr. Andersen told him. “I think he’s wondering if it’s still a good idea for you to be living alone.”

John stood up indignantly. “You listen to me,” he said furiously. “I’m perfectly fine living alone; I’ve been doing it for years. I got here to my appointment just fine, didn’t I? I don’t know what right you have to tell me what I should and shouldn’t be doing. What’s more, I don’t know who you think you are to be talking about my health with my kids!”

I am going to approach this case in two parts. The first part of the discussion will deal with the blurring of roles in rural practice and the second, with the particular case of John.

This is a case that hits pretty close to home. Before becoming an academic, I practiced family medicine in a rural community. There are a lot of rewards and positive aspects to rural practice, among them getting to know your patients. But this can also be a problem. What do you do when your patients are also your friends and the roles conflict? In a small town this is inevitable. You get medical questions and confidential murmurings regardless of where you happen to be: the grocery store, a holiday party, or the pizza shop.

Given that it is impossible to maintain a pristine separation between “practice” and “not practice,” the question becomes “what degree of familiarity and discussion is appropriate outside of the office?” And “what information gathered in a social situation can legitimately be applied in the clinical context?”

Being in rural practice places you in circumstances that may be best described by the anthropological term gemeinschaft. In a gemeinschaftenrelationship, people are related on more than one level (patient, friend, relative) and work towards the communal good—the self is often subordinated to the needs of the community. “Gemeinschaft” succinctly describes rural medicine; you are not just the patient’s doctor—you are the doctor for the football team, a friend, and perhaps a relative; you speak on health at local schools, are (usually) expected to attend fundraisers, and so on. In contrast, urban practice can be seen as a relationship of the “gesellschaft” type. That is, you have a relationship with patients on a single level: they are the patients and you are the doctor and you rarely if ever meet outside of the office.

For a physician, gemeinschaften relationships can be a source of conflict, as in this case. The physician and the patient’s family are close friends. But how does this friendship affect practice? It is clearly wrong to date a patient. Indeed, if we are going to have a romantic relationship with a patient, we should fire that patient from our practice and limit our relationship to one sphere: friend. But dating is a point on the continuum in the spectrum of relationships, which can range from pursuing someone romantically to being friends to accepting an invitation to dinner to attending a fundraiser at the country club organized by a patient. You are there in the role of doctor and friend and as a member of the community (here is that gemeinschaftthing again). This can make it very uncomfortable, especially when the roles get mixed.

One poignant example in my own life occurred at a wedding. I was told that a patient of mine was snorting cocaine in a bathroom. So was it my job at that point to leave the party and intervene? After all, we were not in the office. Should I ignore it and (maybe) feel guilty during the reception?

This raises larger questions. Where do you draw the line between your personal privacy and the needs of the community? Like it or not, you have more authority than other people and will be called upon when there is a need, in the office or not. You should not minimize the importance of this role. Your “good name” is at stake with every decision you make. And the consequences may be dire. If you lose your “good name,” patients may have nowhere else to seek care. Much as there is a continuum of friendships, there is a continuum of trust in your competence, your discretion, and your personality.

So this brings us back to the case and the question of what degree of communication about patients and family members is acceptable outside of the office situation as a friend, and how you are allowed to apply this information in the office as a provider. Important information is often divulged in casual (or purposeful) conversation. Obviously, as a physician, you cannot seek out information from, or discuss a patient’s care with, third parties without the patient’s permission. But, just as obviously, you cannot ignore family concerns and unsolicited-but-important information unless specifically forbidden to by the patient, and, by ignoring this information, you risk neglecting a patient. Where you draw the ethical line will differ with each case. Our job is to realize that there is ethical weight to such choices and act accordingly.

So how about John? We have a duty to maintain confidentiality as a well as a duty to protect. How do we deal with this conflict?

John has asked us not to discuss his care with his family. We must honor his request. The next time you see John’s son, you must firmly let him know that John requested that you not speak with him about his medical care. This may be uncomfortable and cause internal conflict because you are now trying to establish a gesellschaften relationship with John’s son (at least as far as his father’s care goes), and the natural thing in a rural community is more of a gemeinschaften relationship.

But we also have a duty to protect John. Luckily, we have the law (and, I would argue, ethics) on our side. If, in our judgment, John becomes unsafe and unable to care for himself to a degree that we judge him a “dependent adult,” we legally have the option of contacting health and human services in the community for an intervention.

I would also argue that, if he has Alzheimer disease, John is no longer the same moral agent he was before its onset, and discussing his care with his family may—the emphasis on “may”—be ethical. Review the development of rights in your mind. As children get older, they gain capacity, become moral agents and, as such, gain the right to drive, vote, and drink alcohol. In some senses, the process occurs in reverse for those with Alzheimer disease. It is clear that when one is severely demented, one loses the capacity, and therefore the right, to make decisions except through (one hopes) a benevolent surrogate. But you can also think of the loss of rights as occurring in stages. When John’s dementia gets to the point that he is a danger to himself and others (driving erratically, not eating), it can be argued that the degree of dementia present has led to the loss of capacity and therefore some rights, primarily in this case the right to drive (and perhaps to live by himself).

Where you draw this line in your own practice is up to you. It is critical that you confirm for yourself that there is a problem and that you discuss it with John first. Do not take the restricting of a patient’s rights lightly. But if you have assured yourself that John no longer has capacity to balance his checkbook, for example, and therefore may suffer imminent harm, I would conclude that you have the right to discuss it with the family. Because of dementia, John has lost the capacity and therefore the right to handle his finances. At this point, your duty to protect outweighs his right to confidentiality, at least in the financial sphere. As his dementia worsens, he may lose the right to drive, the right to confidentiality, and finally the right to live on his own. It is uncomfortable to countermand a patient’s wishes, but it is a reality. This is not to say that we should protect rational patients from bad decisions. We can only intervene when there is a loss of capacity in a particular sphere of functioning.

In summary, we need to balance the duty to protect with the patient’s right to confidentiality. At some point, the patient may lose capacity in a particular sphere and the balance may tip; maintaining confidentiality would harm the patient. It is at that point that you can discuss John’s care with his family. 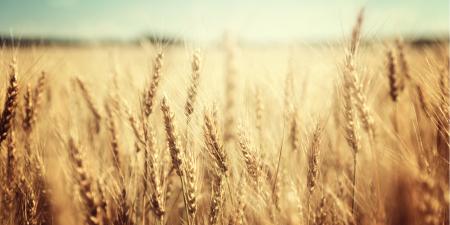 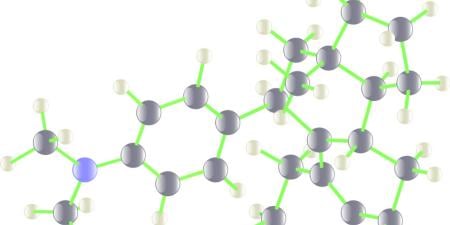 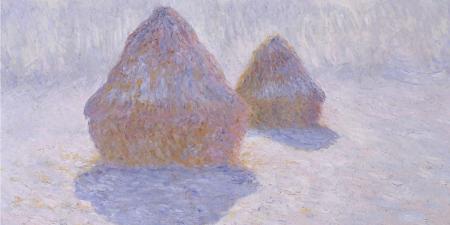 Federal and State Initiatives to Recruit Physicians to Rural Areas