When Jessica was 8 years old, her pediatrician, Dr. Rosen, recommended that she undergo comprehensive nutrition and exercise counseling to reduce her risk of future morbidity and mortality. She was overweight for her age, and there was family history of high blood pressure and coronary artery disease. Jessica’s parents took Dr. Rosen’s warnings seriously; they were both overweight and dealing with high blood pressure and diabetes, and saw their daughter heading down the same path. As a family, they attended classes and made some nutritional and behavioral changes, but with no real clinical success; Jessica’s weight gain was still above the normal curve. Two years later, Jessica and her parents returned to Dr. Rosen’s office. Her parents explained that it was difficult for the family to maintain the diet all the time or to exercise on schedule. Dr. Rosen agreed the task was difficult, but reemphasized its importance. He also told them that Jessica now had high cholesterol.

Worried that, with as little progress as she had made, Jessica would end up just like her parents and grandparents—overweight and struggling with high cholesterol, high blood pressure, diabetes, and coronary artery disease—her parents asked Dr. Rosen if Jessica could start on a medication like prevastatin to try to lower her cholesterol. They had seen advertisements for it that said the medications—known as statins (such as Lipitor)—could now be used in children. They said they also planned to speak to other doctors about aggressive interventions such as bariatric surgery.

Jessica’s case is a frustrating one for pediatricians. She is overweight and faces the potential health problems that arise from her obesity. The best way to treat those problems would be for her to change her habits—to eat less, exercise more, and subsequently lose weight. These lifestyle changes could lower her cholesterol, help control her blood pressure, and cure her diabetes. She and her family have tried those, however, and not succeeded. Now, she has a complication that can be treated—albeit less successfully—with medication. The pediatrician is thus being asked to provide a less effective treatment because the patient is, in essence, unable or unwilling to comply with the more effective treatment.

Over the last two decades, there have been many arguments about whether statins are truly effective for a youngster like Jessica. We will assume that they are. That is, we assume that a lifetime of statin therapy will lower Jessica’s cholesterol and risk of coronary artery disease and myocardial infarction.

But would giving her a statin make her healthy? Would it set her on course for a healthy adulthood? Or would it be, essentially, labeling her as a child with a treatable but incurable chronic disease? And, if the latter, are we, as pediatricians, doing her a service or a disservice?

Overweight and obese children and adolescents are turning up in pediatricians’ offices with ever greater frequency. Most pediatricians find the treatment of obesity and its associated problems to be one of the more frustrating clinical problems that they face, in part because many of the sequelae of obesity, such as hypercholesterolemia, hypertension, and diabetes, are treatable. But treatments administered over decades often introduce complications of their own.

The physician in this case must address two issues: the rising cholesterol level and the persistently unhealthy body weight that is its root cause. To that end, Dr. Rosen should consider a few questions:

Health is much more than a set of normal biochemical measures or the absence of disease. A healthy 10-year-old should have a high level of energy, a desire and ability to run and jump on the playground, the freedom to interact with his or her peers without fear of being bullied, and a generally happy outlook on life. Obesity could interfere with these goals. A statin drug will not help Jessica achieve any of these goals, nor will it improve her day-to-day functioning.

But it is not as if she hasn’t tried. Jessica has attempted nutrition changes and increased physical activity. Yet she still has multiple fasting lipid levels that are above goals. In light of these facts and her strong family history, it would be appropriate to treat Jessica with statin therapy. Such therapy would likely decrease her risk of cardiovascular disease in the future [1], and thus would improve her long-term health prospects. Even if nothing else changes, Jessica will likely live longer on a statin than she would without it. Nothing else is likely to work better. Bariatric surgery should not be considered at this time, given its invasive nature and undetermined therapeutic profile in a young adolescent. If her obesity persists, in spite of ongoing attempts at behavioral modification, Jessica may become a candidate for bariatric surgery in the future.

Statins won’t solve all her problems. With a continually escalating body mass index, Dr. Rosen’s young patient would still be at increased risk for premature puberty, social difficulties, depression and other psychological problems, diabetes, hypertension, asthma, sleep apnea, various cancers, gallbladder disease, heart disease, fatty-liver disease, carpal-tunnel syndrome, fertility difficulties, and pregnancy complications. In addition to this litany of conditions that statin use will not affect, there may be other, as yet unknown, problems from long-term statin therapy. We do not know the safety profile of a lifetime of statin therapy.

Nothing is without risks, however. Even in the short-term, a statin prescription might worsen Jessica’s problems by taking the immediate pressure off her and her parents to solve the underlying problems that plague them all. In time, the statin prescription will be followed by prescriptions for diabetes and hypertension. When these drugs normalize her numbers, Jessica and her parents might have the impression that her disease has been treated and her problem solved. Dr. Rosen will have perpetuated the myth that pills alone can solve obesity.

What is the alternative? Dr. Rosen could use Jessica’s rising cholesterol level to press the case with this family that they need to take a more serious shot at diet and exercise. He could refer them to a dietician, a psychologist, and a physical therapist to devise a new behavioral program. In this way, he would be helping to identify the real problem and the most effective solution.

Or, he could do both. Ongoing attention to Jessica’s diet and exercise does not require him to withhold the statin. This is not an either/or choice. But the prescription drug is the easier option for both doctor and patient. Both may view prescription as the end of the story. Dr. Rosen must make sure that Jessica and her family understand the limitations of drugs, the risks of her current condition, and the preferred approach to minimize those risks. He must advocate for Jessica’s health, not just for the treatment of one of her physiologic conditions. He must walk a fine line between his obligation to provide medical treatments that are recommended and effective and his obligation to make sure that his patients understand the limits of medical therapy. 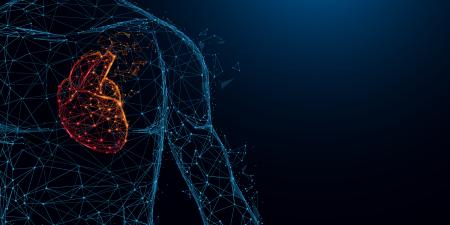 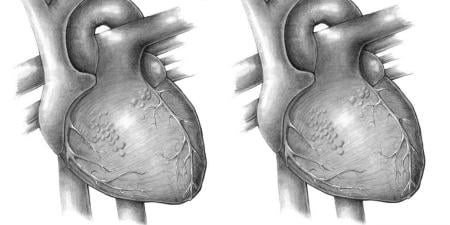