Ms. Simpson is a 58-year-old woman who has hypertension, is overweight, and has smoked a pack a day for the last 40 years. She recently suffered a heart attack.

As an internist I know this case is all too common and comes in many variations. Though we can see the role of Ms. Simpson’s personal choices in her heart attack, there are outside influences of which she and others like her may be unaware. No one forced her to make the individual choices she has made over the last few decades, but there were indeed forces working against her making healthier decisions. Let us look more closely at her life and the context of her choices and health behaviors to discern who else may have played a role. We will examine what could have been and still can be done to ameliorate her situation, and, more generally, reverse the cardiovascular disease (CVD) trend in our country.

Ms. Simpson lives with her 35-year-old daughter and two grandchildren, whom she helps look after. Since her heart attack, Ms. Simpson has been on disability from her job at the post office. Her daughter is a single mother who works as a phlebotomist. The Simpsons live in an area that would be considered a “food desert” for its lack of supermarkets that supply fresh produce and other healthy food items.

Living in a food desert equals poor access to healthy foods, which has been associated with worse cardiovascular health [1]. The process by which particular areas become food deserts is complex, with socioeconomic, geographic, and market force contributors [2]. Supermarket chains argue that it is difficult to make a profit in low-income neighborhoods. There is growing recognition of this and other types of environmental and local factors that play a critical role in the health of individuals and communities. Recent, innovative work by the Food Trust has created models for sustainable partnerships for transforming food deserts in low-income areas [3].

Ms. Simpson knows that she and her family should exercise, but there are no sidewalks where they live and few outdoor spaces for physical activity. In the evening it is not safe to be outside. The absence of sidewalks, outdoor green space, and safe streets compounds her situation [4, 5], but they are unable to move, so what can she do about it? She cannot afford a gym membership, and, on top of it all, she finds it difficult to make time to exercise.

Ms. Simpson would benefit from education on the importance of physical activity and also from some practical guidance on easy, inexpensive, and safe ways to increase daily activity that are specific to her situation. Where should she get this information? Should she have learned it in school in physical education class or from her doctor’s office? Should she have received the information from her employer or health insurer, both of whom have a vested interest in her health?

Generally families with fewer resources make up communities with fewer resources. Yet communities can and should advocate for green spaces and recreation centers in their neighborhoods, as well as supermarkets that carry fresh produce [6]. Similarly, city planners should consider community health when they design and redesign neighborhoods [7]. And communities must be able to count on support from their local government in meeting these needs. Making communities safe should be a priority, not just to bring down violence, but also to improve the overall health of community members by enabling them to engage in more outdoor physical activities.

In part because of the lack of a local supermarket, as well as her daughter’s busy work schedule, Ms. Simpson’s family tends to eat out a lot, frequenting the local fast food joint where Ms. Simpson’s dollar can stretch and she can feed her entire family for $20, especially when she gets the value meals with extra large fries and soda. When Ms. Simpson does get to the nearest supermarket, she finds that a bag of chips and a soda are less expensive than fruits and vegetables for a snack. She knows the fruits are a better health choice, but she feels she just can’t afford it. She also finds that processed foods like instant mac and cheese are cheaper and more convenient than other items.

Unfortunately, that convenience and apparent value-for-dollar are not really the good deal they seem to be, when the future health consequences of these conveniences are calculated, since increased fast food intake is associated with increased weight [8]. That processed foods are less expensive than fresh produce seems a paradox, but is another complex issue. Some point to government subsidies, on corn, for example [9], as a major culprit, while others dispute that [10]. Given the unintended consequences, perhaps the government should reconsider its agricultural policies [11]. Others also point to the food industry and corporate America and their ruthless pursuit of a profit.

Role of the Food Industry

Though she has a general sense of what foods are good for you, Ms. Simpson doesn’t understand the nutrition and calorie information on labels. She looks for items that say “fat free” or imply that they’re “healthy” on the package.  We know that nutrition information is not easily interpretable by consumers [12]. More must be done to arm individuals with the knowledge they need to pick health-promoting foods and make other healthy choices. Once again, whose job is this, the public education system in health education class; the health care system (physicians or nurses); or employers and insurers? Perhaps we need to invent a simplified way of deciphering the nutritional content of foods. We also need to find better ways to counterbalance the existing disincentives for choosing nutritious foods, whether through effective messaging, product placement, discounts or taxes, or other innovative methods.

Furthermore, though diet soda, which Ms. Simpson hears is better for her family, is the same price as the regular, high-calorie soda, it just doesn’t taste the same to her and her grandkids. On top of that, her grandkids know exactly what they want from watching TV, and it’s always the junk food. Resisting the children’s pleas for the latest hero-shaped cookie, colorful sugary cereal, or soda often takes more time and energy than Ms. Simpson has.

The food industry’s prowess and success in marketing to children is undeniable [13]. While I doubt there could be significant regulation of food marketing directed at children on TV, there is increasing interest in regulation of fast food advertising in the vicinities of schools, similar to restriction of alcohol and tobacco advertising in many cities and states [14]. The food industry may, like the tobacco industry, cry “foul,” citing their constitutional right to free speech. Instead, industry leaders ought to reflect on the consequences their marketing machine has on the health of the nation and consider self-regulating and limiting their advertising aimed at children. An association has been demonstrated between TV viewing and increased consumption of foods advertised, so parents should also consider the hours their children (and they, themselves) are exposed to commercial advertisements. [15].

Years ago, long-term corporate growth was the expectation. Today’s corporate shareholders expect companies to post a profit every quarter. This desire for quick profit often results in decisions that don’t consider the long view or the larger effect on the health of society [13]. Will corporate America reflect and reign itself in, or will government have to step in to regulate and protect the public as it has in trans fat bans and sugar taxes? Finding the right balance in the tension between the free marketplace and government regulation is the challenge.

A college friend, who is a senior marketing executive at a major beverage company, shared with me that his company’s extensive marketing research finds that Americans just don’t like diet or zero-calorie beverages as much as they do the regular stuff. According to him, though the company continues to invest in research to make identical tasting, zero-calorie versions of their beverages, they have not been successful. I doubt they spend as much on this as they do on advertising. They and others in the food industry must try harder to create affordable, appealing healthier products.

The Role of Health Care

While there’s much funding for research on treatment of CVD, more is needed in the realm of CVD prevention, particularly on health behaviors and incentives. A year prior to her heart attack, Ms. Simpson had seen her primary care provider (PCP) because of a cold. At that visit her PCP treated the cold, but also found her blood pressure elevated and told her she needed to lose weight and quit smoking. He scheduled her for a follow-up in 3 months and to talk with the nurse about tobacco cessation and weight management, but she never came back. Taking public transportation for an hour and waiting another hour to see her PCP for 15 minutes to talk about her weight and smoking did not seem worth it. The next time she saw him was a year later, when she was in the hospital with her heart attack.

The lack of effective resources devoted to prevention of chronic diseases such as CVD in primary care [16] undoubtedly plays a role in the state we are in. The average physician’s training in nutrition, weight management, and tobacco cessation counseling is fair at best [17]. Not only that, but the limited amount of time PCPs have during a visit is a barrier to effective counseling on such important, individual, lifestyle-specific topics as diet and daily activity [18]. Given these limitations on physician time and training, maybe other members of the health care team, such as health behaviorists or nurses, should take on that education role. New models of care that integrate health promotion and disease prevention in a multidisciplinary manner are needed, and everyone is hoping the patient-centered medical home will be it.

The shortage of primary care physicians does not help the situation. Medical students are discouraged from going into primary care fields by current reimbursement structures that favor procedurally oriented specialties [19]. And it is difficult to obtain payment for prevention services such as educating and counseling about nutrition, physical activity, or cardiovascular risk [20]. How do we realign incentives to aid PCPs in focusing on prevention? More governmental investment in prevention and primary care is a start, including reevaluating reimbursement structures. The new health care financing reform act affords some hope that greater investment will be made in prevention and primary care.

By considering Ms. Simpson’s situation, we can see that the problem of CVD in America is a complex one influenced by many sectors of our society, some of which are not obvious contributors at first blush. I touch upon some of the larger players, but there are others that I did not have space to mention. Everyone is affected by the prevalence of CVD, whether or not you or someone you know has the disease. At a minimum, we all bear the cost through elevated insurance premiums and taxes that pay for the publicly insured [21]. But there are other reasons we should all care about CVD in America. Perhaps we, too, should reflect on how we may be silent accomplices to the epidemic.

First Lady Michelle Obama has called the country to action, specifically challenging industries to realign some of their incentives and the forces that work against a heart-healthy America. Though her focus is children and obesity, the issues are relevant to our society as a whole. Like the problem, the solution is not simple and will require the participation and commitment of many sectors of our society. It is up to us. Will we heed the call to reverse the trend of CVD in the U.S.? 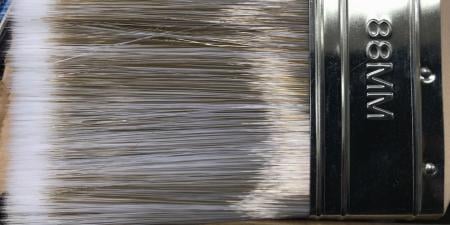 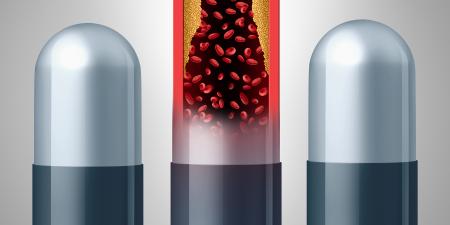 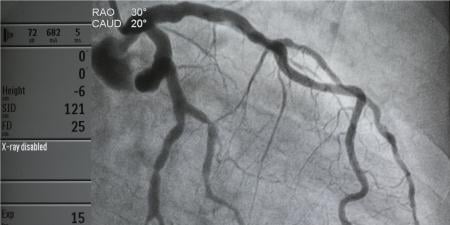