From the dawn of civilization spirituality and religion have defined human experience. It is from religious worship, beliefs, rituals, and practices that cultures emerge and that the great majority of lives are still shaped in most parts of the world, especially in times of severe illness or catastrophe when people tend to ask deep questions about their lives. These big questions do not go away: Is there a purpose to life? Is there hope for humanity? Do love and compassion go with or against the grain of the universe? Is there a higher power and can our lives be lived in accordance with it? Are we morally accountable to it? Can we be forgiven in some ultimate sense? Is our nature merely biological, or is there a nonmaterial soul that points toward eternity?

The intensity and pervasiveness of these and other big questions about human nature and destiny in the cosmos have in no way subsided in our scientific age. Indeed, from New Age spiritualities to the global rise of Christian Pentecostalism, from the undiminished appeal of religious traditionalism to the pervasiveness of faith-based philanthropies, modern times are as defined by spirituality and religion as any other in history, perhaps more so insofar as technological innovations force us to ask questions about our growing capacities to modify the essential nature of humans and to bring our species to an end through massive violence and ecological perils. Physicians who interact empathically with patients understand that such questions are very much a part of the illness experience.

We all know that religions can bring out the very best in people and the very worst, like marriage and parenthood, like corporations, politics, and even the profession of medicine itself. And yet these are all institutions that will remain with us and, at their best, contribute to human flourishing. The spate of neo-atheist best-selling books calling for the end of religion and spirituality in favor of a pure secularism can only be understood as the frustrated gasp of those who observe the continued modern importance of spirituality and religion, despite elite secular philosophies.

Medicine arose in theological contexts. The ancients swore their healing oaths to the gods and goddesses, thereby adding an aura of sacred depth to the task of preserving life and ameliorating suffering. A revolution in medicine occurred with the Abrahamic faiths, all of which gave rise to a more deeply impassioned concern for the ill than had been seen in classical antiquity. From the Prayer of Maimonides to the Christian founding of the first hospitals, from the advances made by Muslim physicians to the establishment of great medical schools in Europe and the Middle East, from Florence Nightingale’s founding of modern nursing to Dame Cicely Saunders’ establishment of the Hospice movement, from Albert Schweitzer’s “reverence for life” to Paul Farmer’s “theology of liberation,” medicine has never been secularly grounded. Rather, medical science has been energized with the noble religious commitment to healing. In this there has been no contradiction, but rather a great synergy whereby empirical methods devised by Christian Renaissance humanists like Francis Bacon merged with a religious stewardship for human lives. To think that modern medicine can be explained in secular terms is to be neglectful of its spiritual history.

Good healers have always understood that the art of medicine requires empathic attentiveness to patient spirituality. The patient who is loved feels that his or her life has value and significance in the eyes of the nurturer. Compassionate love responds to the deepest of human needs—the need for significance. It reflects back to the beloved the significance, dignity, and even sacredness that would otherwise be obscured. The need for significance is not the quest for fame or renown. Rather, in navigating through life, all people need to feel that their existence is not an error. The affirmation of significance is profoundly important in times of severe illness.

In December 2006, I walked through the Johns Hopkins University Hospital’s Broadway entrance in Baltimore. Built in 1889, this historic entrance is breathtaking, in large part because of a 10-foot-high marble statue of Christ entitled The Divine Healer—a replica of Danish sculptor Albert Thorvsaldsen’s The Christ. Donated to the hospital in 1896, its massive base reads, “Come Unto Me All Ye That Are Weary and Heavy Laden and I Will Give You Rest.” Bathed in light, the lowered arms depict divine compassion encircling the ill and the grieving, as if to say, “I understand your travail.” How many people over more than a century have walked by that statue with a feeling of complete insignificance before the power of  illness and death, only to be uplifted by a renewed sense of self worth?

Granted, things have changed over the last century, and many American hospitals that had their origins in the religious promptings of Judaism and Christianity have loosed themselves from these identities. But even in secular settings, whether in the Cleveland Clinic or at Stony Brook, clinical pastoral care is thriving, interfaith chapels can be found, and attentiveness to patient spirituality and religion are considered part of good medical practice. Indeed, much research indicates that health is enhanced when patient spirituality is taken at face value and respected as such. Medical schools such as Duke, the University of Chicago, and Yale University are the norm rather than the exception with their flourishing programs that link to divinity schools. Johns Hopkins University might not wish to build a marble statue of Christ today, but its chapel is open to people of all faiths.

Spirituality and religion are especially important to people with serious diagnoses. This is an existential reality—most people who have to cope with a serious threat to their health or that of a loved one get down on their knees and seek the assistance of a higher power of their own understanding. A surgeon may be a committed atheist, but that does not stop the average patient awaiting major surgery from praying that God will guide that surgeon’s hands. Many are the surgeons who report requests from patients to join them in prayer before a major operation, and the best either do so or bow their heads in silence while the patient prays. Spirituality and religion do not “creep in” to the patient-physician encounter, but are constitutive of it now no less than when the first shaman healers walked the earth.

What links healing to the spiritual and religious aspects of patients and physicians lives? Patients need hope and a sense of meaning in life if they are going to cope successfully with a serious illness. Hope and meaning impact treatment decisions and adherence, relationships with caregivers, and even physiology itself, as Dr. Jerome Groopman has summarized in his book The Anatomy of Hope. For most people, hope and meaning are not just matters of individual subjectivity or of interpersonal relations—they are contextualized within a spiritual-religious framework. It is one thing to be dispositionally optimistic, a quality that may quickly fade in hard times. But hope is deeper; it endures even the lowest valley. For many people, such hope requires faith in a higher power. To dismiss the spirituality and religion of a patient is often to dismiss the emotional conditions under which healing optimally occurs.

Respect for patient spirituality should be coupled with respect for physician spirituality at those times when a physician adheres to religious prohibitions against, for example, declaring brain death if the physician is an Orthodox Jew, or performing abortions if he or she is Roman Catholic. Over my 21 years teaching in medical schools at Case Western and Stony Brook, I have encountered many medical students who are deeply shaped by their religious traditions in wanting to practice the healing art. Many of the finest physicians with whom I have worked are deeply faith-based in their lives, although they are rightly not explicit about this in daily practice. They worship regularly, pray for their patients early in the morning, and make every effort to practice with compassion. Virtues such as compassion, commitment, diligence, and self-improvement are rooted in a faith-based perspective on the value of human lives.

Contemporary medical ethics has a decidedly secular tone. Most people who are involved professionally in the field have little or no understanding of the religious traditions that shape the lives and decisions of patients and their families. For this reason, patients and their families usually prefer to discuss significant issues of medical ethics with the appropriate clergy. In many institutions I have engaged in conversation with ethics committee members who are disturbed that patients prefer to consult with clinical pastoral care. But such a preference makes great sense—why would a patient who is religious suppose that anyone on an ethics committee would understand his or her values, much less share them? Oftentimes, legal cases on medical futility or other topics involving medical ethics arise primarily because ethicists have no understanding of religious traditions and perspectives, and may even show some degree of hostility.

How can we do better? First, we need to recognize that religious values are often constitutive of patient identity in fundamental ways. These values therefore cannot be privatized (i.e., left in the purely inner domain of the patient without any actual implementation in the world). Such values need to be taken seriously. Second, clinical pastoral care should, with adequate training, become centrally involved in hospital ethics consultations.

Medicine and religion are as linked today as they ever were. They are brothers under the skin, for at their best both promote a reverence for life as a gift to be cared for, healed when possible, and freed from physical pain. 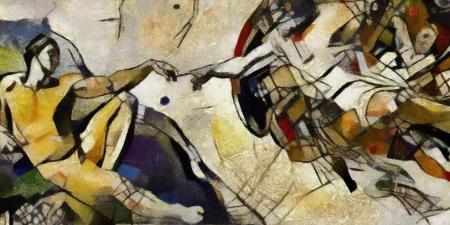