Any time a physician sees a patient or provides a treatment, he or she enters into a complex web of interlocking systems of public and private professional regulation. These systems delineate scope of work and restrict who can do what tasks, regulate conduct, and set entry qualifications and ongoing educational standards for physicians. Because of the ubiquitous nature of systems of professional regulation and their role in defining and enforcing standards of professional conduct, it is important for young medical professionals to understand how they work and the challenges they pose. Moreover, self-regulation is a key component in medicine, and during their careers many physicians may be involved in setting, implementing, and possibly enforcing professional standards.

From a public policy perspective, the rationale for professional regulation of medicine is patient protection [1]. Patients generally lack the knowledge, skills, or judgment to diagnose or treat disease and, thus, have strong incentives to rely on caregivers with specialized expertise, such as physicians, to assist them. Entrusting their care to physicians can yield large benefits, but, if it is difficult to evaluate physicians’ qualifications or performance, patients may be hesitant to place trust in them. As a consequence, regulating their behavior and preventing physicians from, for instance, misrepresenting their qualifications, making unfounded claims for cures, failing to exercise due diligence in providing care, or engaging in other forms of malfeasance, may yield large benefits. A key question, however, is how to regulate physician behavior and at what cost?

Eliot Friedson describes the role of professions in society as a “third logic”; they serve as an alternative to individualistic competitive markets and bureaucratic administrative systems [2]. Based on their expertise and willingness to accept professional values, physicians are charged with overseeing the profession collectively while retaining monopoly power over their area of work, an arrangement that can be viewed as a compact between medicine and society. Professionalism in medicine involves much more than simply formal regulatory oversight. Important dimensions include the creation of institutions for professional education, the exchange of knowledge, and the promotion of social norms supporting autonomous, knowledge-based decision making and professional behavior [3]. However, the focus here will be on formal systems of regulation.

Overview of Systems of Professional Regulation in Medicine

Underpinning systems of professional self-regulation in medicine in the US are occupational licensure laws, which grant medicine a monopoly over the practice of medicine. Historically, physicians were subject to guild-style regulations, but these were largely swept away in the Jacksonian era [4]. Modern occupational licensure laws were introduce in the late nineteenth century and are the foundation for increasingly complex interlocking systems of voluntary certification.

In order to practice medicine in a state, a physician must be licensed in that state. State practice laws set standards for entry and regulate conduct. The primary mechanisms for assuring the competence of those who enter the profession are testing and requirements for minimum levels of education and training. While periodic reregistration is required, recertification requirements are usually limited to participation in continuing education. Regulation of conduct has focused on ethical issues (e.g., unprofessional or criminal behavior), but there has been a longstanding reluctance to try to evaluate clinical performance.

Overlying licensure laws are systems of private certification directly governed by medical specialty boards. These systems began to emerge in the early twentieth century and have proliferated rapidly. There are now more than 150 recognized specialties and subspecialties, and it is not uncommon for physicians to have multiple certifications.

Legally, board certification restricts the use of occupational titles. Like licensure boards, certification boards set standards for entry, recredentialing, and conduct, and they may also regulate the scope of medical practice [6]. At least nominally, however, certification is voluntary; legally, any physician can provide any specialty service as long as he or she does not claim to be board certified. In practice, hospitals and public and private payers regularly use board certification as a criterion for determining who can have privileges and be paid for services. Reflecting the importance of private certification, more than 800,000 physicians are board certified as specialists and subspecialists by 24 specialty boards associated with the American Board of Medical Specialties (ABMS), [7] and, in a 2008 national survey [8], 90 percent of US physicians reported some form of board certification [9].

Professional regulation in medicine intersects with public policy at a number of levels. Continued reliance on existing state licensure laws creates barriers to geographic mobility in an era when physicians are moving more frequently and health systems may span multiple states, and the growing use of the Internet and telemedicine compounds these problems [10]. Specialty boards have moved more rapidly than licensure boards towards rigorous standards for recredentialing, and ABMS maintenance of certification (MOC) programs seek to encourage continuous professional development [11], but arguably standards still focus on assessing qualifications, not clinical performance.

More generally, it is unclear whether current systems of governance best serve the public interest in several respects. While less pronounced than in the past, one longstanding concern is that medicine may abuse self-regulation at the expense of patients and payers [12]. Critics argue, for example, that entry to the profession may be constrained to drive up physician incomes [2]. Likewise, as we know from experience, efforts to constrain market-oriented behavior on the grounds that it undermines professionalism may also constrain competition in ways that benefit the profession. In this context, as Friedson notes [13], there may be inherent tensions between professionalism and reliance on markets to promote efficiency [14].

A more immediate concern is that systems of professional regulation are not keeping pace with recent industry trends and public need and are creating barriers to innovation. For example, licensure laws may hinder the use of nurse practitioners, physician assistants, and multidisciplinary teams, when maldistribution of the physician workforce demands innovative uses of these professionals and teams, and at least one proposal has been made to consider licensing teams rather than individuals [15]. More broadly, given that the primary rationale for licensure and board certification is quality assurance, how will improvements in the ability to assess quality through process and outcome affect the future of credentialing systems? 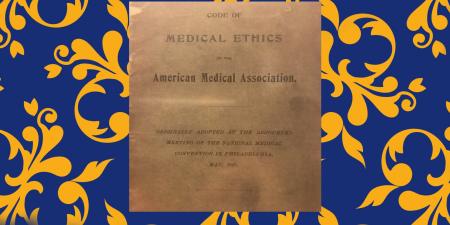 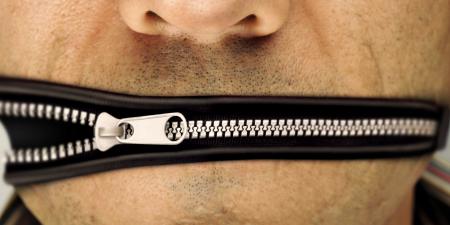