Gun violence has become an epidemic in the United States. While mass shootings such as those in Newtown and Columbine receive most of the attention, firearm-related deaths in the home are a far more common event in the United States. Often the victims of these shootings are “innocent bystanders,” especially children. Physicians can and should play an important role in efforts to stem this epidemic—by advising their patients about the dangers posed by firearms in the home and counseling them about best safety practices.

Unfortunately, in recent years many states have attempted to regulate such physician-patient conversations between physicians and their patients. These attempts by the states to curtail physicians’ ability to ask their patients about firearms in the home infringe a basic constitutional right to free speech protected by the First Amendment. Moreover, these state efforts are fraught with danger, not only because they place patients and their families at risk of serious injury or death, but also because they would set a precedent that could lead to restrictions on other essential conversations physicians must have with their patients about sensitive topics. It is a dangerous precedent if politicians and policymakers are able to outlaw lines of questioning that do not meet their own ideological standards.

Since Florida passed the “physician gag law” in 2011, twelve other states have introduced similar legislation. Bills limiting physicians’ free speech right to communicate with their patients were introduced but defeated in Virginia and West Virginia [1]. Similar gag law bills died in the legislatures of Alabama, Missouri, North Carolina, South Carolina, and Tennessee [2, 3], but they remain pending in Oklahoma, Wisconsin, and Ohio [3, 4]. A speech-restricting bill was enacted in Minnesota [2, 5].

The Florida Chapter of the American Academy of Pediatrics, other professional associations, and several individual Florida physicians sued the state in federal court to stop enforcement of the physician gag law, and Judge Marcia Cooke issued an injunction barring its enforcement [6]. Florida has appealed the ruling, and in July 2013 arguments were heard by the US Court of Appeals for the 11th Circuit [7]. The results of the appeal are pending at the time of this article’s publication.

From the onset the gun lobby has pushed for physician gag laws in the belief that the physicians gather information about gun safety in the home to dissuade their patients from or attempt to interfere with gun ownership. The state of Florida has suggested that physicians will communicate gun ownership information to the federal government to create databases, even though federal law strongly protects the privacy of patient medical records and specifically prohibits the creation of such a database of gun owners [8].

While the politicians and lobbyists for each side continue to debate the constitutional dimensions of these laws, preventable firearm-related deaths continue to occur and continue to increase at alarming rates [14, 15]. Although physicians subscribe to varying viewpoints and political and social value systems, we stand firmly on the side of the patient on every issue.

Any time a physician’s ability to practice the best possible medicine is challenged, the medical profession should join together to thwart the attacks. Physicians value their relationships with their patients and their patients’ families. They provide patients with a secure and safe place during their interaction in order to obtain accurate information, make the correct diagnosis, and provide invaluable preventive and anticipatory counseling. This dialogue between the patient and physician is sacred, confidential, and protected by law. Patient confidentiality is a hallmark of the practice of medicine and breaches of such confidentiality are not only unethical but have severe repercussions under current federal law.

The First Amendment right to free speech is cherished in the United States. Clearly free speech has some limits, but the right is undeniable. A legislated restriction on a physician’s right to free speech by legislation that should be a cause for concern to all Americans. It is a physician’s professional duty to ask questions even if the patient may find them uncomfortable. The patient’s interest in privacy is adequately protected by his or her right not to answer the question. Indeed, the Florida physician groups did not challenge the law’s provision that protects a patient’s right to decline to answer questions about gun ownership [16].

In the unique patient-physician relationship, physicians are able to ask patients about sensitive and private information, and the patients can answer with complete confidence that the answers will be kept confidential. In fact, HIPAA laws should provide additional confidence that the age-old confidentiality of the patient-physician relationship is enshrined in law, with stiff civil and in some cases criminal penalties. Even a broad interpretation of the right to own firearms would not in any way limit the First Amendment rights of physicians and their patients to ask and answer questions and engage in follow-up counseling about the dangers that firearms in the home pose to children or the critical need for safe storage practices.

A visit to the physician’s office is an important time for the patient. Patients visit their physicians for treatment of their ailments, but also to keep healthy and out of harm’s way. Preventive medicine and health education are key to a healthy American population. As a matter of routine, physicians bring up subjects critical to health, illness prevention, and safety [17]. The information obtained by the physician during history taking forms the basis for management of problems the patient is facing and an opportunity for the physician to provide anticipatory guidance to the patient for things that are potentially harmful to health. Firearms at home is one such topic. Patients may not be aware that the presence of firearms in a home can have dangerous and unintended consequences, especially if there are children in the house. The risk of accidental and unintentional firearm-related injury and death are real but preventable. Physicians can provide preventive guidance about the importance of using trigger and gun case locks, keeping firearms unloaded, and storing ammunition and firearms in separate places. These simple and proven tips do not guarantee safety, but they can decrease firearm-related morbidity and mortality and make the home safer. And, if the patient does not welcome this advice, he or she has the right to stop seeking care form that physician for any reason or no reason at all.

Since children are often not decision makers and are particularly vulnerable, civilized societies have laid out special principles for their protection. Parents are not allowed to abuse their children; in fact, no one is. We all want children to live in a safe environment, minors are required to go to school, and under certain circumstances children can be provided lifesaving treatments without their parents’ consent.

Children are at particular risk for firearm-related injuries and often die from injuries inflicted by firearms in the house. If we take steps to protect children from living in homes with lead-based paint or abusive parents, why would we not take steps to inform parents about the risks of having firearms in the house and give information about how to make it safer for children.

According to the Centers for Disease Control and Prevention data from 2007, 25 percent of deaths among children 15 to 19 years of age were firearm-related, and firearms accounted for 17 percent of all injury-related deaths in children. American children between the ages of 5 and 14 years are 10 times more likely to die from unintentional firearm-related injuries than children of similar ages in other developed countries [18]. To protect children, physicians must be able to educate gun-owning parents and guardians about safe gun storage.

While the horrible tragedies of mass gun-related murders such as Sandy Hook, Aurora, Virginia Tech, and Columbine get most of the media attention and rightly the outrage of the nation, many people, especially children, die of senseless accidental shootings every day [19]. It is simply unacceptable for those caring for children not to know that if they have firearms in their homes there are simple steps that can make their homes safer. When more Americans die from firearm injuries than terrorist attacks, we have a lot to answer for to our fellow Americans. Therefore, it is of paramount importance that determination of the content of patient-physician conversations remains outside the halls of politics and legislatures and in physicians’ offices. Optimal health care can only be delivered when physicians and patients feel free to discuss relevant issues openly.

Ethics Talk: Chronic Emergency and the Limits of Peace-Time Bioethics 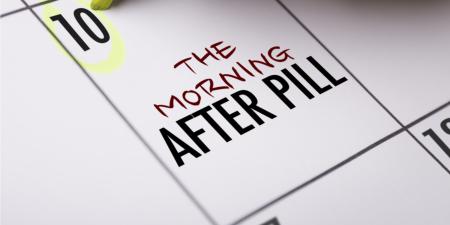