Doctor X in state A holds group therapy sessions via telepsychiatry with eight patients in five states. A patient in state B develops romantic feelings towards Doctor X and begins to contact him outside of the group sessions. Dr. X reciprocates, and the two begin exchanging explicit e-mails. When Dr. X ends the relationship, the patient reports this as a case of sexual misconduct to the medical board of state B.

This case illustrates two major issues for developing policy: the legal rationale behind the need for a national licensure system and ethical responses to online boundary violations. In this discussion, we examine current trends in physician licensure and look into online professionalism as it applies to the case above.

As a branch of telemedicine, telepsychiatry is a means of providing mental health care and information across distances through a specifically defined form of videoconferencing. Since most mental health diagnostic and treatment information is obtained audiovisually, telemedicine seems especially practical for psychiatry. Telepsychiatry can be practiced synchronously, which involves real-time, interactive two-way video transmission to a remote area, or asynchronously in a “store-and-forward” mode, in which clinical information is collected, stored, and forwarded electronically through e-mail or specific web applications for later review.

Advances in telepsychiatry have proven to offer a comparable and cost-effective alternative to face-to-face consultations [1]. It is an effective means for delivering mental health care to underserved or rural areas and addressing the national shortage of psychiatrists [2].

According to a study by Pakyurek et al., younger children appear to be less inhibited when using telepsychiatry, and children with significant behavior and conduct problems may be more expressive in that venue [3]. They add that children with trust issues following abuse or those with chemical dependency may be more comfortable and willing to share at the telepsychiatry “remove.” Similarly, people with severe social anxiety and autism may be more able to engage through a monitor than with an actual therapist in the same setting. Some older children and parents may perceive the telemedicine experience as less stigmatizing than in-person sessions [3]. As reasons for the advantages of telepsychiatry over face-to-face consultations in these instances, Pakyurek et al. list the novelty of the experience, the ability of the technology to be directive, the psychological and physical distance, and the authenticity of the family interaction [3].

Is there a license that allows Dr. X to see patients in different states through telepsychiatry? The U.S. Constitution delegates to each state the power to adopt laws to protect the health, safety, and general welfare of citizens [4]. It is under this “police” power that the authority for licensing physicians is delegated to each state’s board of medical examiners. According to the Federation of State Medical Boards (FSMB), in 2010, 77 percent of physicians had only one active license to practice medicine granted by a state medical or osteopathic board, 17 percent had active licenses in two jurisdictions, and 6 percent had active licenses in three or more jurisdictions [5]. With the advent of telepsychiatry, it is anticipated that more psychiatrists will wish to be licensed in more than one jurisdiction to increase accessibility to mental health care across state lines and address the national shortage. With per-state licensure registration fees averaging $339 [4], however, practicing across state lines can become costly.

Currently Doctor X would need to obtain four separate state licenses to practice telepsychiatry in addition to his license in state B. Aside from the expense, the current process is time-consuming; physicians must apply for licenses and acquire continuing medical education credits, the requirements for which vary among states. However, several promising alternative models for licensing and credentialing currently exist, such as consulting exception, licenses by endorsement, licenses by reciprocity, mutual recognition, license registration, limited licensure, and national licensure [4].

The adoption of a national medical license would allow physicians and patients to realize the benefits of telepsychiatry and telemedicine in general. The biggest hindrance to national licensure is regulatory. Medical licensing boards for the 50 states and the U.S. territories each have rules that govern the ability of physicians to practice medicine and the ability of the board to discipline physicians who violate the rules. State boards such as California’s have policies that require those who treat in-state patients via telephone or videoconferencing to be located within the state [6].

Statutes exist within the U.S., however, that encourage practice across state borders. In December 2011, in a rare bipartisan move, Republicans and Democrats joined together to address the licensure problem for physicians serving the active military and veterans. The U.S. Department of Veterans Affairs and the U.S. military have eliminated internal barriers and use a process that does not require multiple state licenses. Congressman Glenn Thompson (R-PA) sponsored the 2011 Servicemembers’ Telemedicine and E-Health Portability (STEP) Act, which removed the state licensure burden, allowing health care professionals to provide care to servicemen and women in states in which they are not licensed [7]. In addition, U.S. Senator Tom Udall (D-NM) has been exploring issues related to state licensure and possible options for congressional action. One approach Udall proposes is a tandem state/national license that would allow physicians to provide telehealth services in states that accept the tandem license [8].

Other nations have systems in place whereby a single license allows a physician to practice across borders. Physicians have the right of free circulation as providers of medical services within the 25-nation European Union, provided that the licensing regulations of individual member states permit the free movement of doctors both to establish themselves and to practice their profession in all member states [9]. Similarly, as of July 2010, Australia moved from a state-based system to a single national agency that administrates a registration and accreditation program for all physicians [10]. The American Telemedicine Association (ATA) is the first major association advocating for national physician licensure in the United States [8].

Like the patient in the case scenario, online patients in general tend to project feelings onto the physician more readily [12], a tendency that intensifies in psychiatry due to the content of information being exchanged. Patients who seek psychiatric care are likely to be undergoing serious personal or life crises and may be experiencing depression, anxiety, or both. These are symptoms that can lead to dependence on the psychiatrist.

It is the responsibility of the psychiatrist to manage the therapeutic process appropriately and not take advantage of the patient’s vulnerability and need. It is not uncommon, however, for physicians and patients to develop feelings for one another beyond a therapeutic relationship, and there is a higher likelihood of transference in online relationships because the technology alters perceptions of the relationship [11]. The inequalities of power, the nature of the transference, and individual patient characteristics can all contribute to a patient’s vulnerability to sexual exploitation by the physician [13].

In a national survey of 48 state medical boards the most common physician violations of online professionalism were inappropriate patient communication online, e.g., classified as sexual misconduct, and use of the Internet for inappropriate practice, e.g., prescribing without an established clinical relationship [14]. Greysen et al. state that competency in professionalism is required for maintenance of licensure and specialty recertification, so regulators and physicians must address professionalism violations in emerging online practices [14].

In 2011, the AMA Code of Medical Ethics added an opinion on “Professionalism in the Use of Social Media” to guide physicians in maintaining an ethical online presence. The opinion states that “if they interact with patients on the Internet, physicians must maintain appropriate boundaries of the patient-physician relationship in accordance with professional ethical guidelines just as they would in any other context” [15]. It also states that “to maintain appropriate professional boundaries physicians should consider separating personal and professional content online” [15].

In January 2012, the American College of Physicians issued the sixth edition of The Ethics Manual, which highlights the updates on the patient-physician relationship in social media and online professionalism. The manual states that “physicians who use online media should be aware of the potential to blur social and professional boundaries” and that “physicians must extend standards for maintaining professional relationships and confidentiality from the clinic to the online setting” [16]. Greysen et al. state that, as state licensing boards monitor physicians for breaches of professionalism, categorizing online professionalism violations separately could be of value to better gauge the extent of this problem [17].

Solutions to the legal and ethical concerns over licensure and online professional boundary violations in the case scenario remain uncertain. Progress has been made toward adoption of a national licensure system in the United States, but it may take time to gain widespread acceptance.

Legal measures have also been taken to address professional boundary violations online. In Wisconsin, for example, a therapist who becomes aware that another therapist has abused a patient is required, if the patient consents, to report the abuse within 30 days. Minnesota’s statute requires reporting even if the patient objects [13]. Patient-therapist sex is a criminal offense in seven U.S. states; in Australia, employers may share liability [13].

As for the ethical challenge of boundary breaches in online professionalism, professional societies have promulgated opinions governing physician behavior online and in social media. Medical schools, however, which oversee the incoming members of the profession and the most frequent users of social media, have not universally formed policies specifically addressing this issue [17]. Greysen et al. suggest that institutions—from medical schools and residencies to hospitals and group practices—take a proactive stance in setting guidelines and standards for their members [17]. As users of these technologies engage in consensus-oriented dialogue that involves students, patients, educators, clinicians, and administrators, institutional concepts for online professionalism will develop. 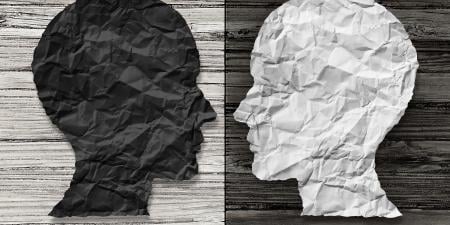 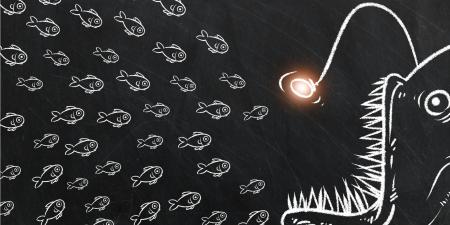