The medical profession is one of the few fields that has traditionally relied on self-regulation for the enforcement of ethical standards of practice and for the protection of the patient's best interest. This self-regulation standard has also been extended to the interactions of physicians with colleagues, the professional organizations in which they are involved, and pharmaceutical companies. The nature of the relationship between physicians and pharmaceutical companies has been recently discussed at some length in medical literature. In their 2004 New England Journal of Medicine article, Studdert, Mello, and Brennan assert that, "Professional regulatory bodies, the pharmaceutical industry, and the government have all decided that physicians and drug manufacturers need stronger advice about appropriate relationships" [1]. Although the guidelines for managing this relationship are generally agreed upon by the organizations involved, developing a consistent response that remains relevant as the interactions between physicians and drug companies change is likely to present a challenge. This review discusses some of the literature that highlights the issues implicit in this complex partnership.

Studdert et al think that the reason for a sudden increase in the oversight of physician relations with drug companies is 3-fold. First, they point to the influence that the marketing strategies employed by pharmaceutical companies can have on the care of patients [2]. Next, they highlight federal prosecutors' interest in managing conflicts-of-interest that could increase public expenditure now that Medicare has a prescription-drug benefit program [3]. Finally, they indicate that the federal law dealing with fraud and abuse [4] is currently being used by prosecutors to police the once-common exchanges between physicians and the pharmaceutical industry, a realm formerly governed by professional ethics. In response to this increasingly close physician-pharmaceutical partnership, the American Medical Association [5], the American College of Physicians [6], the Accreditation Council for Continuing Medical Education [7], the Pharmaceutical Research and Manufacturers of America [8], and the Office of the Inspector General of the Department of Health and Human Services [9] have all re-examined their guidelines for appropriate interaction between these parties.

To approach this topic thoughtfully, it is necessary to understand the nature of the relationship between health care professionals and drug companies. The primary goal of the pharmaceutical companies—which are major funders of research and bear much of the cost associated with continuing medical education—is to maximize the sale of their products. Hence doctors, by virtue of their unique right to prescribe medications to patients, are the target of drug company marketing strategies. These companies, however, not only employ strategies aimed at individual physicians, they also cultivate relationships with various organizations that physicians belong to or work for in order to help sell their products [10]. According to David Blumenthal, "pharmaceutical companies offer discounts to managed-care organizations and their agents—pharmaceutical benefit managers—in return for favorable treatment of their products in the formularies used by these organizations" [11]. He further states that some pharmaceutical companies engage in ethically questionable efforts in their attempts to persuade health care organizations and physicians to use their products [11].

Many physicians receive gifts from the pharmaceutical industry, ranging from small tokens like pens, memo pads, or meals to more elaborate offerings such as educational trips, consulting fees, research grants, or trainee support [12,13,14]. The social sciences have described the "gift relationship" and the influence that gifts have on human behavior and relationships. Blumenthal cites some of this literature, particularly Katz et al, who suggests that a sense of indebtedness is sparked by receiving a gift costing any amount and that the need one feels to reciprocate is often not proportional to the gift's value [15]. A physician's indebtedness is further complicated by the "self-serving bias," that is, the difficulty physicians have recognizing their own partiality since the bias created by pharmaceutical company marketing strategies often serves their needs or satisfies their perceived interests [16]. These related theories support the conclusion that physicians might not only be biased in their use of prescription medications but might also have trouble recognizing their own biases or those of their colleagues. The chief concern of professional associations and regulatory boards is that personal gain derived from drug company incentives might inappropriately influence the clinical judgment of doctors and threaten patient welfare [17]. Moreover, Blumenthal suggests that if patients believe that physicians' prescribing practices are at all influenced by industry pressure, that perception might "erode the public's collective trust in the profession" [18].

The medical field's response to the possibility that they are influenced by gifts from drug companies is one of apprehension. Blumenthal records the fact that many physicians think their interactions with drug companies are beneficial [19]. These physicians believe that the relationships are mostly educational and have the potential to provide benefits to patients. Marketing strategies of pharmaceutical companies can help keep physicians informed about available agents of therapeutic value, for example. Moreover, the free samples they supply can be given to patients [20,21]. And, because physicians sometimes fail to use medications as often as needed or prescribe them in less-than-optimal doses [22], marketing strategies aimed at an increased awareness of proper use of such drugs can be viewed as a contribution to public health [23].

The real or perceived weakness of ethical standards in deterring unacceptable behaviors between physicians and drug companies has led to the imposition of legal guidelines [24,25]. Controversy was sparked, for instance, over the use of the anti-kickback statute in the 1990s [26] and its link to the False Claims Act [27]. In a well-publicized case involving Takeda Chemical Industries and Abbott Laboratories, collectively known as TAP Pharmaceuticals, it was discovered that the company encouraged urologists to bill Medicare for the average wholesale price of Lupron, a popular drug, and this practice resulted in a substantial profit for urologists who were already receiving free or discounted Lupron [28]. It was also learned that TAP pharmaceuticals employed physicians as "consultants" without requesting any service in return (that is, without asking that they become part of a speakers' bureau to help with mandatory education about FDA requirements, for example, for communication about pharmaceutical products [29]); offered educational seminars associated with free trips; and dispensed educational grants [28]. In addition to federal regulation, measures are also being taken on the state level. As of March 1, 2004, Maine, Vermont, Nevada, and New Mexico have started requiring drug companies to report the amount spent on the marketing of their products to doctors working within the state [30].

In response to the Lupron case, self-regulation was again at the forefront of medical and pharmaceutical interactions in 2002 and 2003 [28]. The Pharmaceutical Research and Manufacturers of America wrote its Code on Interactions with Healthcare Professionals and adopted both permissible and impermissible conduct between doctors and drug companies in July 2002 [31]. For example, the code specifies that if meeting organizers (eg, a medical specialty society) accept financial support from pharmaceutical companies but do not intend to conduct the meeting themselves, they must have representation at the meeting to ensure that the supporting drug company does not use the "educational" opportunity to promote its products. The Code also states that "bona fide" consulting which follows specific guidelines is acceptable and may be rewarded with reasonable compensation. As for gifts offered to physicians, they should cost less than $100 and be of benefit to the patient [29]. Following the TAP decision of 2003, the Office of the Inspector General also decided to promulgate guidelines that indicate which drug company practices are likely to provoke litigation under current fraud-and-abuse laws [29]. Studdert and colleagues list the 4 factors used in deciding whether a payment to a physician is considered a "kickback." The factors consider how likely the arrangement is to (1) interfere with clinical decision making as a result of diminished objectivity, (2) increase the use of company products, (3) increase costs to federal health care programs, and (4) raise concern about patient safety and quality of care [32]. The guidelines further suggest reducing the risk of litigation by separating the sales and marketing functions from the grant-making functions as well as deriving research funding from scientific divisions rather than from marketing divisions. The Inspector General's Office also reinforced the notion that recreation, entertainment, meals, travel, gifts, and gratuities all run the risk of violating the antikickback prohibitions. Finally, Studdert emphasizes that the medical profession should establish ethical values that surpass the legal constraints [32]. The pharmaceutical industry can be expected to market its product aggressively, but it is the responsibility of those in medicine to hold themselves to the highest ethical and professional standards. Blumenthal claims that "the ultimate arbiter of the nature, extent, and consequences of interactions between drug companies and physicians is the medical profession itself" [33].

Establishing an appropriate relationship between physicians and pharmaceutical companies will require the continuous modification of current policies and the adoption of new guidelines as the need arises. Blumenthal acknowledges that most people believe that some relationships between physicians and drug companies are both ethically appropriate and largely beneficial. Given that, it will be a unique challenge for the medical profession, the pharmaceutical industry, and the government to establish boundaries to ensure that those relationships are not characterized by unscrupulous or illegal practices [18]. Studdert and colleagues think that federal oversight is likely to grow more intense as more cases of impropriety arise, but they conclude by stating that "the pharmaceutical and health care industries have the opportunity to maximize the extent to which they are leaders, rather than targets, of regulatory initiatives" [34]. To accomplish this, they will have to establish and enforce stronger ethical standards.

The challenge of sculpting an appropriate relationship between physicians and pharmaceutical companies cannot be underestimated and should be expected to remain a high priority. Although there are striking similarities between the guidelines propounded across medical organizations and the pharmaceutical industry, a universally accepted policy that integrates ethical marketing practices with the medical code of ethics remains an ideal. It can be concluded, however, that future guidelines will aim to address this relationship and will carefully evaluate the point at which pharmaceutical company influence becomes detrimental to patient care. It is uncertain at present whether or not physicians will ultimately be responsible for maintaining the integrity of their relationships with drug companies and to what extent external guidelines will be necessary to regulate the multiple facets of such a complicated interaction. 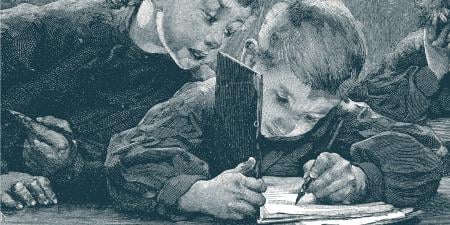 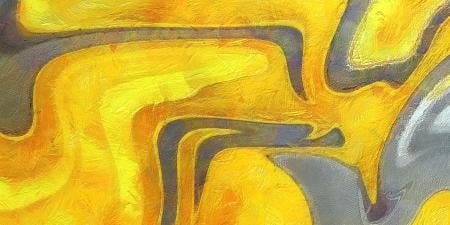 Error in Medicine: The Role of the Morbidity and Mortality Conference 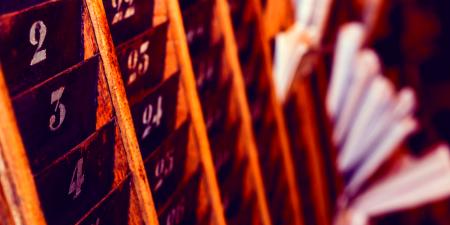 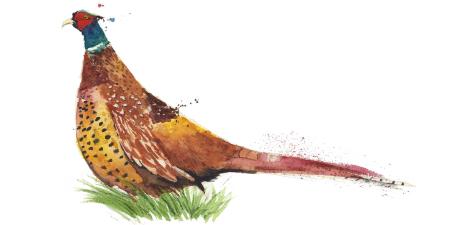