Dr. Williams, the medical director of a large clinic, announces to her staff, “As of next month, we will no longer be offering free drug samples to patients here.” Over the immediate dissent of the doctors, she continues, “I am concerned that, with our limited supply, we are often starting patients on drug regimens that we know we cannot continue to provide for free and that they will not be able to afford once their samples run out.”

“This is the only way some of our patients can get their medication!” protests one physician.

Dr. Williams explains that the office has stopped accepting gifts such as dinners from pharmaceutical companies and says she thinks that this is really just in keeping with those policies.

Dr. Silverstein points out that, under the new Physician Payments Sunshine Act, drug samples are exempt from mandatory reporting, unlike material goods, stock options, grants, consulting fees, travel, and other perks. He insists that this is clear evidence that drug samples are unlike these other things the clinic has stopped accepting and that Dr. Williams ought to reconsider her position. In turn, she asks him, are drug samples really helping their patients if they can’t receive the full regimen without financial hardship?

This case narrative illustrates a common scenario: a doctor tries to find ways to reduce financial burdens to a patient, and one way to do that is to provide drug samples. The case then asks whether drug samples are really helping patients if they canï¿½t receive the full regimen without financial hardship. I think the answer is yes, and I provide my reasons for thinking so in this commentary.

The rising cost of health care in the US has resulted, in part, from the price of drugs [1]. To market their new products effectively, pharmaceutical companies spend enormous amounts on promotion efforts aimed at physicians, such as gifts, free samples, educational seminars, entertainment, and consulting arrangements. Free drug samples constitute a large portion of pharmaceutical companies’ marketing budgets—between 1996 and 2000, slightly more than half of all dollars spent by the pharmaceutical industry went toward promotion [2]. An estimate of the retail value of samples provided to doctors in 2004 puts the value at approximately $16 billion [2]. Critics of this expenditure [3] have concluded that drug samples raise the cost of health care, as companies recoup marketing costs through higher prices and increased sales volume.

In 2003 the Office of the Inspector General of the Department of Health and Human Services (OIG) published the Compliance Program Guidance for Pharmaceutical Manufacturers [4], urging pharmaceutical companies to review their existing policies for complying with guidelines aimed at reducing fraud and abuse in federal health care programs. As outlined by the OIG, many instances of giving gifts or free samples, putting on educational seminars, or forming entertainment and consulting arrangements risk criminal liability under the federal anti-kickback statute [5] whenever the intent of the activity is to increase business. If an activity provides a benefit to the physician with the intent to “induce or reward referrals” of federal health care business to the sponsoring company, that activity violates the anti-kickback statute, even if it has a legitimate purpose.

For over a decade some medical centers, hospitals, clinics, and group practices have banned the receipt of drug samples [10]. Many have banned interactions with pharmaceutical representatives (commonly known as “drug reps”) or severely restricted their visits [11]. For fear of the appearance of “kickbacks,” many medical group practices also restricted their acceptance of promotional materials [12, 13].

In compliance with the FDA rules and state statutes, the pharmaceutical industry as a whole has changed its marketing practices; many companies have stopped such promotional activities as gifts, meals, and various types of entertainment and have limited their drug sample programs [14]. With these restrictions and limited interactions with pharmaceutical reps, followed by a controlled free drug sampling program nationwide [15, 16], the cost of health care is still rising as the costs of medical services and drugs continues to increase [17]. A study conducted at Madras Medical Group, a rural family practice clinic in Madras, Oregon, where the authors examined the effects of restricting pharmaceutical industry detailing and sampling, found that curbing or removing drug sampling programs did not reduce drug cost [18]. Arguments for and against drug samples can be summed up as follows:

Free samples may allow trials before purchase [19], provide an immediate start to treatment rather than the delay of filling a prescription, and give doctors an opportunity to gain experience with new drugs. Alikhan et al. [20] concluded that, in dermatology in particular, where new drugs appear with greater frequency than in other specialties, the benefits of drug sampling outweigh the risks because they help dermatologists avoid wasteful spending with short-term trials (evaluating preference, efficacy, and tolerability). Advantages of using drug samples was also reported in geriatric care: after an extensive evaluation of 13,847 Medicare beneficiaries, Tjia et al. concluded that “policies restricting or prohibiting drug sample distribution may adversely impact access to medications among patients in high-risk groups” [21]. The authors also maintained that use of prescription drug samples is especially common among people “with cost-related medication non-adherence and poor health status” [21].

The sampled drugs provided free are branded products that cost more than generics; once the sample is exhausted, doctors tend to prescribe the branded product previously introduced as a free sample [22, 23], and, in some cases, this leads to interruptions in therapy for those who cannot afford full courses of the brand-name drug [24, 25]. Opponents contend, further, that drug samples influence physicians’ and residents’ prescribing habits [22, 23], more specifically that physicians with access to free samples are more likely to prescribe the brand-name medication than equivalent generic medications [26]. The Madras Medical Group study showed reductions in branded drug use in certain categories [18]. Another study, conducted at Lakeview Internal Medicine, a private clinic in West Des Moines, Iowa, showed an increase in generic prescriptions following a 90-day removal of drug samples [27].

Furthermore, a lack of explanation, written instructions, or understandable language on sample packages may lead to misuse [28-30]. Some commentators point to the lack of safety reporting infrastructure to alert dispensers or recipients of sample drugs in the event of a drug recall [31]. Others have raised concerns about storage and accountability systems for drug samples; samples tend to be stored in open shelves and dispensed without detailed documentation, which could enable misuse or diversion [32]. Finally, critics have cited misuse of drug samples, including dispensation to physicians’ relatives and purported “trading” or “resale” of samples [33]. Some consider the dispensing of samples to “non-poor” patients inappropriate [33], though this enables the useful trials of therapy described above.

There are ways to dispense samples that address some of the concerns about drug sampling. Physicians who choose to dispense free drug samples should plan for and reserve adequate time for patient counseling. A standard reporting practice such as detailed documentation in a patient’s chart and maintaining up-to-date medical records can resolve handling and accountability concerns; requirement of such practices would be even more effective. Drug sampling need not be prohibited to prevent these potential problems.

As for the question of influence on prescribing practices, the reduction in brand-name prescriptions in the Madras study was, when all categories of prescribing were included, insignificant [26]. Furthermore, hospitals’ formulary committees constrain what can be prescribed by doctors within a given system; insurance companies’ formulary lists constrain which medications will be covered by patients’ insurance (and therefore, in many cases, what they can afford) [34, 35]. Cost-reducing measures undertaken by both hospitals and insurers may have a chilling effect on the prescribing of expensive drugs that counters influence from pharmaceutical companies. Furthermore, the influence of samples on prescribing may not always be inappropriate or harmful to patients. If a patient’s condition responds positively to a sampled drug and the doctor prescribes it rather than putting the patient through a trial of another therapy, clearly the patient benefits.

Ultimately, I believe that, with the proper safeguards and physician awareness, the benefits of drug sampling outweigh the harms. Dispensing free drug samples to indigent patients helps to defray individual health care costs (albeit in the short term) and provides the opportunity for patients and doctors to evaluate tolerance and preference prior to spending money on a costly treatment.

A Crash Course? What Happens When a Patient's Medical and Economic Best Interests Collide? 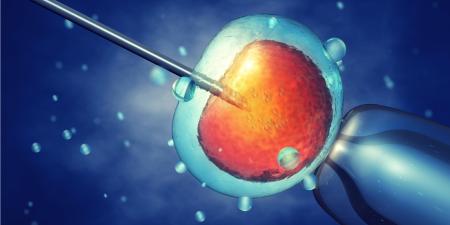 Decision on Mandating Coverage for ART Must Begin with Accurate Data