In September 2019, a prominent dictionary recognized they as a proper pronoun for nonbinary individuals. This change can be seen as a source of newfound legitimacy for students and trainees self-advocating for nonbinary pronoun recognition in health care practice and training. This article considers one student’s experience after coming out as nonbinary and voicing that their pronouns are they/them.

On September 17, 2019, the Merriam-Webster Dictionary added a definition to the word they, stating that it can now be used as a singular pronoun for an individual who is nonbinary.1 The use of they to refer to a single person has been linguistically common prior to this addition.2,3 I personally had already been using they/them pronouns for months before this announcement, but the addition of a new definition of they to the dictionary was still affirming. As a third-year medical student in a revolving door of clerkships—involving another revolving door of residents and attending physicians—my pronoun use comes up almost daily. “Hi, my name is … and my pronouns are they/them.” This introduction might seem simple, but it took workshopping. I dropped, “I prefer they/them pronouns,” because relegating them to just a preference seemed to convey to my audience that there were other pronoun options that were acceptable to me, which is untrue. I also tried, “I use they/them pronouns.” This particular format also created an “out,” suggesting that I use these terms, but not everyone does or has to. I am happy with what I have settled on. Now with this dictionary update, when I introduce myself, I am doing so with society’s approval, whereas before, it was only by my own desire. And indulging one’s own desires in medicine often feels wrong.

Before third-year clerkships kicked off, a dean of student affairs gave our class a reality check. No more sweatpants, no more rolling into lecture 15 minutes late, no more complaints about lecture-slide quality. This process is no longer about us and we are not the focus—the patients are. Speeches like this one can be important for students embarking on the journey of becoming a health care professional. All of our actions should be fueled by what is best for the patient. Unfortunately, this widespread mindset can become extreme.

Many health care professionals sideline their own needs and desires, a practice some construe as a basic ethical value, like respect for the autonomy of patients, beneficence, nonmaleficence, and justice.4 Sidelining one’s own needs can be helpful when it is important to focus concretely on patients’ vulnerabilities and not on one’s own. Staying late, working through lunch, squeezing in a patient who is 2 hours late, examining and processing patients’ electronic health record (EHR) when at home, and monitoring patients during time off are examples of self-sidelining that are common in the lives of physicians.5 There are good reasons to be wary of extremist self-sidelining. When our mental well-being is compromised by extreme self-sidelining, our patients might suffer with us, or even because of us. There are consequences of this kind of extremism that I am not willing to bear.

But there’s the fallacy again: the false choice that I must either respond to my vulnerabilities or respond to theirs.

That said, my need to be identified correctly and to avoid being misgendered every single day should not be pitted against the needs of my patients. The vast majority of my time is spent with resident physicians who are spread so thin you can see through them. At first, taking even an extra second to include my pronouns in my introduction seemed wrong to me. I felt guilty taking up residents’ time with my lengthy, perhaps complicated, introduction. This guilt led me into fallacious thinking that residents’ time spent navigating my pronouns meant less time spent on patients. And then there were the patients themselves. Actually, I have not even attempted an introduction with my pronouns to a patient. Why would I? I’ve been trained to think that honoring my own truth is indulgent and self-focused rather than patient focused. But there’s the fallacy again: the false choice that I must either respond to my vulnerabilities or respond to theirs. Better reasoning about whose interests are at stake in clinical encounters comes from rejecting this false dilemma and acknowledging that clinical encounters are things we need to do together.

Experiences of Transgender and Gender Nonbinary Trainees and Patients

It is well established that lesbian, gay, bisexual, transgender, queer plus (LGBTQ+) individuals face substantial health disparities compared to the general population.6,7,8 To address these disparities and improve patient care, the medical community has started to integrate more training on LGBTQ+ health into medical education.9 Resources specifically targeting pronoun use among clinicians are also available.10 There have even been calls to make EHRs more inclusive of nonbinary patients and proposals for an embedded pop-up in EHRs when a patient self-identifies as nonbinary.11 Much work still needs to be done, but it is safe to say that patient-centered advocacy is underway regarding LGBTQ+ individuals, including those who are transgender and gender nonbinary (TGNB).

A recent study examined experiences of TGNB medical students and physicians.12 The researchers found that 22% of participants reported barriers attributable to their gender identity while applying to medical school and 43% while applying for residency. They also found that 78% of participants censored themselves during training to avoid disclosing their TGNB identity and that 69% heard derogatory comments about TGNB individuals during their training or practice. Although this study was based on a small sample, it is among the first to investigate experiences of TGNB medical trainees during processes of medical socialization. It is telling because it illuminates ways in which phobic attitudes and blatant discrimination might undermine TGNB individuals (or anyone else who struggles with prejudice and discrimination) who are patients.

So far, TGNB (and more generally LGBTQ+) advocacy efforts have targeted patients’ experiences. Efforts to be more inclusive and provide better care for TGNB patients are extremely important, and all clinicians should convey the same degree of inclusivity and collegiality with TGNB trainees. Why would we expect to be able to provide high-quality, inclusive care to patients if we cannot live out the value of inclusivity among our colleagues? A thorough analysis to inform TGNB-friendly practices at an institution cannot be done without thoughtful reflection and introspection on that institution’s own training environment for TGNB trainees.

In a past clerkship orientation, I and other students went around the room for introductions. We were supposed to state our name, clerkship location, and interests. It began as I expected: no one stated their pronouns. So, I gathered my courage and prepared to add they/them to my introduction. But before my turn, a good friend of mine confidently concluded her introduction with “my pronouns are she/her.” I followed her with uninhibited gratitude. It might, and does, seem silly to many people to include their pronouns in their introductions. But it is an ethically important step toward normalization of inclusive pronoun use and nonbinary identities. There is not much data on the prevalence of nonbinary individuals. One study, based on the 2016 Minnesota Student Survey, found that 2.7% of adolescents in the sampled population identified as gender nonconforming.13 And the 2015 US Transgender Survey showed that more than a third of respondents described their gender identity as nonbinary.14 But how many people there are in any minority shouldn’t matter to when and how we express our commitment to honoring their dignity.

One thing is certain, I am not the only one. And I will not be the only nonbinary individual who goes through medical training. I hope that pushing my colleagues to use my pronouns and generally asserting my identity will make it easier for colleagues and patients who follow. For my colleagues and patients, it is worth it. I am worth it. They are worth it. Their desire to avoid tangible dysphoric distress when people misgender them is valid. Colleagues’ insisting upon their true self is not a burden at the expense of patients but is done with them—and with us. Self-advocacy can be patient advocacy. We are them, and they are all of us. 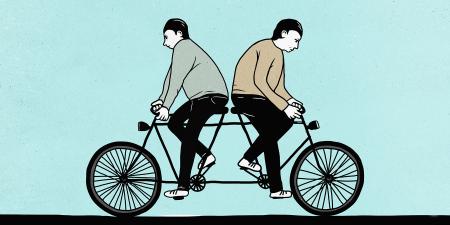 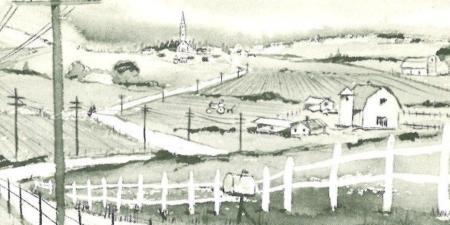 Community Health in Rural America During the Mid-20th Century 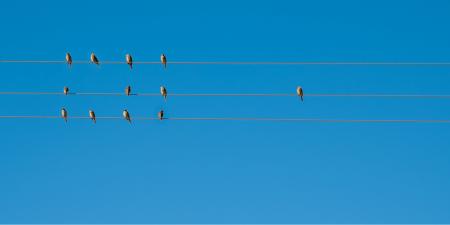 What Should Physicians Consider Prior to Unionizing? 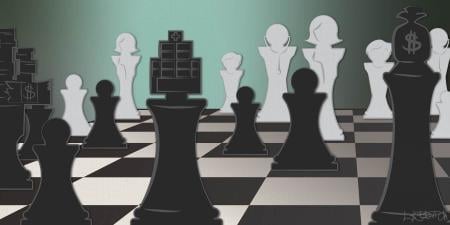 How Should Commerce and Calling Be Balanced?