David Satcher, MD, the 16th surgeon general of the United States, and his co-authors have written a call to action and a survey of what can be done toward health reform in the field of pediatrics. The success of child health initiatives in capturing public attention stands in contrast to other efforts at health reform. Building on this, Satcher et al address the many serious concerns that remain to be acted upon. They offer examples of what physicians can do through community health initiatives. Attempting to revive interest in the Healthy People 2010 framework for child health, they undergird their arguments with rights-based ideas from the United Nations and the World Health Organization (WHO). They stress how essential it is for pediatricians to be involved not only in patient encounters but also in social and community-wide projects on behalf of children.

The undeniable core of the argument for improving childhood health care is that children are among the most vulnerable of people and patients. As Satcher, Kaczorowski, and Topa characterize our 21st century world, "We live in a society that claims to cherish childhood while allowing the abuse, molestation, incarceration, subjugation, segregation, and exploitation of children" [1]. Despite historic success in addressing childhood diseases through immunization, many problems remain that can be solved only at the social level. In the United States and the developed world, "new morbidities" and "millenial morbidity" now threaten children. Environmental problems specific to industrialized societies are a good example of a new morbidity, eg, children growing up in decaying "Rust Belt" surroundings. Other social problems that affect "post-industrial" children include the effects of mass media on behavior, fast food that feeds obesity, and social inequalities that widen the economic gap. All these health problems either start or get worse because of social, community, and environmental factors [2].

The first section of the article describes the problems in detail. Poverty and ill health go together, as Satcher et al persuasively show. And the US statistics still have the power to shock: a ranking of 28th among developed countries for infant mortality; 900 000 children neglected or abused, resulting in 4 deaths a day; poor environmental quality that can be blamed for 25 percent of preventable illness. Thus, the authors are drawn toward the conclusion that "it now seems that the next major advances in decreasing pediatric morbidity and mortality will require social and public health policy changes as well as continued scientific innovation" [3].

This is where the authors will strike a nerve, of course. Their critique is the medical equivalent of a legal resort to a class action suit. The role of the pediatrician will have to expand, they say, to advocacy "not just for the individual but for the population of children as a whole" [4]. If you're with them this far, they direct your attention to the Healthy People 2010 framework as a means to address the most serious problems. The Healthy People 2010 report had its genesis in the Clinton administration, of which Satcher was a part (as surgeon general). It pulls together research and social policy and develops a unified solution. If pediatricians joined to achieve the goals presented in the Health People plan, the whole population of children, and their environment would be encompassed in the care of the medical community. The 10 indicators of child health status—5 health system indicators and 5 lifestyle indicators—would become measures by which progress could be judged. It's advocated here that physicians choose one indicator and work on it as it affects children [5].

Where does this leave the individual pediatrician? Not without a public role. If none of these indicators are motivators, the authors suggest that pediatricians discover an issue on their own—the most urgent problem in their local community—and take it on as a personal cause.

The authors adduce several examples of individuals who have made huge differences in their communities' overall health. O. Marion Burton is cited for his work with impoverished patients in South Carolina. They were, as he found, "medically disenfranchised," when he began treating them in a county public health clinic in 1989. As time went on more and more children came into the clinic with no medical ties at all. "It was unusual for these children to have seen any 1 physician more than once" [6]. This lack of continuity in care shocked Dr. Burton into action. Not content just to see more patients in his practice, and realizing that others elsewhere in the state were similarly underserved, he approached other pediatricians from around the state. In conversation with the state health commissioner they agreed that the public health clinics were becoming the sole health providers for 80 000 children in South Carolina. A study resulted from that meeting and the findings led to action. Partnerships of public health professionals and primary care physicians were formalized to improve care in every district of the state's public health system. From a low of 45 percent, the well-child visits of infants from birth to 3 years of age rose to 84 percent in a 4-year period [7].

Other successes that began with one or a few pediatricians concerned about their communities give weight to the imperative for individual action. In Rochester, New York, Diana Kudes, MD, a pediatric resident at Golisano Children's Hospital, found mental health resources wholly inadequate and gained the support of civic organizations to improve support for families with mental illnesses [8]. She did it by allocating and protecting one half day a month to devote solely to her cause. With time a major constraint for any physician, that step proved important, and her superior's agreement was crucial to her ability to carry through her plan.

Dr. Satcher himself, as director of the National Center for Primary Care at his academic home, Morehouse School of Medicine in Atlanta, works on health problems at a national level.

Other strategies are recommended to practitioners:

If there's no political will for a classic liberal solution, such as a national or tax-funded health program, then an alternative must be offered. Ethically, the authors imply, the work ought to begin immediately at the local level. It would be hard to argue against their contention that the stakes are high. The moral arguments that "children are the future" and that every child "deserves a chance for a healthy start in life" cannot be easily denied. Their persuasiveness has contributed to the success of pediatric health care reform legislation [10].

The UN and WHO statements are appealing to those who see a right to health. They support Satcher's argument for extending pediatricians' reach, not only into the public arena to seek legislative or financial support, but into the further reaches of health care beyond illness. The WHO defines health broadly, as "a state of complete physical, mental, and social well-being and not merely the absence of disease or infirmity" [11] which is also a good description of what all parents, rich or poor, would want for their children.

If agreement can be reached that universal childhood health care is what we want as a society, then Satcher et al provide a good road map for getting there. Pediatricians are positioned to give the process a good push in the right direction. However, the expansion of the physician's role would demand an expansion in the physician workforce and a diversion of resources to accomplish the tasks. The pediatrician's job description, under this plan, would come to include closer cooperation with public health personnel, community action for environmental quality, and even improving the economic viability of their communities, all to help their young patients toward better health in a changing world. 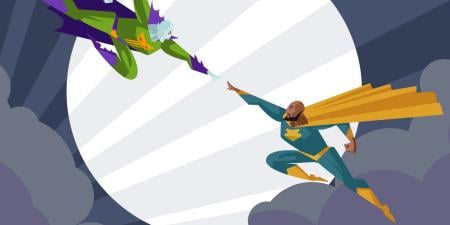 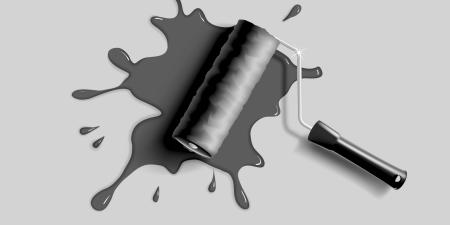