The Problem: Rationing by Place of Residence

Whether accurately or not, “rationing” was frequently employed as a term of opprobrium during both the health reform debates and subsequent explosion in political vituperation. But whatever that word’s lingering stigma, there are unquestionably situations—long preceding the Patient Protection and Affordable Care Act and almost certain to persist whether it is fully implemented or not—in which a fundamental imbalance between need and supply makes rationing of some health services inevitable. In such circumstances, some socially acceptable mechanism must be available to insure equitable and justifiable allocation processes. Yet in the case of liver transplantation, an especially dramatic example of the imbalance between need and supply, neither the public nor the private sector has been able to ensure equitable allocation.

Right now, more than 16,000 Americans are awaiting liver transplants, and each year about 10,000 more are determined, as a result of irreversible liver damage, to need one, while for many years the total supply of donated organs has remained relatively steady at about 6,500 [1]. As a nation, we clearly need to do a better job of encouraging organ donation, but that is a very long-run solution.

Reasonable people could well differ on the precise criteria for allocating such a scarce, life-saving resource as donated livers, but it is hard to make a case that the patient’s place of residence should be a criterion. Yet people on liver transplant waiting lists in some major metropolitan areas across the United States are 30 percent less likely than similarly ill people in other communities to receive deceased donor transplants—and, not coincidentally, 30 percent more likely to die while still waiting [1]. In some areas in the United States, death while awaiting a liver transplant is less than 10 percent a year, while in other areas it is more than three times that. This regional variation can be dramatic when comparisons are made between patients from different regions with the same medical priority, as best exemplified by those with cancers confined to the liver that meet well-defined criteria and therefore receive priority for transplantation. In some regions these patients receive transplants within 3 months of being listed, while in another region the wait can exceed 18 months [1].

These geographic disparities are not new. In the mid-1990s, public concerns about equity in access to organ transplantation, notably fuelled by allegations that the retired baseball star Mickey Mantle had received preferential access to a donated liver—and died just 2 months later—led to public reconsideration of existing practices [2]. United Network for Organ Sharing, a private, nonprofit organization chartered by the federal government with responsibility for overseeing the national transplant enterprise, revised its allocation priorities to prevent “gaming” of waiting lists by deemphasizing the importance of time spent on the list.

UNOS recommended a new process of priority-setting more closely tied to the severity of patients’ illness, but maintained the practice of applying those clinical priorities only within and not across the UNOS regions. The 11 regions, which grew up largely as a matter of historical accident and for mostly administrative purposes, vary considerably from one another in population, incidence of end-stage liver disease, and rates of organ procurement. But the proposed revisions appeared to fan, rather than dampen, the controversy.

In response, the Secretary of Health and Human Services appointed a special, ad-hoc review panel to conduct public hearings on the general issue of allocation of donated organs, which thereafter made its recommendations to the secretary in early 1997. Based on the panel’s recommendations, the secretary then promulgated new regulations UNOS would be required to follow in establishing liver allocation policies, including a specific requirement that geographic equity be addressed [3]. In response to complaints about the geographic equity requirements, however, Congress voted to suspend implementation of those regulations and requested that the Institute of Medicine perform a study of the policies contained in the regulations and their likely impact on the transplantation process.

The IOM report, completed in 1999, specifically recommended that existing UNOS policies, which called for a new, quantitative system of setting priorities based on medical criteria, be applied uniformly across geographical areas with populations of roughly nine million, a system that would effectively supersede UNOS’s regional structure [4]. While UNOS has subsequently refined its medical prioritization criteria, livers are still allocated on the basis of medical need within a given UNOS region, producing the discrepancies in waiting times, transplantation rates, and outcomes.

The continuing centrality of the UNOS regions in liver allocation has also fostered a system in which patients with sufficient sophistication and financial resources strategically seek care—and placement on waiting lists—in regions with shorter waiting times and higher transplantation rates than those in which they reside. While allowed by the current rules, this option, of course, is only available to those with access to such resources, adding a significant socioeconomic gradient to location-based disparities. Steve Jobs, a resident of Northern California, received a liver transplant in 2009 in Tennessee [2]. For most people awaiting transplantation, it is simply not practical to reside in another city, often far from their families and support systems, while awaiting a transplantable organ.

Like the Accreditation Council on Graduate Medical Education, the Joint Commission, and literally dozens of other organizations in health care and other sectors of public policy, UNOS is a private, not-for-profit organization that has been delegated an important public function by the federal government, although UNOS, unlike ACGME and the Joint Commission, relies heavily on direct public funding as well. In a nation that has always been suspicious of governmental authority and reluctant to permit governments to exercise discretion in especially sensitive matters, such delegation gives the appearance of taking decisions “out of politics” and putting them in the hands of presumably disinterested, objective authorities.

UNOS is governed by a board of directors comprising representatives of the major “stakeholders” in organ allocation. At least half the board, under UNOS bylaws, must be physicians engaged in transplantation, and another 25 percent must be people who are awaiting or have received transplants or have donated organs and their family members. Other enumerated categories of stakeholders include representatives of local organ procurement organizations, histocompatibility laboratories or their scientific experts, transplant coordinators (generally hospital or medical center employees), nonphysician transplant professionals, and representatives of health care fundraising or advocacy organizations—such as the National Kidney Foundation—and the general public. Critically, most UNOS board members are elected on a regional basis, from within each of the 11 geographic regions around which existing allocation policies are organized. Board seats are partially based on regional representation, despite the threefold variation in population across the UNOS regions [5].

To the extent that interregional equity is a concern in the development and administration of organ allocation policies, UNOS’s bylaws actually reinforce the existing regional structure and the importance of regional interests. And while transplantable organs are a scarce resource, transplant centers are not. Judging by the numbers of transplants performed at many centers, a more rational allocation system would have fewer. With modern preservation capabilities, there is little impediment to a liver traveling to a patient in greater need than a patient in the region where the liver originated. But medical centers feel a variety of pressures to maintain transplant programs for academic and competitive reasons, and many programs are quite lucrative.

At least in the particular form under which it is organized and governed, therefore, UNOS cannot really be said to have taken the politics out of organ allocation. Rather, it has replaced the political conflicts in government with its own internal political divisions. In a situation in which there is a relatively fixed supply of a valued commodity, allocation is what social scientists would describe as a zero-sum game: any change in formula that makes one stakeholder better off will adversely affect the others. When regional representation encompasses wide variation in populations and need for the commodity, moving away from an inequitable status quo is thus extremely difficult.

The transplant community did a good job of addressing the IOM’s call for the creation of a disease-severity scoring system (the model for end-stage liver disease or MELD score) to more accurately and fairly assess a patient’s medical need for transplantation. While there are some patients whose disease severity is not fully captured by the MELD system, all would acknowledge that it is far more closely tied to objective clinical values than the prior system, which included a number of subjective variables [6]. In addition, per IOM’s recommendations, the effect of waiting time on allocation is now minimal (except for patients with the same MELD score), which is definitely another step towards more equitable allocation.

Disappointingly, however, the transplant community has largely ignored the recommendation to eliminate geographic inequities by reorganizing liver distribution into uniform organ allocation areas to ensure broader sharing such that “allocation be based on common medical criteria and not accidents of geography” [4]. In short, over a period of more than a decade in which thousands of lives have been at stake, neither the responsible public nor private institutions have acted to redress these geographic inequities. Instead, as happens so often in the American health care system, rationing takes place in an arbitrary and haphazard way, in which only those with considerable resources are able to escape correctable “accidents of geography.” 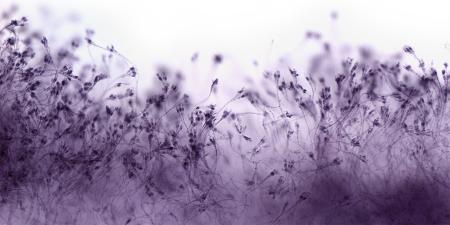 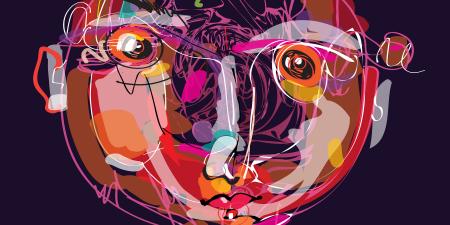 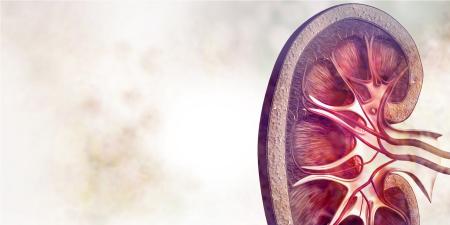 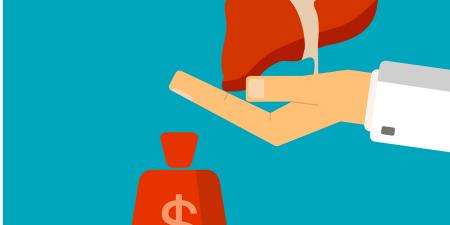