For physicians with psychiatric illness, especially when newly diagnosed, one concern can be what effect patients’ knowledge of their physician’s diagnosis can have on their relationship. As a pediatrician with bipolar disease, about which many patients and the community are well aware, I’ve found that patients are much more concerned with the quality of care they receive than with whatever psychiatric problems their physician might have. I offer this narrative in hopes that it will allay other physicians’ fears of “disclosure.”

I started writing about mental illness before I thought about becoming a doctor. My original—now 45-year-old—diagnosis was schizophrenia. Having been profoundly paranoid and suffered three psychotic breaks in quick succession, I received a guarded prognosis. But I did well and began writing, then landscaping, and then substitute teaching. I cleared up gradually and regained some of the 30 pounds that had melted away during the not-eating-or-sleeping parts of the illness. I was promoted to “a schizophrenic who might do well on lithium.” The care I received was in many ways better than what happens today, mostly because I was allowed to be hospitalized long enough to get a clue as to what was wrong with me. Back then, doctors got to say how long people were hospitalized. However, the verbiage around psychiatric diagnosis and treatment was then—and still is—rarely helpful.

I wrote a book about my experiences [1], thinking a good first-person account of psychosis would lead to definitive tests and better treatments. I also published a few articles about mental illness. I was excited about the medical model as a way to get past the shame, blame, and stigma. Curiously, my ability to do math and science, which had started drifting away in high school, came back, and I started thinking that I should try to go to medical school. I went to University of Massachusetts Boston and did well.

I was six years older than most applicants for medical school and had some marginal grades in my previous college career, but the few medical schools that wanted to interview me were more interested in my writing than in my undergraduate record. If my mental health was mentioned at all, my interviewers said that they were sure I wasn’t schizophrenic and we left it at that.

Some of the stigma surrounding mental illness would go away if the many people—including more than a few physicians and medical students—who recover well enough to pass for “normal” didn’t do such a good job of it. That path was not open to me. Through a series of incidents I wouldn’t have chosen, including a psychotic break four years after residency, the fact that I have mental illness is not a secret. It’s been well known to anyone who cares to know it throughout my career [2].

Two nurses whose children I took care of saw me actively psychotic, one of them when I was in the emergency room in four point restraints and boxer shorts. She said she hoped I would get better. I told her I was doing my best and asked how her son was doing. Another nurse who happened to work at the psychiatric hospital I was taken to had six sons I took care of. She very helpfully told me that I had been a good diagnostician before I got sick and would probably be a good one again, and that maybe an AA meeting would be helpful. (The amount of Jack Daniels I had been using as a mood stabilizer had gotten out of hand.)

From a practical point of view, having a famous father is more of a distraction than having mental illness.

“I’ve read everything he ever wrote.”

“Great. Is there any fever, vomiting, or diarrhea? How long has your child had this hideous rash?”

Most of my patients don’t know or care that I have a mental illness. They are appropriately much more concerned with the symptoms and problems they hope I can help them with. It helps that I’ve spent 35 years in the same community taking care of their neighbors, friends, and families. Patients don’t come to me because I have bipolar disease, but it doesn’t keep them away. I’m now taking care of babies of patients I took care of when theywere babies. If I can hold on a few more years, there will be yet another generation.

Aside from my own community, I’ve visited several places where clinicians are trying to help people with mental illness. When I ask the best ones, “What diagnosis do these people have?,” they look at me quizzically, a little abashed and say, “We have no idea.” Effective treatment—whether it’s a medication, group therapy, or an empathic nurse—leads to more effective treatment. It all works together. Attacking problems directly works. Hungry people should be fed. Homeless people need homes. Anything we can do to make the unemployable employable is helpful. The role of good diagnosis turns out to be less important than people think.

What matters most are empathic, healing relationships. There shouldn’t be any stigma around medication, and it’s important for clinicians to recognize that it helps some and doesn’t help others. The point is that we should help patients have a good life. Whether or not a patient needs medication should be a relatively minor detail. I take medication. My experiments and my optimism and hope that I won’t need medication someday have yet to pan out.

When I talk to patient and family groups, I usually say, “If nothing I say sparks any interest, it’s possible you’re taking too much medication. If it’s the greatest talk you’ve ever heard, maybe you should take a little more.”

The medications used to treat mental illnesses have serious side effects. You’d be crazy to take them if you didn’t need them but even crazier not to take them if you do need them. By the way, I don’t mind the word “crazy,” although I appreciate how some folks with mental illness don’t like it. Words and labels can mean different things to different people, and what they mean is worthy of respect. I also have reservations about calling patients “clients” because it makes it sound like there’s something wrong with being a patient who has a mental illness.

So my conclusion from all of this is that if you’re lucky enough to get a medical education and have the privilege of being able to take care of two—going on three—generations of children in the same community, having mental illness is no big deal.

Addiction, 12-Step Programs, and Evidentiary Standards for Ethically and Clinically Sound Treatment Recommendations: What Should Clinicians Do?

Mental Illness, Inside and Out 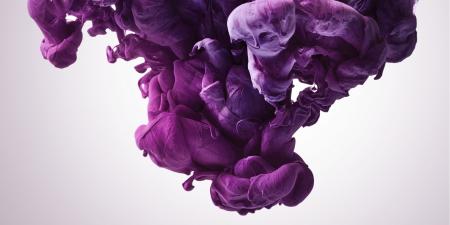 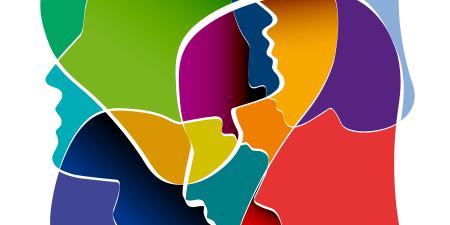 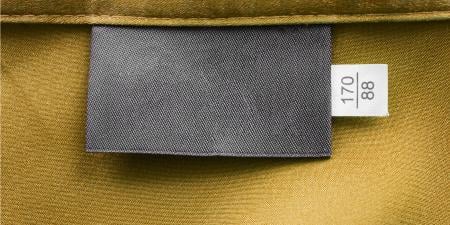 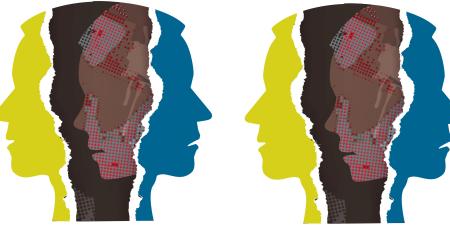