In September 2000, the governor of California signed into law Senate Bill 648 which authorized physicians in California to dispense enough extra medication to patients infected with Chlamydia to treat their sex partners [1]. The Centers for Disease Prevention and Control recently recommended that this practice of expedited partner therapy be a key component of the medical management of urogenital chlamydial infections [2].

Background: The Problem of Chlamydia

Chlamydia trachomatis infection is one of the most common sexually transmitted diseases (STDs) in the United States, affecting 5-10 percent of sexually active adults. It is the infectious disease most frequently reported to the Centers for Disease Control and Prevention [3]. Annually, there are about 2.8 million cases [4]. Left untreated, Chlamydia can cause pelvic inflammatory disease, ectopic pregnancy, and infertility. Chronic chlamydial infection may also increase the risk of acquiring and spreading HIV infection [5].

To reduce the continued transmission of Chlamydia it is important to prevent reinfection and treat sex partners of infected patients. Prior research has shown that repeat infection frequently occurs in treated patients within 3 months [6]. Effective control of sexually transmitted diseases has always included efforts by public health authorities to inform, evaluate, and treat sex partners who may have been exposed. Doctors should know which sexually transmitted diseases (such as chlamydial infection, gonorrhea, and syphilis) are reportable in their state and that laboratories are mandated to report positive cases of those STDs to the health department without the explicit permission of the doctor or patient.

The Role of Public Health

Since the capacity of the local health department to respond to STD reports is highly variable and the majority of health departments do not have adequate resources to follow up with sex partners of patients infected with Chlamydia, the burden of treating those partners rests mainly with the doctor.

Current public health policy has made the most of patients' interest in taking a proactive role in their health and the health of the community by enabling them to deliver safe and effective treatment to their partners. That practice is considered both logical and utilitarian, offering the greatest good for the greatest number of persons. It is, however, contrary to standards of medical practice that, in most states, prohibit prescribing medication without a good faith examination. Some states also prohibit the sharing of prescription drugs.

Standards of medical care that require a medical history and physical examination before prescribing make sense when a diagnosis is uncertain, the treatment potentially dangerous, or the costs of treatment outweigh the potential benefits to public health. The Centers for Disease Control and Prevention, however, recommend that all sex partners of persons with a diagnosis of Chlamydia, gonorrhea, and syphilis be treated based on their epidemiologically linked exposure. While a medical history may be necessary to reduce the risk of an allergic reaction or a drug-to-drug interaction in a patient, with the currently recommended treatments for Chlamydia [7] (azithromycin 1 gram once by mouth) those events are rare, and the community benefit of reducing disease transmission may outweigh the risk of an infrequent event like an adverse drug reaction in an individual patient. Physical examination does little to mitigate the likelihood of adverse drug events but could be useful in excluding concomitant illnesses or more serious complications of infection (for example pelvic abscess or pelvic inflammatory disease).

The Role of Research

Given the logical and ethical rationale for treatment of sex partners of persons with sexually transmitted diseases, why is research necessary to further justify public policy in favor of the practice? The answer is that the practice of medicine and public health is ideally based on sound scientific evidence that demonstrates the efficacy, risks, and benefits of a specific intervention.

As with clinical trials, the first priority in public health is to demonstrate that a practice is feasible and safe. After safety has been established, clinicians must evaluate efficacy, and, ultimately, they must determine how the intervention performs in the real world. Our first study was an observational one which demonstrated that, in a municipal clinic for sexually transmitted diseases, about 30 percent of patients accepted extra medication to give to sex partners [1]. In a follow-up study about 70 percent of those who accepted treatment reported giving it to their sex partners, and no adverse effects were reported. Those observational studies occurred at the same time that efficacy studies were started which showed that patient-delivered partner therapy was safe and might be associated with a 20 percent reduction in the rate of reinfection [8]. Subsequent studies showed greater efficacy with patient-delivered partner therapy, now called expedited therapy, reducing the rate of reinfection by 24 percent [9].

Based on this strong evidence, the CDC will likely recommend in the 2006 version of the STD treatment guidelines that expedited partner therapy become standard practice in the management of all patients infected with Chlamydia and gonorrhea.

A major reason why research must inform public policy is that the practice of public health is political. Everyone has an opinion about what is the right balance between individual health, autonomy, and privacy, on the one hand, and the health and welfare of the community, on the other. That balance had shifted over time in the United States from the decades of truly progressive social hygienists (1920s and 1930s) to the "me" generation of the 1980s and 1990s. In one era, mandatory syphilis testing made sense, while in another, an individual's right not to immunize his or her children was upheld. Current policy makers want to see the cost, the benefits, and the data on which public health recommendations are based to justify decisions to critics and to gain backing from supporters. The requirement for research to inform public health policy is, however, not without its costs, particularly in time and lost opportunity. It can take years for research to be adequate—multiple studies are necessary in a variety of populations, and that delays the potentially valuable implementation of policy. Policy that entails a lower cost and less controversy (eg, dietary recommendations for children) might be implemented more quickly than policies that are more invasive and permanent (eg, male circumcision to prevent HIV transmission).

In summary, research is a critical element in the development of sound public health policy, but the requirement for adequate research can delay timely implementation and result in missed prevention opportunities. Conducting research that impacts public policy is highly rewarding when the goal is less the advancement of science than the practical protection of public health. Research leading to the dissemination of results in widely read periodicals may be more worthwhile than that published in the most competitive medical journals. Public health needs greater evidence on which to make policy recommendations and more researchers interested in providing that evidence. The future of the health of our community depends on it. 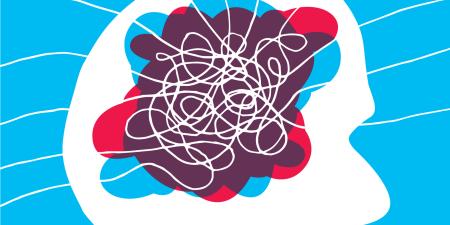