Mr. Tournoff came into the City Hospital Emergency Room for treatment of fever and lymphadenitis. Frank, a third-year medical student, took the history and physical and discussed the case with the attending physician, Dr. Anderson. They decided that Mr. Tournoff should be admitted for intravenous antibiotics.

Mr. Tournoff's nurse, Susan, chatted with him as she placed his IV line. Because of his youthful appearance and his having checked "single" marital status on the intake sheet, Susan asked him, "So, do you have a girlfriend that you need to get in touch with about being admitted?" Mr. Tournoff informed Susan that, actually, he'd had a boyfriend for 5 years and that he had already told him he was going to the hospital.

Susan then left the room and told her co-worker, Anna, about the exchange. "You better use barrier precautions with him. He may have HIV," Anna said.

"Who has HIV?" asked the charge nurse, overhearing their conversation.

"The guy in room 3," replied Anna. "He says he's gay and he has lymphadenitis."

"Well, we don't know for sure," Susan explained.

"Better wear protection when you go in there," instructed Anna.

Susan then noted that the IV in Mr. Tournoff's room was beeping. She put on a yellow cover gown and mask before entering the room. In the room, she double-gloved as Mr. Tournoff watched her curiously. After fixing the IV she left the room and called the ward that was accepting Mr. Tournoff. She informed the accepting nurse that the patient was gay and HIV precautions were in order. She said that she wore a gown and mask and double-gloved "because you never know." The ward nurses discussed the situation among themselves and decided to follow Susan's recommendations. Contact and respiratory precautions were posted for all people entering the room.

The following morning on the ward, Frank, the medical student, again visited Mr. Tournoff. The precautions sign puzzled Frank. He checked the chart and saw no order for precautions, so he assumed it was a mistake. He entered the room without wearing any barriers and conducted his physical exam. Dr. Anderson then joined Frank at the bedside; Dr. Anderson was not wearing any protective garb either.

Dr. Anderson explained that Mr. Tournoff's EBV titers had come back very high, suggesting that Epstein-Barr virus was the cause of his current infection. Mr. Tournoff was happy to hear that nothing more serious than mono was going on. "I thought for sure something awful was happening! All of the nurses were coming in here in gowns, masks, and multiple pairs of gloves. They seemed really stand-offish, like they didn't want to touch me. When I asked why, they wouldn't tell me. I was wondering if I was dying," he explained.

"But the patient was tested last month and was negative. His primary care physician faxed his labs over yesterday," Frank persisted.

"You know, sometimes it just doesn't make a difference. People around here overreact about gay patients. Not much we can do about it, " Dr. Anderson replied.

"But you heard the patient. It really bothered him to be treated like a leper. I don't understand. Isn't there someone we can talk to about this?" Frank said in frustration.

"Well, you are quite the idealistic student aren't you? Tell you what, do whatever you want. Let me know if you find out anything," Dr. Anderson said, laughing.

This case raises several ethical issues that physicians commonly face. How does one balance caring for a patient and protecting oneself from harm? Can patient information that may be required to protect health care providers from harm be shared with others? What information must be disclosed to patients? What should you do when you observe unprofessional behavior?

Protecting Oneself from Harm

Clinicians understandably may have concerns about how to protect themselves from infection. Their responsibilities for patient care may put them at risk. While they have an ethical obligation to act in the best interests of patients under their care, they need not disregard their own safety and well-being [1]. It is appropriate to take precautions against infection, but those precautions must be reasonable under the circumstances.

In this case, some of the precautions that the nurses implemented were not warranted, given how human immunodeficiency virus (HIV) is transmitted. HIV is not spread through casual contact but requires exchange of bodily fluids [2]. HIV is not spread through the air, so respiratory precautions were unnecessary. On the other hand, a needlestick can transmit HIV, so wearing gloves when (re)inserting an IV is reasonable. Even if the nurses believed all the precautions they instituted were necessary to protect them from infection, that does not make their actions reasonable. In Bragdon v Abbott, the US Supreme Court considered what evidence of risk the Americans with Disabilities Act requires in order to permit restrictions on care of an HIV-infected individual. In that case, a dentist had agreed to treat an HIV-infected patient only in a hospital, based on his belief that hospitals had safety measures not available in his office that would reduce the risk of HIV infection. The Court concluded that the assessment of risk must be based on "objective, scientific information," not the dentist's professional (and erroneous) judgment [3].

In this case, the actual risk of HIV infection was low. The nurse made an assumption that the patient might be HIV-infected based on his sexual orientation. However, his HIV risk depends on his behaviors, not on his sexual orientation. Indeed, if the patient and his boyfriend of 5 years have had a mutually monogamous sexual relationship, the likelihood that the patient is HIV-infected could be quite low. His medical records confirm that his recent HIV test was negative.

Being cautious is not often a problem. However, in this case, the nurses' actions had a negative effect on the patient. Because the nurses approached him fully gowned, masked, and gloved and were reluctant to touch him, the patient became anxious and concluded that he was more seriously ill than he was. This problem might have been avoided had the nurses told the patient the reasons for implementing precautionary measures. Having to explain their actions might also have caused the nurses to think critically about which precautions were actually necessary.

This case also raises the question of who should have access to confidential patient information. Confidentiality is essential to good patient care; it enables patients to share personal information relevant to their care. Confidentiality has been particularly important in the context of HIV because of the stigma associated with HIV/AIDS and the potential for discrimination and other social harms. As a result, HIV/AIDS information receives even greater protection than other medical information [4]. However, health care providers may need access to confidential patient information in order to protect themselves. While information about a patient's HIV infection may be shared within the medical team, such disclosures should be limited to those who directly care for the patient and therefore have a need to know. The case suggests that the charge nurse overheard the patient's nurse's comments about the possibility of HIV infection. While the charge nurse may need to know this information because of her position, the way that she learned about it serves as a reminder of the risk of inadvertent disclosure of confidential patient information. Some hospitals have implemented programs, including posters and cards, to remind staff to avoid confidential discussions in public places.

Alternatives for the Physician

The attending physician could have taken several steps to ameliorate the situation. First, she could have addressed the situation with the patient, who was clearly upset by how the nurses had treated him. Dr. Anderson could have responded to the patient's concerns without endorsing the nurses' behavior. For example, she could have apologized that the precautions caused the patient anxiety and explained that the nurses were taking steps to protect themselves from infection. Second, she could have used the case as an opportunity to educate the nurses and other staff members. It is possible that the nurses have misunderstandings about how HIV is transmitted. Such education may take place informally, in one-on-one discussions, or through formal staff-wide trainings. The attending physician need not take on the training responsibility herself if she brings the issue to the attention of department managers.

Role of the Medical Student

As a medical student, Frank may feel powerless to remedy the situation, but there are some steps that he can take; in fact, he has already taken the first step by mentioning the incident to his attending physician. It is important for medical students to ask questions when they are confronted with circumstances that make them uncomfortable. In some cases, medical students may misunderstand the situation because they do not fully understand the medical circumstances. For example, they may incorrectly view an adverse event from an intervention as a "mistake." Communicating with attending physicians can clear up such misunderstandings. In this case, the attending validated Frank's concerns but was unwilling to act. Frank may be reluctant to discuss this situation with other physicians out of concern that the attending may misunderstand his efforts and retaliate against him. One appropriate avenue for Frank is discussion with the clerkship director. The clerkship director may be able to facilitate further discussions with the attending, if desired, or use the case anonymously in teaching. 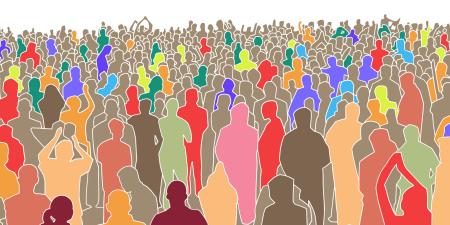 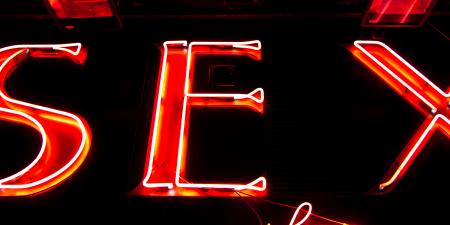 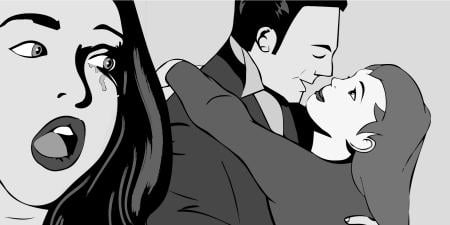