In their recent article, “How Should Global Tobacco Control Efforts Be Prioritized to Protect Children in Resource-Poor Regions?,” Bialous and van der Eijk rightly highlighted that tobacco and e-cigarette marketing “is a violation of fundamental children’s rights.” As I have noted elsewhere, smoking is a pediatric epidemic.1 Maziak set the record straight: “Allowing this natural e-cigarette experiment on our most vulnerable and voiceless population—children—even with the best intentions for adults is not grounded in any public health or ethical values, even the most pragmatic ones.”2 However, the authors’ claim that “challenges include weak implementation … of the WHO [World Health Organization] Framework Convention on Tobacco Control [FCTC] and a lack of consensus among health professionals on how to address the tobacco industry’s health claims related to e-cigarettes” deserve comment, as the WHO and health professionals simply failed to do their job adequately.

First, why is the WHO enduringly failing to monitor the implementation of the FCTC despite parties’ obvious and major breaches, making the FCTC worth “no more than the paper on which it is written”?3

Second, why are so many experts, mainly in Europe, once more fooled by the “harm reduction” motto, just as the public was previously fooled by filters and light and low-tar cigarettes?4 Who could believe the industry aimed to end its business when buying e-cigarette companies and filing patents or did not aim to promote traveling to countries where vaping was allowed when, in 2010, Johnny Depp used electronic cigarettes in The Tourist?5 Vaping is not quitting. Although benefits of vaping have not been demonstrated yet, the development of lung adenocarcinomas and bladder urothelial hyperplasia has been demonstrated in in vivo experiments with mice exposed to e-cigarette smoke.6 Toxic compounds in e-cigarette vapor must be included as a carcinogen in Group 2A (“limited evidence of carcinogenicity in humans and sufficient evidence of carcinogenicity in experimental animals”) of the International Agency for Research on Cancer.7

Third, even in wealthy countries, pledges for tobacco control are a smoke screen to protect vested interests, although not solely those of the tobacco industry. No government has reduced nicotine content in cigarettes yet: in the 1960s, Sano was marketed as “a cigarette with the lowest nicotine level, getting the lowest sales among 40 brands, the only commercial failure of the tobacco business ever!”8 At the same time, use of ammonia to “freebase” nicotine (“crack nicotine”) allowed “Marlboro sales to skyrocket,” switching first place with Winston, whose sales fell.8

In the United States, the 2009 Family Smoking Prevention and Tobacco Control Act gave the Food and Drug Administration the authority to regulate tobacco products, including the use of flavors and nicotine levels.9 Nothing has happened yet but postponed promises, allowing a free ride for the nicotine and flavor races.10 In contrast, San Francisco voters decided in June 2018 to ban the sale of flavored tobacco products, including menthol cigarettes and vaping liquids.11 The functioning of democracy depends on the responsiveness of government to its citizens and the ability of its citizens to interact with their authorities.

In France, in 2014, despite the WHO’s warnings against such claims,12 the French High Council for Public Health issued recommendations for e-cigarettes, starting by classifying them as “an aid to stop or reduce” smoking.13 Recently, after the epidemic of serious lung diseases in the United States, the French Minister of Solidarity and Health issued mostly reassuring claims: “We are not in the same situation as in the United States. We do not have a specific health alert … e-cigarette is prohibited for sale under 18 years” of age.14 She overlooked a recent sting operation by a nongovernmental organization, which confirmed that one-tenth of French tobacconists sold tobacco to those aged 12, despite the legal age being 18.15 Indeed, the law was flawed, deliberately lacking provisions for enforcement and compliance checks by the administration.

Restrictions on sales and advertising, even if enforced with much zeal, would be a smoke screen: no one can expect the youngest to be superheroes in rejecting a social norm, unless they are naïve at best. Simply, nicotine and flavor, gateways to addiction, must be banned. However, it will not happen: the tobacco business is the goose that laid the golden egg for the US Department of the Treasury: tax revenue. In France and the United Kingdom, as in most Western European countries, cigarette taxes represent more than 75% of retail prices.16 Taxation allows the most vulnerable, who are excluded from paying income tax, to contribute tax revenue, with savings in health care costs and retirement benefits.17 Indeed, smokers die 10 to 12 years younger than nonsmokers.18

How Should Physicians in Low- and Middle-Income Countries Regard Electronic Nicotine Delivery Systems to Facilitate Smoking Cessation?

Images in Cigarette Warning Labels: How Should They Warn? 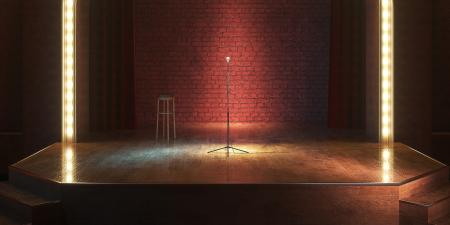 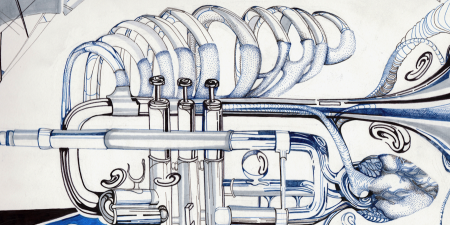 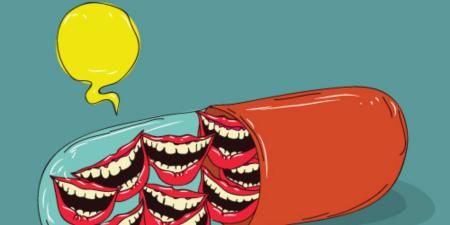 How to Use Humor in Clinical Settings 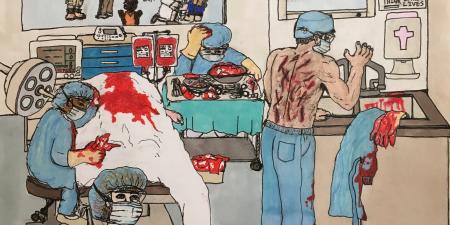