In 1985, 14-year-old Ryan White, a hemophiliac diagnosed with AIDS, was expelled from school for fear that he would infect the rest of the student body. Students defaced his locker with the word "fag." When his family ate out, restaurants would throw his plate and utensils away after he left. Among the first and youngest to suffer such open discrimination, Ryan would become a symbol for the AIDS activist movement and inspire Congress to enact a bill bearing his name to protect and help future AIDS sufferers.

At the end of 2006, President Bush reauthorized the Ryan White CARE Act, signaling to the American people that the U.S. government was still actively committed to combating both AIDS and, more importantly, the prejudice and stigma that forced the bill to be enacted in the first place.

During the early years of the epidemic, the media was instrumental in helping to stabilize the rates of new HIV infections. Over the ensuing 20 years, however, the national media seems to have grown complacent about its commitment, recently shifting its focus away from domestic cases of AIDS to foreign ones [1]. Still, 1.2 million Americans live with HIV or AIDS and 40,000 more will become infected this year, a rate that has not decreased in 15 years [1, 2].

For an entirely preventable disease, an incidence of 40,000 cases a year is simply unacceptable. How can the media make a dent in the stalemate of a 25-year-old fight? In large part, the media has neglected the disease's two highest at-risk groups: men who have sex with men (MSM) and intravenous drug users (IDUs) [1]. Some may argue that these groups have been ignored because of the stigma associated with the behaviors that describe them. If the media is truly committed to fighting HIV/AIDS, it should take the lead in directly addressing both the stigma and the behaviors that shackle HIV prevention efforts among these marginalized groups.

Society's discomfort with the disease continues to contribute to its spread by deterring asymptomatic HIV screening and forcing seropositive individuals to remain unaware of their infection and thus unwitting agents of the disease [5]. A recent study found that 54 percent to 74 percent of new HIV infections were contracted from people who were unaware they were HIV positive [6]. It has also been shown that fear of social reprisal prevents people from seeking out HIV information and using available resources [7]. Clearly then, the media's neglect of the role of stigma in spreading HIV has detrimentally affected the high-risk behaviors of these groups.

Men who have sex with men. This classification refers to gay, bisexual and transgender males and men who have male-male sex but self-identify as heterosexual. Although the media has made strides in reducing stigma toward MSM, much work remains to be done. In 2005, this population comprised about 44 percent of people living with HIV/AIDS in the U.S., the highest percentage of any group, including heterosexuals and IDUs combined [8]. This is a 3 percent increase from 2001 and is consistent with the results of other studies that suggest unsafe sex practices among MSM are becoming more common [8].

One such behavior is the growing lack of condom use among MSM due to a decreased perception of risk and consequence [9]. A 2001 study reported that this was in part due to "AIDS burnout," a backlash caused by years of exposure to generalized, simplistic safe-sex messages that inadvertently reduced the salience of HIV infection in the minds of MSM. In other words, because the messages did not address the specific high-risk behaviors and stigma associated with the MSM population, these messages were mostly disregarded. Another unsafe behavior on the rise is the increasing likelihood that MSM will not disclose their HIV status to their partners because they consider it "nobody's business" or fear rejection [10].

Increasingly common unsafe sexual practices among MSM demonstrate the need for targeted media intervention. Despite the tremendous amounts of HIV/AIDS information available to the general public, it is apparent that MSM are not accessing it, or they are simply ignoring it; otherwise their incidence rates would at the very least remain constant. MSM need a specialized campaign to help them learn more about high-risk behaviors and to overcome their "it's nobody's business" attitude.

Intravenous drug users. There are approximately 1.4 million IDUs in North America, and they comprise about 17 percent of all U.S. HIV/AIDS cases. Sharing of contaminated needles is the primary mechanism responsible for elevating HIV risk among IDUs.

Intravenous drug use represents a particularly difficult problem because of the social and legal views of the practice. IDUs are often estranged from the health care system and do not seek out its services [8]. A recent study found that one of the greatest barriers to effective treatment of IDUs was fear of registration as a drug user [11]. Another study reported that social isolation may in fact increase high-risk behavior among IDUs by driving them underground into hidden, unsanitary conditions like abandoned buildings or alleys where they are more likely to share needles [12].

This is not to suggest that media efforts should condone intravenous drug use in its attempts to destigmatize it. To the contrary, antidrug campaigns must work in tandem with HIV prevention strategies to reduce transmission rates by eliminating the high-risk behaviors altogether. But the media must work to help reduce stigma aimed at health care professionals and create harm-reduction strategies for IDUs. As of 2005, nearly one-quarter of physicians had negative attitudes toward IDUs seeking health care, and, as a result, this group had a significantly reduced rate of adjusted exposure to highly active antiretroviral therapy [13]. Despite the proven efficacy of harm-reduction efforts like needle-exchange programs in reducing both HIV infection rates and drug use, the U.S. government is still well-supported in its ban of federal funding for such projects [7, 14].

While health care ethics will always battle the letter of the law when it comes to helping IDUs, being a drug user should not concomitantly condemn one to HIV infection. The media must recognize that, though drug use is a complex and sensitive issue, IDUs still have the right to live HIV-free. In fact, studies have shown that IDUs demonstrate positive results in response to a concerted intervention, with incidence rates often halting or even reversing [7].

When AIDS was first discovered, it was labeled a "gay disease" and discrimination against homosexuals was rampant. It is understandable, then, why early media campaigns, in the interest of spreading accurate knowledge and gaining public acceptance, poured resources into advertising aimed at all sexually active individuals [1].

These initial efforts no doubt helped extinguish the early spark of a U.S. epidemic. Now, however, the time has come for the second phase in the media's fight against HIV and AIDS. As Richard Feachem, executive director of the Global Fund to Fight AIDS, said, "As we get the fire engine to the scene and begin to put out the blaze…our attention now must begin to focus on the long term" [15]. And in the long term, the steady rates of HIV incidence must turn into declining rates.

The best way to accomplish this is for the media to expand its messages to inform all groups of people about HIV and protect them from infection in a manner that is best suited and most relevant to their needs. Media resources should now focus on specialized campaigns to reduce the stigma surrounding high-risk groups and address the specific behaviors that lead to higher incidence levels.

The needed change is not one of method but one of theme. After 25 years, the media know what works: public service announcements, news articles and broadcasts, and HIV story lines in popular TV shows. As the Look/Listen/Love/Respect campaign, the sole national high-risk group media intervention, has demonstrated, celebrities have a tremendous power to reduce stigma, spread knowledge and promote action.

While Ryan White wouldn't be as discriminated against today, his schoolmates certainly ostracized him 20 years ago. Today, he is seen for what he was: a suffering human being who deserved nothing less than complete respect and compassion. By extending the same respect and compassion to today's stigmatized at-risk populations, we encourage them to hear and heed the messages that can save their lives. 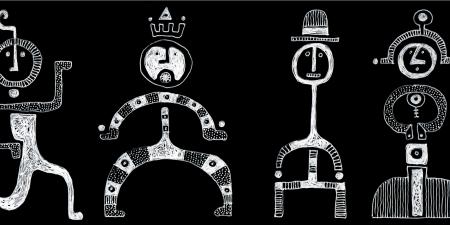