From November 2002 to July 2003, worldwide attention turned to cases of a rapidly progressive respiratory illness that spread through five continents. The regions most affected were Guangdong Province in China, Hong Kong, Vietnam, Singapore, and Canada [1-3]. The illness was eventually named severe acute respiratory syndrome (SARS) by the World Health Organization (WHO), which launched major efforts to track cases, determine an etiology, establish a laboratory test for diagnosis, evaluate treatments, and test infection control strategies to prevent further spread. There were 8,447 cases—21 percent occurring in health care workers (HCWs)—and 813 deaths (9.6 percent overall mortality) by the time SARS was contained in July 2003 [4]. The case-fatality rate in 2003 was estimated at 13.2 percent for patients younger than 60 years and 50 percent for patients older than 60. Fifty percent of patients with SARS-related acute respiratory distress syndrome (ARDS) died [4].

SARS was first reported in Guangdong Province, China in November 2002. Health care workers and their contacts—those who care for, live with, or have face-to-face contact with them, which confers a high likelihood of direct contact with respiratory secretions and other bodily fluids—appeared to be a major factor in the outbreak [4]. The initial case was a physician from Guangdong who traveled to Hong Kong to visit family 5 days after the onset of some symptoms [5]. Other cases in Hong Kong developed in people who had some contact with the index or secondary cases, including guests staying at the same hotel as the initial case. The infection was spread to Singapore, Thailand, Vietnam, and Canada by travelers returning from Guangdong province and Hong Kong. In Toronto, a couple returning from Hong Kong were considered the index cases; the disease seems to have been spread by HCWs and patients in the institution where they were treated, and then spread further when some of those patients were transferred to other hospitals, before the Canadian medical community was aware of SARS. An outbreak of other strains of SARS-CoV, mainly among individuals with frequent animal contacts, was reported in Guangdong in late 2003 and early 2004 [6].

Adults were primarily affected in both outbreaks [7]. In the pediatric population, the clinical course was described as mild or brief with nonspecific laboratory abnormalities (e.g., lymphopenia, elevated transaminases and creatine kinase) and chest imaging changes; no pediatric mortalities were reported [4].

Speculations about the etiology of this illness favored a new strain from the coronavirus family of viruses, due to the symptom complex and pattern of contagion. Two independent studies have demonstrated infection of a relatively high percentage of horseshoe bats in China with viruses that have nucleotide sequences nearly identical to SARS [8, 9]. Furthermore, genome sequencing has demonstrated that bat SARS-like viruses and SARS isolates from humans share 88 to 92 percent of their overall sequence identity [10], which raises the possibility that bats could be a primary reservoir [11]. Further molecular studies separated the human SARS-CoV isolates into early-, middle-, and late-phase outbreak viruses. Interestingly, human SARS-CoV isolates from 2003-2004 were more closely related to animal isolates than human isolates from 2002-2003. Such findings suggest an “independent species-crossing” event [4].

Based upon the case clusters from Hong Kong and Canada, SARS appears to spread from person to person and through face-to-face contact, suggesting droplet spread [5, 12, 13]. During the Hong Kong outbreak, for example, almost one-half of patients were infected in clinics, hospitals, or nursing homes, most likely through small droplets that remain suspended in the air [14-16].

SARS-virus RNA was detected on a variety of hospital surfaces, including computer mice and elevator handrails, during the outbreaks [17]. This can be explained by the excretion of coronavirus in sputum, which can remain in the environment for up to 21 days, and vomit [18]. Other possible transmission vectors are sewage and water, because SARS virus can be excreted in stool for several weeks after symptoms have resolved [18, 19].

SARS-CoV disease can be similar to other viral illnesses. During the first week, patients can have influenza-like symptoms that include fever, rigors, headache, malaise, and myalgias. During the second week of illness, respiratory symptoms, such as dry cough and dyspnea, may emerge, in addition to diarrhea. During this time, respiratory distress can rapidly progress to full-blown pneumonia, leading to respiratory failure. Up to 70 percent of patients develop large volume watery diarrhea [20].

The WHO and the U.S. Centers for Disease Control and Prevention (CDC) issued separate, but similar, definitions for SARS [20, 21]. According to the WHO, a probable case is defined by

The CDC outlines laboratory criteria in its definition [22].

Among the laboratory tests for SARS are SARS-CoV diagnostic assay by reverse transcription-polymerase chain reaction (RT-PCR) and serocoversion by ELISA. A single positive test does not confirm diagnosis, given their high rates of false positives and negatives. Thus, RT-PCR is usually done first and, when positive, ELISA is used to confirm results. Further confirmation can be carried out in reference laboratories by testing for serum antibodies to SARS-CoV: a four-fold or greater increase in antibody titer in two clinical specimens from different sources or the same source on two different days confirms the SARS diagnosis.

SARS diagnosis can be excluded if another diagnosis fully explains the illness, if the case was classified based upon an exposure to another patient who is subsequently found not to have SARS, or if a convalescent serum sample obtained less than 28 days after the onset of symptoms proves to be negative for antibodies to the SARS virus [20, 21]. Overall, the viral culture sensitivity to confirm a SARS diagnosis is lower than that of other serologic tests [21].

Nonspecific laboratory abnormalities that may be observed with SARS include elevated serum aminotransferases and creatine kinase reported early in the course of the disease, with leukopenia and thrombocytopenia as the respiratory phase peaks [7]. Elevated lactate dehydrogenase was reported in 71 percent of 138 patients in a case series from Hong Kong [23] and appears to be associated with a poor outcome. [24, 25].

Chest x-ray patterns range from normal to diffuse interstitial infiltrates characteristic of ARDS [26-29]. Computed tomographic (CT) scan images may show parenchymal abnormalities in patients with seemingly normal chest x-rays [30-32]. Small (less than 1 cm in diameter) cysts are common in advanced disease, and both pneumothorax and pneumomediastinum have been reported [33, 34]. These findings are not specific and can be seen in other viral and bacterial respiratory diseases, but they are useful for guiding treatment.

The mainstay of treatment is supportive care [35]. Antibiotics are ineffective. Several antiviral agents, including ribavirin, have been tried, but the efficacy of these drugs has not been established [3, 12, 36-39]. In the retrospective series of 144 cases from Toronto, there was a trend toward a worse outcome in patients who had received ribavirin [4]. Most reported treatment regimens have also included corticosteroids, but there is no evidence of their efficacy.

The severity of SARS and its rapid spread highlighted the need for swift and drastic preventive methods. To a great extent, we may consider the large-scale response to the H1N1 influenza pandemic to be reflective of lessons learned from the SARS pandemic.

The WHO issued its first ever travel advisory against nonessential travel to Guangdong Province, China, and Hong Kong in April of 2003—a decision that was quickly supported by the CDC, who even broadened the restricted area and cautioned travelers to Toronto to avoid hospitals or other places in which SARS was likely to be transmitted. The CDC also advised travelers to carry materials for personal protection, such as surgical masks or alcohol-based hand rubs [20, 21]. By late June and early July 2003, the number of SARS cases worldwide had decreased through voluntary quarantines and strict infection control measures, and the WHO began lifting its travel advisories.

For any future outbreaks of SARS or similar respiratory illness, it will be imperative to isolate hospitalized patients in negative pressure rooms, which draw air in (rather than letting it out) when opened, helping to control contagion. Since the past outbreak was spread by HCWs, infection control measures, such as droplet precautions, are of particular importance [4, 20, 21]. HCWs and visitors should wear surgical masks to prevent airborne and droplet acquisition; these can be discarded into the nonregulated waste stream if they do not have blood or bodily fluids on them [4, 20-21]. Furthermore, HCWs should be barred from work if they develop fever or respiratory symptoms within 10 days of exposure to SARS [20, 21] and should remain on sick leave for a full 10 days after fever and respiratory symptoms have resolved. However, HCWs are not advised to remain home during the 10-day incubation period for SARS if they have no symptoms.

For individuals with suspected SARS, the most important element of community infection control, according to the CDC, is to remain at home for a full 10 days after fever and symptoms resolve [21]. Meanwhile, household contacts of the patient should practice strict hand washing and use gloves for contact with bodily fluids [20, 21], utensils and bedding should not be shared without proper washing, and surgical masks should be considered for close contact between SARS patients and uninfected contacts. Like HCWs’ contacts, those of SARS patients may leave the home as long as they are asymptomatic.

Health care institutions worldwide face a major challenge should SARS re-emerge, the risk of which is heightened by its similarities to other coronavirus strains of animal origin and the fact that it persists within animal reservoirs. They will have to confront emergency department overcrowding, increased sick call amongst staff, strict implementation of infection control measures, and the need to rapidly educate the general public to avoid a worldwide panic. History has shown us that coordinated leadership, improved communication among health care organizations, investment in preventive measures infrastructure, and modification of critical care services are essential to mitigating the effects of future outbreak [40]. 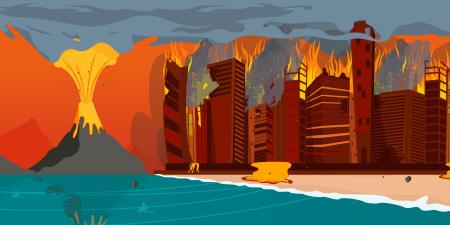 Preparing for and Responding to Mass Casualties and Disasters