Pharmaceuticals are beginning to receive attention as a source of pollution in aquatic environments. Yet the impact of physician prescription patterns on water resources is not often discussed in clinical decision making. Here, we comment on a case in which empiric antibiotic treatment might benefit a patient while simultaneously being detrimental to the aquatic environment. We first highlight the potential harm caused by this prescription from its production to its disposal. We then suggest that Van Rensselaer Potter’s original conceptualization of bioethics can be used to balance clinicians’ obligations to protect individual, public, and environmental health.

Dr. Turner, a hospitalist, is called to assess Mr. Johnson, an elderly patient with a history of urinary tract infections (UTIs), who presented to the ER with altered mental status. Urine cultures are pending but previous cultures have grown Escherichia coli (E. coli) with an extended-spectrum beta-lactamase (ESBL) gene. Although Mr. Johnson improves with intravenous fluids, Dr. Turner plans to treat Mr. Johnson with ciprofloxacin, a broad-spectrum fluoroquinolone-class antibiotic, to cover the E. coli that he has grown in the past. Dr. Turner recently read that this drug can persist, unaltered, in the hospital’s wastewater collection system and in the municipal wastewater water treatment plant (WWTP). While much will be filtered, a quantifiable amount will end up in Mr. Johnson’s local watershed. How should Dr. Turner, other physicians, and their institutions weigh the benefits that individual patients derive from pharmaceutical treatment with the contamination risk this treatment poses to freshwater resources used by entire communities and ecosystems?

Production and disposal of antibiotics, and their impact on water supplies, is often overlooked in health care. The AMA Code of Medical Ethics focuses primarily on a physician’s responsibility to her patient, whose autonomy (or her surrogate’s) can only be superseded in special circumstances for public health [1, 2] or when required by law [3]. In terms of public health, pharmaceuticals pose well-known threats to water quality, most famously documented in the feminization of fish in the United Kingdom [4], but also in the increasing spread of antibiotic resistance in surface waters [5]. In this paper, we trace the impact of ciprofloxacin from its production to its disposal to shed light on the ethical dilemmas posed by antibiotic contamination of aquatic environments. While a clinician’s duty to meet the needs of her patients is undeniable, these needs must be balanced with a moral imperative to minimize the impact of antibiotics on the environment and on other community members, including future generations.

The ciprofloxacin prescribed to Mr. Johnson is a synthetic fluoroquinolone antibiotic [6]. In the US, the Food and Drug Administration (FDA) places limits on the oxygen demand and solid sediment allowed in wastewater produced during pharmaceutical manufacturing [7]. However, these regulations do not prevent the release of pharmaceuticals into surface water. Trace amounts of at least 82 pharmaceuticals and other organic wastewater contaminants are present in streams across the US [8]. In India, where 39 percent of pharmaceutical plants that manufacture domestically consumed drugs are located, fluoroquinolone levels toxic to plants, algae, and bacteria have been found in wastewater discharged from drug manufacturers [9-11]. Antibiotic-resistant bacteria such as ESBL gram-negative bacteria and carbapenem-resistant Enterobacteriaceae have been found in surface waters and tap water in the same region [12]. Given the ease with which antibiotic-resistant genes can traverse continents, we must consider the global impacts of antibiotic production and effluent [13].

Locally, administration of Mr. Johnson’s ciprofloxacin has a direct impact on his community. Classified as a nonhazardous waste, extra amounts of ciprofloxacin mixed by Mr. Johnson’s (or any) pharmacist can be discarded down a common drain [14]. Once administered, up to 92 percent of the drug will be excreted unchanged in urine and feces [15]. It will join other ecotoxic contrast materials, antihypertensives, and synthetic hormones on their way to the WWTP [16].

Harm to Human and Environmental Health

Harm to human health. While some antibiotics are removed during wastewater treatment, many are discharged into receiving surface waters or deposited on soils in the form of sludge [5, 17]. Multiple studies have found antibiotics and antibiotic-resistant bacteria such as ESBL E. colidownstream of hospitals and local WWTPs [18-23], likely contributing to the epidemiology of antibiotic resistance [20]. Current research has yet to demonstrate a direct link between wastewater and human infections, but resistant bacteria in streams and soil can be taken up by crops, livestock, or humans [24]. Although the exact route of infection has not been established, there are several possible mechanisms. These microbes might be ingested through direct contact with streams or through the crops themselves, either causing immediate illness or colonizing a person’s gastrointestinal tract [25]. If a person later becomes sick from this microbiota, he or she could already be resistant to antibiotic treatment.

Harm to the environment. Fluoroquinolones and sulfonamides have been shown to interfere with nitrogen processing in the environment, leading to buildup of harmful nitrogen and resultant toxicity to nonhuman species [26, 27]. The predicted aquatic concentrations of amoxicillin and oxytetracycline released from WWTP annually in England exceed limits that are toxic to aquatic ecosystems [28]. Although direct harm to vertebrates from environmental antibiotic exposure is challenging to measure, pharmaceuticals in the environment can be carcinogenic, sterilizing, or fatal to species ranging from microbiota to rainbow trout [29]. These changes also contribute to loss of biodiversity [30].

Ethical Dilemmas and the Origins of Bioethics

Two ethical dilemmas are posed by prescribing empiric antibiotics to Mr. Johnson: (1) do the benefits that he derives as an individual outweigh the harm his prescription poses to the environment; and (2) do these benefits justify the consequences of antibiotic resistance and decreased water quality for other community members, including future generations?

To approach the dilemmas above, we can turn to the original conceptualization of bioethics as a tool for decision making. In 1970, Van Rensselaer Potter introduced the term bioethics [31]. He argued that human survival depended on adequate resource allocation and that ethics should prioritize our ecological support systems [32]. Potter’s bioethics was not widely adopted and the term came to describe biomedical ethics [31, 33]. This form of ethics has traditionally been limited to individual patients and clinicians while environmental ethics focuses on the broader ecology and includes regard for sustainability as an ethical and not just a biological value [33]. Common ground exists in both fields to preserve resources and prevent the spread of disease [33].

Individual benefit versus environmental harm. If Mr. Johnson truly had a UTI, morbidity can include nephrolithiasis (kidney stone), pyelonephritis (kidney infection), and urosepsis (bloodstream infection). Moreover, delays in antibiotic therapy have been shown to increase mortality [34]. However, without observable signs or symptoms of these complications, the individual benefits could be small compared to the harms to the environment if all patients in Mr. Johnson’s situation received antibiotics. In the US in 2014, about 21 million prescriptions were written for ciprofloxacin alone [35]. The CDC estimates that up to 30 percent of outpatient antibiotic prescriptions are unnecessary, including those which would have been prescribed for suspected UTI [36]. This magnitude of unnecessary antibiotic prescriptions demands intervention at the prescriber, institutional, and national level.

Individual benefit versus community harm. Clinicians and institutions can incorporate existing tools, such as the Treat Systems decision-support system (TREAT model) [37], to balance scientific and economic analysis and value-based judgements of generally acceptable risk in prescribing decisions. For a given course of antibiotics, the model balances the expected benefit (i.e., greater chance of survival) and the expected costs, including the dollar amount of a drug, its side effects, its contribution to future resistance, and even its effect on the mortality of other community members, including future generations [37]. Moral decisions about costs of reduced quality of life and the value of life for present and future patients underpin the TREAT model [37]. Without such models, the true cost of antibiotics will go unheeded. Antibiotics are not benign medications and their risks need to be fully accounted for and discussed with patients. Public and scientific discourse to determine who should receive treatment would be necessary to generate ethical guidelines for antibiotic use [38, 39].

In the meantime, antibiotic stewardship programs (ASPs) have already been successful at optimizing patient outcomes while minimizing toxicity, costs, and the potential for microbial resistance within hospitals [40, 41]. ASPs are coordinated programs led by an infectious disease physician and a pharmacist that promote appropriate antibiotic use, reduce microbial resistance, and improve patient outcomes. We traditionally think about stewardship in the context of antibiotics. However, as we develop a greater understanding of the ecotoxicity of other pharmaceuticals and their impacts on public health, the principles of stewardship applied to antibiotics might prove useful for other pharmaceuticals. The Choosing Wisely® campaign uses this stewardship framework [42]. Sponsored by the American Board of Internal Medicine and Consumer Reports, Choosing Wisely asks medical societies to publish five tests or interventions performed inappropriately [42]. The campaign also promotes conversations between patients and clinicians about these tests [42]. Sweden and the European Union have categorized drugs according to environmental risk to guide prescribers and institutions [43], and this data could be incorporated into existing prescribing models.

Mr. Johnson’s case highlights the tension between protecting an individual and minimizing harm to water sources and public health. While the environmental and public health consequences are clear, the ethical question of whether and how they should influence prescribing practices remains unresolved. Prescribers should cultivate greater environmental awareness of the fate of pharmaceuticals through medical education and through institutional and policy-level interventions such as the TREAT model, ASPs, and the Choosing Wisely campaign. These programs would also help identify appropriate prescribing habits and which antibiotics have the most benign environmental profile. We need continued research to identify sites and quantities of pharmaceutical release in aquatic environments and their impact on human and environmental health. As the influence of environmental degradation on human health becomes increasingly clear, the health care community needs to examine its roles in current environmental contamination trends and work towards creating a healthier planet for all of us. 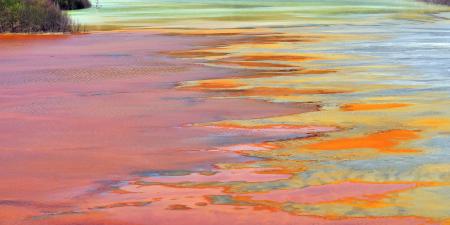 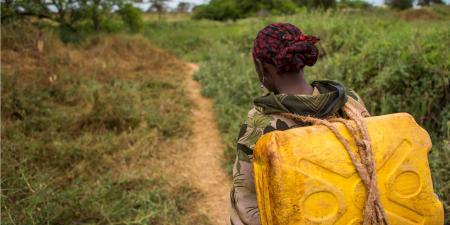 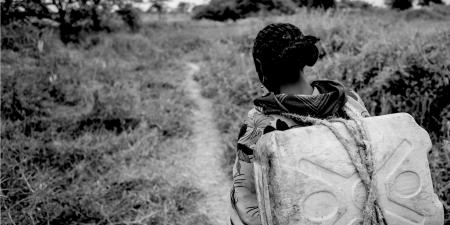