When I first walked onto the prison campus, I was surprised that it looked nothing like the blocks of rooms behind bars so often portrayed in the movies. It more closely resembled a college campus with its large stretches of green between many small buildings. As I approached, I saw a line of women waiting at the snack bar and a few mingling outside the salon next door. An unassuming structure, separate from the others, housed the women on death row. The dormitories were named, ironically, after birds.

The orange jumpsuit was ubiquitous, but a notable minority of women wore blue dresses. These were the pregnant ones, at least a few of whom arrived with each new cohort. I learned from a social worker that many women on parole who become pregnant commit a violation in order to return to the relative safety of the prison where they can obtain free prenatal care, a commentary on both the U.S. health care system and the environment in which these women struggle to survive.

Prisons offer a unique opportunity for connecting with marginalized women. Along with a few of my medical school classmates, I facilitated a series of discussions we called Healthy Transitions. The group was open to women who had just arrived at the prison, even if they had been incarcerated previously. Our aim was to provide an environment that would allow the women to share their stories, learn from each other and from us, and, ultimately, be empowered to lead healthier lives. These were lofty goals. Although I am often doubtful of the long-term effect that health education curricula have, I have no doubt that we succeeded in connecting with the women. In my mind, that was enough to make the endeavor worthwhile.

How could a group of female inmates, most of whom were undereducated, poor, struggling with addiction and mental health problems, and separated from their children connect with a group of female medical students who were possibly overeducated, generally healthy, and usually childless? I still ask myself that question, and to this day I do not know the answer. So I will simply describe what happened.

A group of three or more medical students facilitated each group session attended by about 10 inmates. The participants were, on both sides, racially diverse and often close in age. We always began with introductions and negotiation of the group rules. The rights of confidentiality, being heard, and holding your own opinion were cornerstones. A mutual agreement was made to withhold assumptions about each other's life experiences.

Each of our sessions centered on a theme—domestic violence, mental illness, parenting, and sexual health. We usually opened with a movie clip to stimulate discussion. Then, as moderators, we listened and occasionally redirected the discussion. We had a confidential question and feedback box which yielded endlessly surprising queries, confessions, self-reflections, apologies, and expressions of gratitude.

My favorite session was always the one on sexual health. During our discussions of anatomy, symptoms of sexually transmitted diseases, and pregnancy, the women were riveted. They were fascinated by the plastic pelvic model we brought with us, and asked questions about everything. These sessions were far more interesting and rewarding than discussions of similar topics I had engaged in with mostly bored and very quiet adolescents in the context of a school-based curriculum.

Our introductory classes began, predictably, with a group of quiet women, eyebrows skeptically raised and arms folded across their chests, watching us closely. The first breakthrough in gaining their trust came when the women learned we weren't getting money or class credit to be there. They thought that strange, and it increased their curiosity. Somewhere along the way, as the women shared their stories, the dynamic changed. Trust grew. It was not a perfect process, of course, and it was uncomfortable at times. On all sides of the table, though, we were gaining knowledge and understanding.

The need inside prison for quality health care, particularly addiction and mental health services, is extraordinary. In the same way that many of our society's problems are crystallized within the walls of the hospital, so too are they inside the walls of a prison. And just as bad decisions can cause people to land in the hospital, so can those choices in conjunction with sociopolitical factors lead a vulnerable woman to a prison. 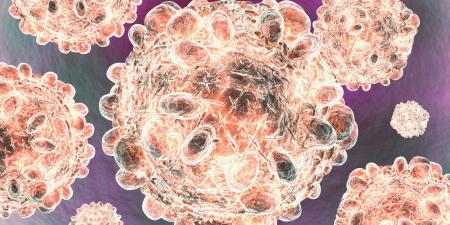