Dr. Kennedy is a family medicine physician in a mid-sized southern town. Most of the kids he treats belong to the traditional type family that is increasingly rare in urban centers but still prevalent in Dr. Kennedy's town. Of course, the town has its share of unwed teenaged mothers and kids who get into drugs and trouble, but town and church support for those in trouble is strong.

Dr. Kennedy knows that most of the families he treats discipline their kids by "not sparing the rod." That is, kids who are found out skipping school, getting failing grades, or hanging out where or with whom they should not be, get whipped with the belt. He has talked with these parents for years about this form of discipline, but they all grew up with physical discipline and they believe their own whippings are what made them into productive, law-abiding, church-going people. Dr. Kennedy keeps up his education campaign, but he hasn't convinced many parents. What they are doing works, as they see it. That's why their town doesn't have the crime and street gangs of the nearest big city.

Dr. Kennedy has never seen a kid in the ER that he suspected had broken bones or a concussion brought on by intentional beating. One day, however, Mrs. Harris brought 11-year-old Derek in for a pre-sports exam. Derek was entering middle school and was going to play soccer. The school wanted each student player to have a physical to guard against incidences of severe asthma attacks or other foreseeable reactions to strenuous work-outs. It was the last possible day before the physicians' reports were due to the school, and Dr. Kennedy fit Derek into his schedule.

During the physical, Dr. Kennedy noticed fading "stripes" on Derek's buttocks and, when he asked Mrs. Harris whether she knew how Derek got them, she said she had put them there and she'd put more there if he didn't straighten up and stop skipping school. Strangely, this was the first time Dr. Kennedy had been faced with physical evidence of the "discipline." He had known the Harrises for a long time. They were loving parents. Yet he felt as though he had to do more than just talk to Mrs. Harris once again about disciplining her kids.

Does a minor physical injury inflicted with a child's best interests at heart count as child abuse? What are a physician's ethical and legal responsibilities in such instances?

The American Academy of Pediatrics (AAP), in its 1998 Policy Statement on "Guidance For Effective Discipline,"1 sets forth working definitions to help physicians distinguish between appropriate forms of discipline and physical abuse. The term discipline (from the Latin "disciplinare" = to instruct) refers to the "teaching and nurturing that children receive to achieve competence, self-control, self-direction, and caring for others."2 Punishment is defined as the application of a negative stimulus to reduce or eliminate a behavior. Two types of punishment are typically used with children: verbal punishment, which may consist of reprimands and disapproval, and punishment involving physical pain, as in corporal punishment.

Corporal punishment—which may range from slapping and spanking to beatings and burnings—is a controversial discipline strategy. While some argue that corporal punishment is never acceptable in any of its forms, others view spanking as a useful disciplinary tool provided it is used infrequently and in children of the appropriate age. Spanking (ie, striking with an open hand) may be an effective negative reinforcement in a school-aged child, but carries an unacceptable risk of serious injury when used in children less than 18 months.1 Appropriate discipline should not leave a child with a lasting injury.

Physical abuse refers to any inflicted, non-accidental injury;3 this includes any injury inflicted with an object as well as any injury not in keeping with the history given or with the child's development.1 Corporal punishment constitutes physical abuse if it leaves a skin injury that lasts more than a few minutes.4 Child abuse remains common in North American society, resulting in 1000 deaths per year in the US alone.3 Corporal punishment severe enough to qualify as physical abuse, including beatings with rods and belts, occurs in up to 35 percent of middle class American households.5

Spanking is no more effective than non-violent discipline methods such as time-out or removal of privileges for reducing undesired behavior in children.6 In addition, its use carries a risk of physical injury and models violent behavior.7 For these reasons, the AAP recommends that parents be "encouraged and assisted in developing methods other than spanking" when disciplining their child.1

When faced with instances of physical punishment that meet criteria for child abuse, physicians are posed an ethical dilemma. The central ethical conflict lies in reconciling, on the one hand, parents' rights to raise their child according to whatever personal or religious principles they choose, with on the other hand, the child's right to freedom from physical harm and violence. In addition, physicians are bound by legal obligations to report any suspected incidences of child abuse.

In general, a physician's role in negotiating ethical dilemmas is threefold. First, they must promote informed decision making by parents and children; second, the physician should act as a children's advocate; and finally, they should override parents only as a last resort.3 These ethical principles will serve as a framework for the remainder of our discussion.

Primary care providers must be approachable, non-judgmental, and comfortable when broaching issues of discipline during health maintenance visits. While over 90 percent of pediatricians report discussing discipline in general with their patients,1 only 53 percent report discussing the pros and cons of corporal punishment in particular.8 This lack of communication may in part explain the widespread use of corporal punishment among North American families, over 90 percent of which use spanking.9 While spanking was formerly accepted and even promoted as an effective disciplinary method, more recent studies have cast doubts on its usefulness. When educating families about discipline, physicians can draw on an extensive body of research documenting the adverse effects of corporal punishment.10. Parents must often escalate the intensity of the punishment, which risks leading to physical abuse. Spanking is associated with higher rates of substance abuse, depression, and discipline problems.11 Moreover, spanking models the use of violence in conflict resolution, which may explain why children subjected to corporal punishment are more likely to be involved in violent crimes and intimate partner violence as adults.12 It may also be appropriate for physicians to provide information about local laws surrounding child abuse and mandatory reporting statutes. For more information on these, physicians may refer to the following helpful website: http://www.smith-lawfirm.com/mandatory_reporting.htm.

Act as a children's advocate

A physician's role in preventing physical abuse and encouraging appropriate forms of discipline is not limited to the confines of their office. Physicians can play an active role in changing community attitudes toward corporal punishment by enlisting the help of other community leaders (eg, teachers, priests or ministers, police officers). Physicians caring for children must realize that they are authorities in appropriate child-rearing practices. They may be called upon to deliver their educational message in many venues, ranging from op-ed pieces for local newspapers to testifying for various levels of government.

Override parents only as a last resort

When a provider is presented with clinical evidence of physical abuse, reporting to local authorities is not only clinically indicated but also mandated by law. All 50 states have passed legislation requiring that professionals, including health care workers, who come into contact with children report any suspected abuse.13 Contacting Child Protective Services (CPS) is appropriate when the clinician has grounds to suspect that physical, sexual or emotional abuse has occurred. Providers should assess the potential for irreversible injury or fatality. Risk factors for violence (eg, marital conflict, alcohol abuse, drug use, financial instability) should also be taken into account in raising or lowering thresholds for reporting.

In the case scenario presented above, interventions such as office-based parental education have failed. Even though the mother's has good intention in disciplining her son, the bruises on his buttocks are a physical injury that mandates reporting. However, CPS referral should be done with a realization that it is a therapeutic and not punitive measure. An initial discussion with CPS may help the physician work out the best course of action to help this family. In addition, CPS may provide resources such as counseling and respite daycare to families, thereby remedying dangerous patterns of interaction and preventing the devastating consequences of child abuse. Because the potential harm to a child in cases of abuse is so great, false positive reports to CPS are acceptable. Moreover, the provider is immune from civil or criminal liability should an abuse report made in good faith later prove to be unfounded.14

While there are clinical definitions to help physicians determine whether child abuse has taken place, these criteria are guidelines and cannot replace sound judgment. If the provider in the case had been faced with only a history of corporal punishment rather than physical injury (ie bruises), it might be acceptable to proceed with education, counseling, and close follow-up. Yet the intentional nature of the injury in this case scenario and the possibility for escalating injury in the future mandates that the provider mobilize resources to protect this child. 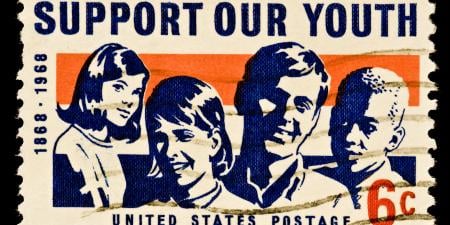 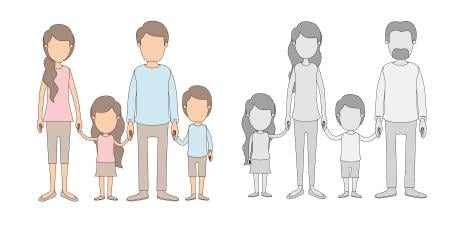 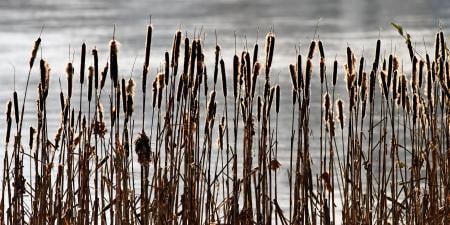