Some assertions, such as, "Using anabolic steroids for performance enhancement in sports is immoral," or "Iraq has weapons of mass destruction," seem to be so clearly true that reliable evidence (in the latter case), or coherent arguments (in the former) aren't considered necessary to justify coercive action.

The long campaign to demonize and prohibit the use of anabolic steroids in sports—in the press, by the Congress, and by the offices of the leaders of sports—has been so strident and one-sided that a literate person would have little reason to suspect there is another side to the story.

But it is the business of ethics to present justifications for actions, and the claims that have been made for prohibiting the use of anabolic steroids by competent adults appear to be incoherent, disingenuous, hypocritical, and based on bad facts. Let's look at the common claims.

1. Steroids result in unfair competition.
Anabolic steroids clearly do enhance performance for many athletes, but there is no coherent argument to support the view that enhancing performance is unfair. If it were, we should ban coaching and training. Competition can be unfair if there is unequal access to such enhancements, but equal access can be achieved more predictably by deregulation than by prohibition. It is hypocritical for leaders in major league baseball to trumpet their concern about fair competition in a league that allows one team (the Yankees) to have a payroll 3 times larger than most of its competitors.

A particularly egregious example of this hypocrisy was the juxtaposition in the 1988 Olympics of Ben Johnson and Janet Evans. Johnson broke the world record for the 100-meter dash and not only had his gold medal taken away but became the permanent poster child for the immorality of steroids, which, though illegal, were available to virtually anyone who wanted them. Evans, after winning her medal in swimming, bragged about the key role of her greasy swimsuit, which the Americans had kept secret from their competitors, and went on a prolonged lecture tour as "America's Sweetheart."

2. Steroids are coercive: if your opponents use them, you have to.
"Coercion," according to my dictionary, has to do with the use or threat of force, or the threat of depriving someone of something he or she is entitled to. No one in American sports is forced to use steroids. Nor is anyone entitled to be a professional athlete. It's an opportunity, often involving high risks, which everyone is free to walk away from.

Nor is it the case that you have to use steroids to succeed at the highest level. In the first year that Major League Baseball required anonymous testing, solely to determine the incidence of steroid use as a guide to development of policy, fewer than 6 percent of the players had positive tests.

3. Steroids cause life-threatening harms.
Good ethics starts with good facts, and the claims on this point are, to understate the case, seriously overstated. Articles abound in the mass media on the life-threatening risks of anabolic steroids: cancer, heart disease, stroke, and so on. What is missing are peer-reviewed articles in scientific journals to support the claims. Quick: name an athlete who died, or was diagnosed, with steroid-related cancer, heart disease, or stroke. Cases are so hard to find that the prohibitionists have to make them up. So Lyle Alzado, the NFL all-star, is presented on the front page of the New York Times and the cover of Sports Illustrated because of an alleged steroid-related brain tumor. What is missing is a single article, or evidence, or even a quote from any authority on the topic to support any connection between steroids and Alzado's tumor.

Of course, even if steroids did have these dire effects, it wouldn't follow that a competent adult should be prohibited from assuming those risks in exchange for the possible benefits. We allow adults to do things that are far riskier than even the most extreme claims about steroids, such as race car driving, and even playing football. There are far more deaths reported from the sport itself than from steroids. Why are the paternalists not using these data to ban the sport? The claim by the leader of the National Hockey League that they test for steroids because they're concerned about the health and safety of the players is, well, hysterical.

4. Steroids are unnatural, and undermine the essence of sport.
This claim seems predicated on the notion that there is some essence of sports. Sports are games, invented by humans, with arbitrary rules that are constantly changing. Since the beginning of recorded history, athletes have used an infinite variety of unnatural assists to enhance performance, from springy shoes to greasy swimsuits, bamboo poles to better bats, and endless chemicals from carb-filled diets to Gatorade drinks. Should vaulting poles be banned because they undermine the essence of the high jump? Why is there not a ban on training in high altitudes, or sleeping in a hypobaric chamber, for the purpose of raising hemoglobin to unnatural levels?

5. Steroids undermine the integrity of records.
Of all the proposed punishments for Rafael Palmeiro, the Baltimore Oriole slugger who was reported to have tested positive for steroids shortly after he testified under oath to a Senate committee that he had never used them, the favorite seemed to be to abolish his home run records. The implicit concern is that Babe Ruth or Roger Maris is being unfairly deprived of his place in history. But steroids are only one of many reasons why the old records keep falling. The fences are shorter, the pitching mound is lower, the ball is reputedly livelier, the strike zone keeps changing, and so on. The left field fence in Jacobs Field is more than 100 feet closer than it was in Municipal Stadium when it opened in the 1930s, so let's have some asterisks for home runs at "The Jake" and every other stadium with shortened fences.

6. Fans will lose interest.
It isn't clear what the moral issue is here, other than the possible dishonesty of the claim. It's pretty clear that the biggest draws in the sport over the past 10 years have been Barry Bonds, Sammy Sosa, and Mark McGwire, all suspected of steroid use and, in McGwire's case, a confessed user of the now-banned androstenedione. Chicks and guys love the long ball, and the steroid era has been accompanied by record-setting attendance.

7. It's bad role modeling for kids.
I'm against steroid use by children and favor harsh penalties for suppliers, but I'm more concerned about tobacco and alcohol use, which account for approximately 500 000 more deaths per year than steroids, most traceable to behaviors that begin in childhood. Baseball is presided over by the former owner of the Milwaukee Brewers, who play in Miller Park, where beer is consumed in prodigious quantities. President Bush and various senators are outraged at the message sent by steroid use, but have little or nothing to say about athletes arrested for drunk driving with little punishment from the leagues, or the larger number found guilty of sexual assault and battery. What message does that send to the kids? And battery is not confined to off-hours behavior. Professional hockey promotes illegal violence and infliction of injury, and it is taught in the junior leagues. Professional football glorifies hurting your opponents.

Steroids aren't good for kids, but there's something fishy going on when the number of articles and congressional hearings about protecting our children are inversely proportional to the seriousness of the problem. 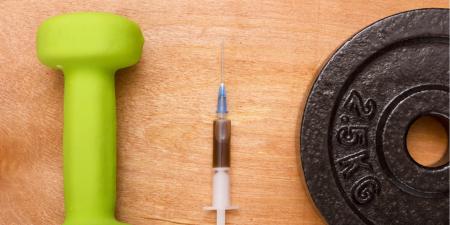 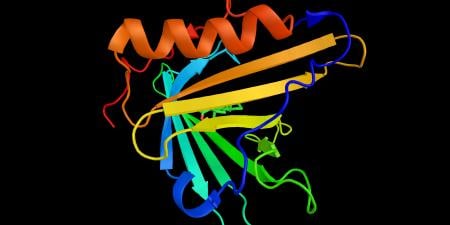