Mr. and Mrs. Malcolm are worried about the growth of their 5-year-old son, David. David was the shortest child in his preschool classes, and his parents worry that, as he enters kindergarten, he may be teased for his shortness. Looking ahead, they fear all kinds of other consequences; competitive sports could be closed to him, and dating and job finding could be more difficult than for his taller contemporaries. Mrs. Malcolm is 5 ft tall, and Mr. Malcolm is 5 ft 4 in. They have expressed their concerns over the course of David's last few pediatrician visits. The pediatrician, noting in David's chart that he has been approximately 3 standard deviations below the mean for height since 18 months of age, refers the Malcolms to Dr. Tyson, a pediatric endocrinologist.

Dr. Tyson orders several tests to determine whether David's short stature is due to an underlying pathology (eg, Turner's syndrome, renal insufficiency) or growth hormone deficiency. All tests come back negative. After a radiological evaluation, Dr. Tyson concludes that David has idiopathic short stature (ISS), specifically, familial short stature; he is short because his parents are short. The Malcolms are relieved that David does not have a serious illness, but their fears and concerns are not abated by Dr. Tyson's diagnosis. Mr. Malcolm recalls the pain of being a short teen and still feels that people look at him awkwardly when they first meet him. A lawyer, he prefers to do most of his initial client interviews by telephone. Mrs. Malcolm doesn't want her son to be shorter than girls his own age, and she fears that he could be psychologically scarred as he gets closer to puberty.

The Malcolms tell Dr. Tyson that they have read on the Internet that human growth hormone therapy (hGH) is safe and effective for children like their son. They are eager to get David's therapy started as soon as possible and ask Dr. Tyson to prescribe the treatment for him. When Dr. Tyson begins to tell them that most insurance companies do not cover GH therapy for ISS cases, Mr. Malcolm declares that they have decided to look at the therapy as an investment in David's future, as important as private school education, if not more so.

Ten years ago in the US, growth hormone (GH) therapy was approved only for GH deficiency, and its scarcity provided a barrier to expanding its use beyond children who were unequivocally GH deficient. Today, human growth hormone (hGH) is approved by the FDA for treatment of short stature due to Turner's syndrome, chronic renal insufficiency, intrauterine growth retardation, Prader-Willi syndrome, and severe familial or idiopathic short stature. GH is now synthesized in unlimited amounts, and the increased supply has been matched by growing demand. The consensus in the medical community is that the etiology of short stature is no longer morally relevant in deciding who is entitled to treatment. More than 40 000 US children are currently receiving treatment at a cost of between $5000–$40 000 per year to "correct" their short stature. Prescribing decisions therefore require balancing responsible use of costly medical resources with an obligation to do what is best for each patient.

This case highlights key ethical conundrums involved in access to GH therapy: (1) Does severe short stature in this child constitute a disability that is deserving of medical intervention? (2) What information should be provided regarding benefits, risks, and costs? (3) Is it advisable to wait until David is old enough to give assent or informed consent? (4) Should public funds or private insurance support such treatment, and, if so, how do we decide the height at which David is no longer "disabled" and further treatment would be enhancement?

As illustrated by this vignette, concerns about psychological harm during childhood and adulthood are invoked as the primary rationale for treating short stature. Based on the assumption that there is a link between stature and disability, the normal, short child's valid concern is identical to that of the growth hormone-deficient (GHD) child; namely, "I am short and I would like to be taller." To child and parent, it is irrelevant whether the condition is a well-characterized "disease" caused by GHD, or a less understood process, as is the case in Turner's syndrome and idiopathic short stature. If "enhancement" refers to a desire for a child to be taller than he would be if left alone, then all children involved in this debate about access to GH are seeking enhancement.

But is short stature really the disability it has been made out to be? If the ultimate goal of GH therapy is improved quality of life by virtue of greater height, documentation of psychosocial impairment due to stature ought to play an important role in the initiation of GH therapy and evaluation of its efficacy. Data confirming this long-held assumption, however, are actually scarce. For instance, a recent community-based study of middle school children (many of whom were in the <5th percentile for height) failed to show a relationship between childhood short stature and psychological morbidity or reputation among peers [1]. In other words, short stature was not shown to be a predictable disability for most children.

Clearly, however, there are situations where treatment can be justified. In the case described here, a likely convergence of familial short stature and constitutional growth delay patterns can result in particularly extreme childhood short stature. The Malcolms can be told with confidence that GH therapy would likely accelerate David's growth and, within a few years, allow him to return to a normal childhood growth curve, though still at the lower height percentiles. Studies suggest that as much as 1 cm of height per year of treatment can be added to final adult height, particularly if bone age is delayed at initiation, if treatment occurs primarily before puberty, and higher doses are used. In cases like this, where the short stature is primarily genetic and the ability to delay bone age is minimal, prediction about additions to adult height should be more conservative.

Since duration of treatment is a key predictor in ultimate increment in height, the option of waiting until the child gives assent to daily injections would diminish the response. In fact, shifting treatment years from pre-puberty (~$10 000/year) to puberty (~$20–40 000/year) could also add to eventual costs. Nevertheless, thoughtful pediatricians raise concerns about the potential harm of labeling an otherwise healthy child as somehow unacceptable in society's and his parents' eyes. The potential adverse effect of being labeled "sick" or "disabled" and receiving daily medical treatment remains unproved in general but merits consideration for each individual child. Other risks of GH therapy appear very low—and thus seem to be balanced favorably by the perceived benefits [2]. However, families should know that: (1) this risk assessment needs to be constantly re-evaluated as dosages used in GH therapy are increased and, (2) safety surveillance represents 20 years of experience, but not 40-60 years.

Aside from responsibly allocating health care resources, those prescribing GH must address what is truly known about the hoped-for benefit—an improved psychosocial outlook resulting from increased height. No one doubts the basic premise that there are measurable benefits in social and economic success associated with taller stature in our society. But the assumption that GH therapy can achieve these same results for short children has not been demonstrated. For example, in a recent study of patients with Turner's syndrome (TS), height at the conclusion of GH therapy did not contribute substantively to quality of life [3]. Given the other health problems confronting women with TS, these findings may not apply to other groups with short stature. On the other hand, one could argue that demonstration of a measurable benefit in quality of life should be required to justify subsidized, expensive, invasive, and long-term GH therapy for children who are otherwise healthy. To date, however, growth rate and final adult height remain the primary measures by which therapeutic success is judged by physicians and insurance providers alike.

When to Stop Treatment

Determining an appropriate end-point for GH therapy remains a challenging ethical issue. The recent FDA approval for GH treatment of children with idiopathic short stature (ISS) includes a threshold for initiation (<first percentile), but provides no guidelines for termination of treatment. Attainment of an individual's predicted maximum potential for height (wherever that may fall in the adult range of height) remains a goal for many. On the other hand, if the rationale for GH therapy is alleviation of "disabling" short stature, the logical definition of therapeutic success would be an adult height no longer considered a disability. Children with extreme short stature of any cause have a rightful claim to effective treatment to become taller, but they cannot make a strong claim to be taller than others who are within the normal range and therefore are not entitled to treatment. This is not changed if parents decide that an appropriate height for their children is taller than normal. It is difficult to justify use of private or public insurance funds to make some people taller than those in the lower range of the normal distribution. Parental expectations should not determine what treatments are subsidized, but, as implied in this case, if parents want to purchase more GH on their own to buy additional height for their son, there isn't a strong argument for preventing them from doing so.

Until evidence supports that GH treatment for short stature has some value in improving quality of life, access will be guided by predicted adult height as a surrogate outcome. Clearly, however, pressure from payers to provide quality-of-life evidence will increase. While no policy for GH therapy will eliminate those in the first percentile, a coherent policy framework would focus on bringing children into the height that confers a range of normal opportunity without further enhancing those who will achieve or have achieved a height within the normal adult distribution. By adhering to treatment of disabling short stature and resisting the enhancement of normal stature, physicians treating children with GH would minimize their contribution to society's perception that to be taller is to be better. 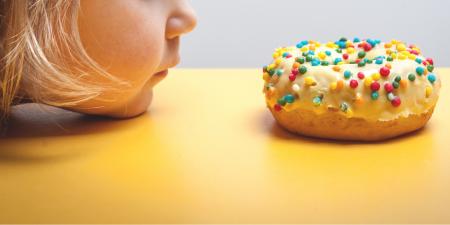 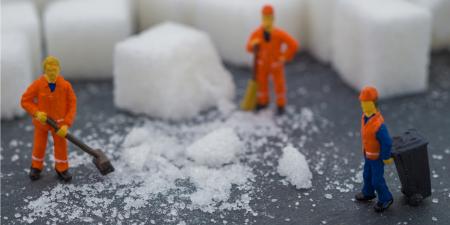