The morning after Ronald Ross confirmed that mosquitoes formed a critical link in the lifecycle of the malaria parasite, he wrote in his notebook:

…I have found thy secret deeds
Oh million-murdering Death.
I know that this little thing
A million men will save [1].

In the US and Europe, Ross’s prediction has come true. Although 1 million malaria cases occurred annually in the US throughout the 1930s, today the disease is virtually nonexistent. The story of malaria eradication in the US recounts the development of our health care infrastructure and the success of public health programs. However, in the developing world where such advances are absent, malaria rages as one of the worst infectious killers. And yet malaria is by no means the only one. Infectious diseases are the leading cause of global morbidity and mortality [2]. The “big 3” pathogens—HIV, tuberculosis, and malaria—cause hundreds of millions of infections annually and collectively kill more than 5 million people each year, mostly in sub-Saharan Africa and Asia. The great travesty of these statistics is that all 3 “perpetual” epidemics are preventable and largely treatable. Why do preventable, treatable diseases continue to weigh heavily on the poor? What are the ethical implications for the medical profession and society when drastic health disparities are perpetuated? What arguments can be made for changing the status quo? Since the history of malaria encapsulates our failure to combat global health threats, it is worth exploring the above issues as they relate to malaria in particular and all “forgotten epidemics” in general.

Bacterial, viral, and parasitic diseases cause approximately 163 000 deaths in the developed world annually (mostly among the elderly and those with compromised immune systems) compared to 9.2 million deaths (mostly among children) in the developing world [3]. Communicable diseases cause 56 percent of deaths in the poorest fifth of the world compared to only 8 percent in the richest fifth [4]. Infectious diseases are the world’s leading killers of children and young adults [5]. By every measurable health statistic, the developing world is at an extreme disadvantage in matters of infectious disease.

Unfortunately, the developed world has not committed to addressing these problems. Ninety percent of health care dollars treat a mere 10 percent of the world’s population. This skew is reflected in pharmaceutical portfolios; only 13 of 1233 drugs licensed from 1975 to 1997 were approved for tropical diseases, despite the overwhelming burden imposed by these diseases [7]. Current antimalarial drugs are being rendered ineffective by parasite resistance. Without colonial interests to mandate tropical disease research, and with these diseases virtually eliminated from developed countries, governments have refocused their attention on health problems at home. Meanwhile, as “acceptable losses,” millions continue to die from malaria and other infections, leaving us with intensifying disease burdens among the poor, limited interest among the rich, and a dangerous and ever-widening gap between these spheres. According to public health expert Paul Farmer, the world’s double standard for health is the leading bioethical problem of our time [8].

History of Infectious Diseases and Bioethics

As a discipline, bioethics is just beginning to address the health disparities that keep malaria and other infectious epidemics embedded in the developing world. While HIV/AIDS has garnered the recent attention of ethicists, malaria and tuberculosis have seen almost zero interest [5]. As discussed by Selgelid, there are several reasons behind the overlooked problem of global infectious diseases [5]. First, bioethics was founded to deal with increasingly complex issues of modern medicine, epitomized most recently by debates over euthanasia, organ transplants and stem cell research [5,8,9]. These interests directed the attention of medical ethicists to people who receive care, leaving those who don’t—in particular, citizens of developing countries—to be addressed primarily as research subjects [8]. Secondly, bioethics emerged during a period of naïve belief that infectious diseases would ultimately be eradicated. Third, infectious diseases are often considered problems of the “other”—Africans, homosexuals, or drug users, for example [10]. Thus, Selgelid believes practical and psychological factors led ethicists to concentrate on problems facing mainstream, domestic patients rather than those overseas [5].

Despite a lack of bioethics commentary on tropical diseases, there are at least 4 major reasons why fighting malaria and other microbes worldwide is a “win-win” situation for donor and recipient countries [5,11-14]. The arguments appeal to different constituencies, but collectively they provide a compelling case for aggressively combating global infectious diseases. As outlined below, such actions could (1) ensure human rights through justice, (2) secure domestic health, (3) create economic prosperity, and (4) bolster security and peace.

Ensuring human rights through social and global justice. Basic health care, equality, and justice are essential human rights. While enshrined in the declarations of the United Nations and other global organizations, in practice these principles are often ignored. Wars, poverty, political corruption, and moral indifference all contribute to injustice and poor health. As one of the worst evils plaguing humanity, disease is something that domestic and international organizations should work to abolish [5,9,15,16]. In the words of J. Dwyer, “the health of an individual may depend on particular susceptibilities or exposures; the health of a population often depends on justice” [17]. Thus a fair and just society must form institutions and programs to combat preventable and treatable diseases while also supporting and stimulating research on all diseases. In doing so, society may eliminate inequitable conditions, including the poverty brought on by poor health.

Securing domestic health. Beyond appeals to public morality, it is a universal reality that governments worldwide must face the challenges of protecting the health and welfare of their citizens and safeguarding military and economic interests abroad. This fact has historically been a major force behind public health research in wealthy nations. For example, the federal government led the effort to eradicate malaria from the continental US during the mid-1900s. Even so, US climates remain suitable for malaria transmission; recent case reports of malaria in Americans without a travel history indicate that US-based transmission can occur [18]. However, malaria is generally absent from the country today because modern infrastructures, public health institutions, and prompt medical treatment keep the pool of infected individuals far below the critical threshold necessary for endemic or even epidemic transmission, both of which occur in the world's poorer countries. Today, the intense desire to protect domestic health funds aggressive research on threats from biological weapons (smallpox, Ebola), pandemics (influenza, HIV/AIDS), and emerging diseases such as severe acute respiratory syndrome (SARS) and West Nile virus. Although no less significant, study of established diseases of the developing world is lacking, specifically research into malaria, tuberculosis, and most tropical diseases.

Creating economic prosperity. Disease control has economic benefits for both developed and developing nations. The “big 3” diseases alone can collectively reduce the gross domestic product of some African countries by more than 20 percent [19]. Historically, donations to developing nations were perceived to have little material benefit to donors. Such “win-lose” thinking put economic and human rights proponents at odds. If, however, the economic argument is viewed with “non-zero sum” thinking (ie, “win-win”), as Folch and colleagues propose, then there are mutual economic benefits to disease control [19]. Health programs reduce disease, a cause of poverty, in turn stimulating economic growth. Healthy populations can develop stronger market economies, providing a basis for a free, democratic society. Long-term benefits to donor nations include the development, diversification, and maintenance of new markets [19]. Public-private partnerships and guaranteed delivery-contingent purchases are being offered to pharmaceutical companies to provide further incentive to study malaria, a disease they have avoided historically due to high research risks and low expected profits. This argument requires long-term resolve by governments and corporations to balance the considerable initial investments with the delayed (but substantial) payoff of improved health.

Bolstering security and peace. Like the previous argument, the health-security nexus is being re-examined in the post-Cold War era as a major link to social disintegration and political destabilization [20]. Poor health measures including high mortality and low life expectancy reliably predict social unrest [5]. Healthy populations are more politically stable, more peaceful, and more likely to have productive relationships with allies. They are also better able to depose tyrannical or corrupt leaders and move toward a free and fair democratic society. This argument has been used to support global HIV/AIDS programs, perhaps the most socially destabilizing infection in the world today. Yet malaria and other microbes, causes of poverty themselves, also threaten security. Coupled with previously discussed economic rationale, these analyses are currently the most politically persuasive justifications for combating global infectious diseases [11].

Despite the many reasons to improve the health of the poor, there remains no perfect antidote. Short- and long-term health and development projects will need to draw upon time-tested public health interventions and existing drugs while continuing to search for the drugs and vaccines of the future. Health and public infrastructures must be built anew. Even with drastically increased funding, there is no guarantee that our approach will eliminate health and social disparities.

Tropical diseases have recently generated new interest from public and private donors. A worldwide pledge to fight the “big 3” infections was initiated through the Global Fund to Fight AIDS, Tuberculosis and Malaria. Additional support has come from the Bill and Melinda Gates Foundation and others. The World Health Organization has an on-going Global Roll Back Malaria Campaign, which aims to halve malaria-related mortality by 2010 through improving national control programs, international cooperation, and local support. However, monetary commitment to the greater goal of eliminating poverty still falls far short of its annual funding goal [21].

Role for Medical Students and Physicians

Medical students and physicians play many roles that directly and indirectly impact patients, politics, and the poor. There is an urgent need for physicians to attend directly to the world’s poor, and some even propose that medicine as a “vocation” demands this focus [8]. Medical schools can ensure that their graduates develop expertise and an appreciation of both foreign and domestic medical challenges. In addition to direct care, physicians need to be activists and advocates who teach and motivate, so that preventable, treatable diseases will no longer dominate the developing world. Physicians must lobby lawmakers and other institutions to ensure adequate funding for scientific research and public health programs. As medical students and physicians, we pledge to “do no harm.” However, inaction toward the needs of the global poor, sick, and vulnerable is irresponsible and harmful. By addressing perpetual epidemics such as malaria, we begin to rectify health disparities that have become an unacceptable norm. There are plenty of reasons to act now, and all physicians can and should participate in this process of securing health and equality worldwide. 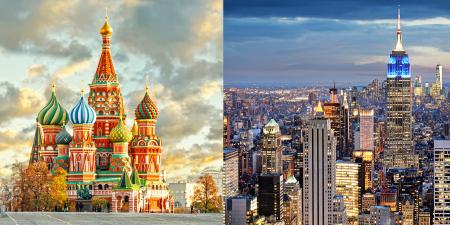 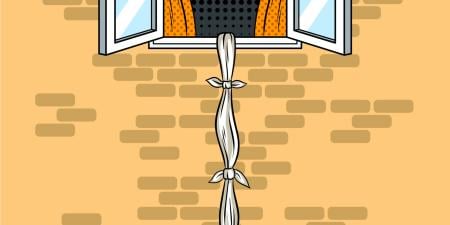 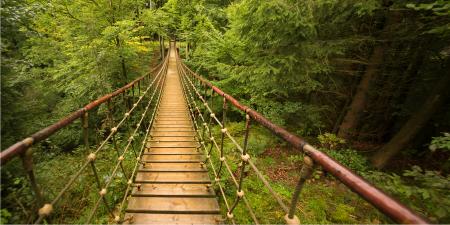