Each and every day in the United States, some 10 000 teens contract a sexually transmitted disease,1 2400 get pregnant,2 and, tragically, 55 contract human immunodeficiency virus (HIV).3 The reasons for these problems are complex and defy simplistic solutions. Yet, since 1998, the United States has spent over $1 billion in federal and state funds to support ineffective abstinence-only-until-marriage programs—programs that censor educators from providing life-saving information about the health benefits of contraception and condom use for sexually active youth. In fact, discussion of condom effectiveness within a federally funded abstinence-only-until-marriage program is restricted by federal regulation.4,5

The overly simplistic "just say no" approach to teens and sex is unrealistic and dangerous. Censoring vital information that young people need to protect their health endangers their lives. As early as September 2000, the Institute of Medicine (IOM), created by Congress to advise the nation on scientific issues, released a report calling on that very body "to eliminate requirements that public funds be used for abstinence-only education."6 The IOM further recommended "age-appropriate comprehensive sex education and condom availability programs in schools" to help young people reduce their risk of contracting HIV.6 Later that same month, the Office of National AIDS Policy released a similar report, stating, "It is a matter of grave concern that there is such a large incentive to adopt unproven abstinence-only approaches. Effective programs identified to date provide information about safer sex, condoms, and contraception, in addition to encouraging abstinence."3

Further, the American Medical Association, American Academy of Pediatrics, Society for Adolescent Medicine, American College of Obstetricians and Gynecologists, and more than 100 other leading public health and medical institutions support a more comprehensive approach to sex education—one that includes information about both abstinence andcontraception.7,8,9,10,11

Two recently released reports show the danger of abstinence-only programs. A 2004 report compiled at the request of Representative Henry A. Waxman (D-Calif.) found that 80 percent of the most popular curricula used by federally funded abstinence-only education programs distorts information about the effectiveness of contraceptives and condoms, misrepresents the risks of abortion, blurs religion and science, treats stereotypes about girls and boys as scientific fact, and contains basic scientific errors.12

A report compiled by Advocates for Youth in 2004, further demonstrated the ineffectiveness of these programs.13 Advocates reviewed all available evaluations of state-based abstinence-only programs and found that, of the 10 states with evaluations, few demonstrated any short-term benefits and none demonstrated any lasting, positive impact on young people's attitudes, intentions, or behaviors. A few programs showed mild success at improving attitudes and intentions to abstain. No program was able to demonstrate a positive impact on sexual behavior over time. Further, evaluations from Arizona and Ohio found that young people's attitudes and intentions to use contraception (or condoms) declined from pre- to post-test, indicating that abstinence-only programs may have a negative impact on young people's willingness to use contraception or condoms once they do become sexually active.14,15

Recent evaluations of the impact of virginity pledges further demonstrate this potentially dangerous program effect. Studies published by Hannah Brückner and Peter Bearman indicate that taking a virginity pledge can help some young people to delay sexual initiation for up to 18 months. Once these young people break their pledge, however, they are less likely to use contraception or condoms, thus putting them at risk for unwanted pregnancy and HIV or other sexually transmitted diseases (STDs).16,17

For those concerned that teaching young people about contraception will induce them to have sex, research again is clear on this issue. Numerous reviews, including one by the IOM, found that programs that teach about both abstinence and contraception do not encourage sexual activity.6,18,19,20 Further, the IOM report, No Time to Lose, concluded that programs that teach young people about abstinence and contraception demonstrate more success than do abstinence-only programs in delaying sexual activity among youth who have not had sex and at improving contraceptive use among teens when they do become sexually active.6 Further, abstinence-only programs leave young people ill-equipped to make responsible decisions about sexual health or to provide informed consent for health care services.

While some in Congress seem uncertain about the difference between educating young people to the importance of abstinence and limitingeducation to abstinence-only, parents are clear. A poll by the National Campaign to Prevent Teen Pregnancy shows that a majority of adults and teens support greater emphasis on encouraging teens both to not have sex and also to use contraception.21 A national poll by the Kaiser Family Foundation further revealed that 85 percent of parents want schools to teach information about condoms and 90 percent want schools to teach about other forms of birth control.22 An Advocates for Youth/SIECUS (Sexuality Information and Education Council of the United States) poll, conducted by Hickman-Brown Associates, indicated that 70 percent of adults oppose federal funding for abstinence-only-until-marriage education.23

Despite almost 15 years of decline in the teen pregnancy rate (declines that began long before Congress started appropriating widespread funding for abstinence-only), the United States continues to have the highest rates of teenage pregnancy, birth, and abortion in the industrialized world and some of the highest rates of STDs.24,25,26 The US has nearly 11 times the teen birth rate of the Netherlands, over 74 times the teen gonorrhea rate of France, and nearly 8 times the abortion rate of Germany.27,28 Why are public health outcomes for teens so much better in these countries than in America? The answer is that these European countries have pragmatic, research-based policies and an open, honest approach to sex education in the home and at school.29,30,31,32,33,34,35 Does all of this openness lead to promiscuity? To the contrary, European teens in these countries begin having sex at about the same time or later than do American teens. They also have fewer sexual partners and use contraception more consistently than do their American peers.36,37,38

American teens deserve medically accurate, realistic, and honest information about sex. Anything less in the era of HIV and AIDS is not only naïve and misguided, but also irresponsible and dangerous. 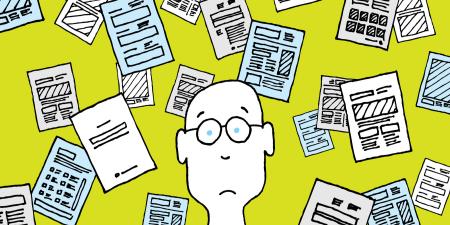 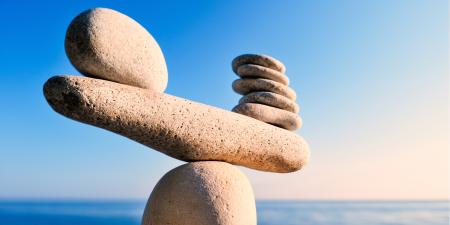