Andy was admitted to Shady Grove Hospital with a pneumonia that progressed to an empyema. He was assigned to the teaching service with Dr. Lee attending, along with a second-year resident, Dr. Weiss. Dr. Weiss did an initial interview and recorded her history and physical in the chart. She presented her findings to Dr. Lee and they agreed upon a plan to have the empyema drained and antibiotics started.

The following day, Dr. Krause, a physician colleague of Dr. Lee's approached him to express some concerns. She had been on call the night before and was asked a question about Andy's care. Upon reviewing his chart she noted the sexual history that was documented by Dr. Weiss. Dr. Weiss' full sexual history included documentation that Andy was a homosexual, became sexually active about a year earlier at age 15, and "mostly" used condoms. The history also noted that Andy had several sexual partners in the last year and documented his typical sexual practices. Dr. Krause told Dr. Lee that she felt that the history was too graphic and was inappropriate for inclusion in the chart. She explained that she felt obligated to refer this case to the hospital ethics board and was going to do so.

Dr. Lee reviewed the chart. He and Dr. Weiss had discussed the patient's sexual history, and, based on his risk factors and his disease presentation, they had already decided to order additional testing, including an HIV test.

A few days later Andy was recovering well after drainage of his empyema. He was feeling better and was excited to go home soon. In checking his morning lab results, Dr. Weiss noted that Andy's HIV test had come back positive. Dr. Weiss and Dr. Lee counseled Andy about this result, arranged for the HIV clinic coordinator to see him, and began to plan his outpatient follow-up. The following week Andy was discharged. Because of the complaint lodged by Dr. Krause in regard to the medical records, Drs Lee and Weiss were asked to sit before the hospital ethics board.

In this case, Dr. Krause takes issue with the level of detail of the sociosexual history rather than the possible implications of the documentation of sexual orientation and behaviors in the medical record. The case raises 2 issues: first, how thorough a sexual history should be taken? Second, if patient information is obtained verbally, how much should be recorded verbatim in the medical record and how much can be paraphrased, eg, "The patient engages in sexual activities that place him at greater risk for acquiring a sexually transmitted disease (STD)." Paraphrasing raises a related question; does paraphrased information maintain the integrity of the narrative from a legal perspective? Before discussing these questions, we must first understand the definition of a medical record.

What is a Health Record?

The medical record, or the Legal Health Record (LHR) as it is referred to by the American Health Information Management Association, serves both the medical and the legal functions of documenting a narrative of a patient's health history. It is a protected forum for communicating clinical care plans, and "it documents and substantiates the patient's clinical care and serves as a key source of data for outcomes research and public health purposes" [1]. Many additional definitions exist and are constantly being refined, particularly with the advent of electronic medical records (EMR), but the essence remains the same: the LHR helps caregivers organize thoughts about a patient's health.

How Thorough a Sexual History Should be Taken?

In taking an accurate sexual history, medical students are taught to know the difference between open-ended versus closed-ended questions. However, as many who work with adolescents can attest, open-ended questions are often met with limited monosyllabic answers which are both frustrating to the clinician and not particularly helpful in identifying potential medical issues that warrant further investigation. Most have heard the anecdote of the adolescent who, when asked whether or not she is sexually active, responds "No." When her pregnancy test returns positive and the patient is confronted about her response, she answers that she is essentially "passive" during intercourse. Clearly this disconnect could be avoided by asking question in a more direct manner: "Do you engage in vaginal intercourse?"

The caveat to this argument for historical accuracy is that this portion of the history must be approached with the same level of sensitivity and insight that the rest of the adolescent history receives to avoid alienation of the patient and false negative responses to questions. In her article "The Proactive Sexual Health History," Margaret Nusbaum outlines how important it is for clinicians to become comfortable with addressing an area of health that is often a source of potential anxiety for patients though no less important to them [3]. Regardless of whether this discussion takes place in an inpatient or outpatient setting, it is an opportunity for potential treatment and prevention counseling.

How Should the Sexual History be Documented in the LHR?

There is no legal mandate that states that verbal history must be transcribed verbatim so long as the paraphrase maintains the essence of the communication. However, if the LHR is a place for clinicians to communicate thought processes clearly, providing detail in the LHR about sexual practices may be relevant. For example, documenting that a patient admits to oral sex (ie, performing on a partner) but not anal sex places that patient in a different risk category for contracting HIV, but is an increased risk factor for gonococcal pharyngitis. This level of documentation can be useful for other clinicians as well as for the billing/coding department in terms of substantiating related studies or management strategies. It also allows more specific counseling to be given to the patient about possible repercussions of a specific sex act.

Furthermore, in the age of the EMR, research and data gathering may be facilitated by the use of catchphrases or keywords to identify patients for inclusion in a study. For example, a health department study on specific STDs may seek out particular behaviors that are relevant to the goals of the study.

Given the above discussion, there is no significant difference whether information is documented in the inpatient or outpatient record, as they are equally important threads of a patient's health narrative.

When speaking to the resident who took the adolescent's sexual history, it may be prudent to support the use of clinical and objective terms, rather than slang, in the LHR. Another point worth reviewing is that one can ask the patient directly what information he would feel comfortable having documented in the medical record. This obviates the need for the explanation of basic confidentiality and HIPAA guidelines that otherwise should occur at the beginning of any adolescent interview [4]. Last, it may be protective for the clinician to have a nursing chaperone present so that information discussed, although confidential, is witnessed in case a question is raised about whether the history was obtained in an appropriate manner (though what is considered appropriate or inappropriate may be highly subjective, as highlighted by this case).

In the context of this specific case, it seems that the physician reported this case to the review board because of concerns about the possibly inappropriate graphic nature of the documentation. If the above recommendations about relevance and appropriate (non-slang) documentation have been met then it would suggest that the complaint was based more on individual style and discomfort regarding the subject matter. If that was the case, and the report does not raise ethical concerns about confidentiality or disclosure, then there is not a role for the ethics board.

Squeamishness and embarrassment on the part of the physician about discussing the sexual history may be understandable given the dissimilarity of his or her background and that of the patient, but the embarrassment must be overcome in the best interest of the patient. Ultimately, it is the responsibility of the physician to use common sense in determining if the information obtained and the way it is documented is relevant to the patient's care and outcomes. 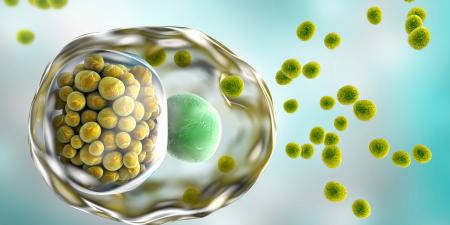 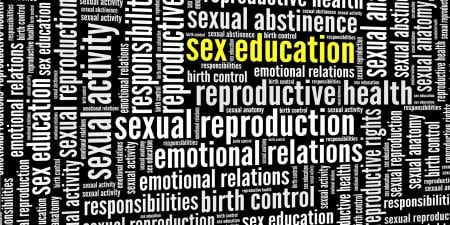 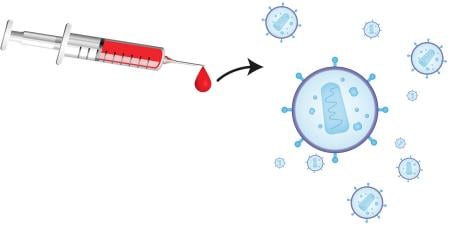