Native Americans have twice the poverty rate of the general US population, suffer significant health inequity, and are chronically underrepresented, at only 0.08%, in the US physician workforce. The COVID-19 pandemic has illuminated key ethical, clinical, and economic complexities in health decision making among Native patients. This article discusses 3 levels of autonomy relevant to health decisions, including taking care of our own by increasing numbers of Native medical students.

The COVID-19 pandemic illuminates key complexities of Native Americans’ health decisions. Three levels of autonomy—individual, tribal, and health professional—will be considered here to introduce our proposal of a single, long-term solution to oppressions that have undermined Native Americans’ expressions of their agency and autonomy.

Individual, familial. The first level of autonomy for health care decisions among Native Americans—the individual level—is more complex than most appreciate. Historical trauma casts a long shadow over Native Americans’ health care interactions today. For instance, in the 1970s, about one-third of Native children were removed from their families and tribes and taken to boarding schools or “adopted out” to White families before passage of the Indian Child Welfare Act of 1978, which ended forcible government-sanctioned removal of Native children from their families and tribes.1 Even more disturbing, approximately 3000 Native women were involuntarily sterilized by a federally funded program.1 Non-Native health care workers might think they are giving a compliment when saying, “What an adorable baby! I could just take him home with me.” But to Native parents whose autonomy was undermined by federal child-removal policies, that remark can be threatening and retraumatizing.

Tribal. The second level of autonomy in health care decision making among Native Americans is the tribal level. A test of this type of autonomy arose in 2020: Does a US tribe, cautious about reservation visitors’ potential to introduce the SARS-CoV-2 virus to members of their at-risk population who have access to only suboptimal health care, have legal authority to stop that visitor? This question about Native sovereignty arose in South Dakota, where the Cheyenne River Sioux Tribe established checkpoints. Harold Frazier, the tribal chair, summarized why: “The nearest health facility is a three-hour drive in Rapid City, SD, for critical care. And our health facility… only [has] eight beds. You know, there’s probably over 10,000 residents. So if we were to have a massive outbreak [of COVID-19] … where are they going to go?”2 The state’s governor demanded the checkpoints’ removal, yet no legal action has been taken.3

Perhaps this standoff arose because federally recognized tribes have a form of autonomy no other US population has. Ratified in the 1800s with the US Department of War negotiating on behalf of the federal government, treaties conferred status on tribes as domestic dependent nations that maintain sovereignty over their lands and, perhaps surprisingly, included health care provisions.4 During westward expansion in the United States, epidemics spread easily, so the federal government used treaties as a legal basis for quarantining Native people during outbreaks.5 In 2020, tribal autonomy is still being tested.

Self-sufficiency. There is a third level of autonomy in Native health decision making: providing care for your own. Although patient-clinician concordance—defined as a shared identity between patients and clinicians—has not been studied in Native populations, its significant benefits have been documented in other minoritized communities.6 Thus, we regard “taking care of your own” as an important expression of Native self-sufficiency and autonomy. Native self-sufficiency was boosted by Public Law 93-638, the Indian Self-Determination and Education Assistance Act of 1975.7 Commonly referred to as 638, this law allows tribes to take over administration of their health care from or to contract with the Indian Health Service (IHS), which is chronically underfunded.

Writing this article in the wake of George Floyd’s 2020 murder, we are struck by the rapid evolution of race relation discussions. Drastic measures are being considered, such as the Minneapolis City Council unanimously voting to disband its police department in favor of a community-led model.8 In this time of America’s unprecedented willingness to discuss systemic racial issues, we focus on one long-term solution to boosting Native workforce capacity to provide care for our own: addressing the chronically low number of Native physicians.

Despite that Native physicians are already helping care for their own, an obligation remains to increase Native representation in medicine.

The AAMC, AAIP, American Medical Association, and many medical schools met in 2018 and 2019 to collaborate on how to increase medical school enrollment among Natives and agreed upon 5 priorities13:

In sum, these priorities’ purpose is to improve matriculation, retention, teaching and learning, and student performance.

Other important educational considerations include structural racism and how to respond to overt and subtle racist acts in health care contexts. Native clinicians and patients have many personal experiences with racial discrimination. For instance, when the first author (S.W.) was regularly on call with a White male classmate, she would be asked, “Are you the translator?” Many clinicians caring for AI-AN patients are not Native, so formal opportunities to cultivate cultural awareness and investigations of racism’s root causes must be robustly integrated into health professions training. Despite being the only race with a legal right to health care in the US,10 Native Americans suffer some of the worst health inequity in the nation,15,16 an injustice stemming from a lack of recognition of Native individual and tribal autonomy and the inadequacy of the current health system to meet individual and tribal health needs.

Taking care of our own—as our ancestors did for thousands of years before first contact—and increasing Native representation in medicine are much needed. The two of us beat the odds to become Native physicians. Our painful experiences in medical school and clinical training have galvanized our determination to eliminate systemic barriers keeping other bright Native students from earning medical degrees. Native physicians and their allies in the AAMC have already laid the groundwork for change through national collaboration. Although the severe economic consequences of COVID-19 make implementation of the 5 priorities more challenging, there are more reasons than ever to boost the number of Native American physicians caring for their own. 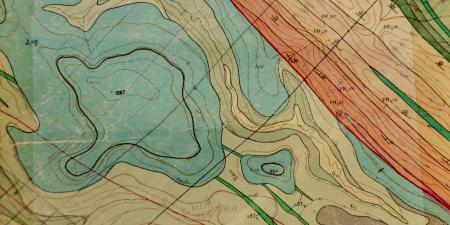 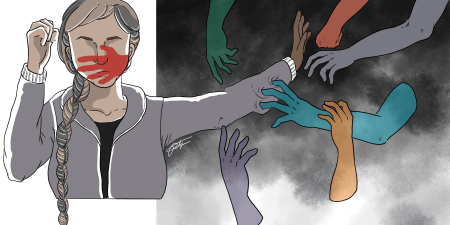