This article draws on resources from the American Medical Association Archives on the Volunteer Physicians for Vietnam Program (1966-1973) to consider benefits and costs of immersion opportunities in medical education. Selected images and reports illuminate how such programs can influence both physicians-in-training and the environments in which they are immersed.

During the Vietnam War, South Vietnam faced a dire shortage of physicians serving civilian populations, since Vietnamese physicians were ordered to serve in military hospitals to care for soldiers. In the Volunteer Physicians for Vietnam (VPVN) Program (1966-1973), funded by the United States Agency for International Development and administered by the American Medical Association, US volunteer physicians on 60-day tours served in 31 of 43 provincial hospitals,1 with the support of 3 military medical officers, an administrative officer, and 12 enlisted men at each site. The Vietnam War placed serious health burdens on civilians, and VPVN answered South Vietnamese authorities’ requests for volunteers to serve in areas with the most urgent need.

Offering medical care to South Vietnamese civilians, volunteer physicians served 2-month tours and received $10 per day in compensation; round-trip transportation; funding for and aid in securing passports, visas, and World Health Organization-recommended immunizations; and a $50 000 all-risk insurance policy. In the years that VPVN operated, 774 US physicians served 1,029 60-day tours with nearly 18% choosing to do another tour. Joanne Smith T. of Atlanta, Georgia, served a 2-month tour and then requested to stay an additional month to continue operating weekly clinics and providing care to patients in the Da Nang Civil Hospital. She later returned to Vietnam with the Christian Health Services to continue her work.

Figure 2. William Funderburk Teaches Children to Use a Stethoscope

Despite ongoing war, volunteer physicians served in hospitals not subject to regular military action. American physicians earned respect from the South Vietnamese people not only because they arrived at the request of the South Vietnamese government, but also because they treated both civilian and military patients.1 VPVN participants treated illnesses and conditions rarely seen in American hospitals. Some common causes of death in South Vietnam during the war were malaria, tuberculosis, meningitis, typhoid fever, intestinal parasitism, and a wide range of war wounds caused by mines, artillery, and booby traps. Volunteer physicians also routinely encountered trachoma, leprosy, dysentery, and nutritional disorders.

Robert Maher was first assigned to Vinh Long Hospital to provide ophthalmological care, but the Tet Offensive at the National Palace and the US Embassy in Saigon prompted his reassignment to Da Nang Hospital after only a few days. There, he performed 15 elective eye surgeries and trained the Vietnamese director of the hospital in surgical eye care. Maher recalled scrounging for eye instruments from several international naval hospital ships, since supplies he needed were not readily available in local South Vietnamese hospitals. Maher also assisted in repairing orthopedic, chest, and cranial wounds; performed amputations, major debridements, and craniotomies; and treated patients with cholera, plague, typhoid, and malaria.

Figure 5. An American Physician Works With a Vietnamese Nurse

The Journal of the American Medical Association published a 6-year review of the VPVN Program in 1972.1 Administrators collected input from American volunteers, Vietnamese physicians, and patients to evaluate the program’s impact. Some responses from Vietnamese health professionals and students reflected frustration with VPVN volunteers who seemed to make little attempt to understand Vietnamese culture. Other Vietnamese clinicians reported feeling satisfied with guidance they received from VPVN volunteers. The 1972 review report suggested that a program in short-term medical aid should operate by providing guidance, education, and assistance when requested while allowing the host nation to fit volunteers into its overall health program. This review concluded that “within a limited area a well-conceived and preplanned program can result in a meaningful contribution to a country with limited health resources.”1 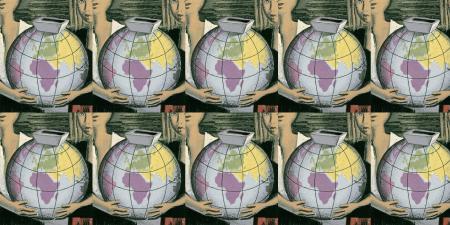 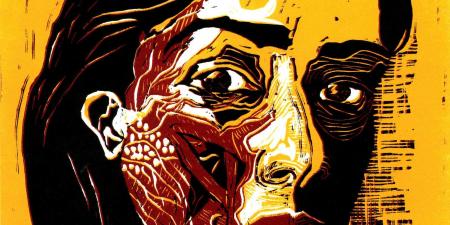 Anatomy of a Medical Student 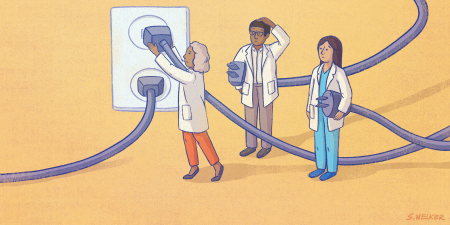 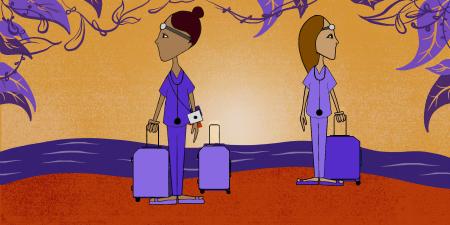