Journalists have long covered outbreaks of infectious disease. In the history of global health journalism—from the 1721 Boston smallpox epidemic to the 2002-2003 SARS outbreak in China and Singapore and to recent outbreaks of Ebola in West Africa and the Democratic Republic of the Congo—newsrooms have wielded their power both responsibly and irresponsibly. This article examines journalism practice during the 2013-2016 Ebola epidemic and recommends strategies for improving epidemic reporting.

Outbreaks of infectious disease are not only public health crises but also crises of information. Journalists have at times both built and undermined public trust, serving as both a constructive source of scientific facts and as a destructive source of rumor that tends to amplify panic. The stakes are now higher than ever before: epidemics now spread not only physically but also digitally, in print, posts, and videos that “go viral.”1 These media can influence health-seeking behaviors and feed hearsay that can spread as fast as a pathogen. Although there have been many cases of responsible and helpful journalistic coverage of Ebola crises during the last 6 years, some international, national, and local media have hindered humanitarian and clinical response efforts with sensationalist reporting,2 eroding trust among clinicians, journalists, and the public, and contributing to the institutional climate of fear that influences community-level avoidance of treatment and attacks on health workers.3 Given the potentially harmful effects of poor epidemic reporting, journalism has a responsibility to contribute to enhanced public knowledge during times of pervasive fear. This article suggests the need for clear professional guidelines informed by both journalistic and health care ethics and educational resources for reporters who cover epidemics.

When Ebola reached Liberia in 2014, few Liberian journalists with knowledge of health or science reporting were actively reporting in the country.4 In the absence of up-to-date medical knowledge, local reporters were susceptible to rumors circulating in social media and on the streets, and local editors relied on decades-old information from outbreaks in the Democratic Republic of the Congo. Some local editors generated or validated conspiracy theories that the outbreak was manufactured to raise money.5 Daniel Nyakonah, then-Secretary General of the Press Union of Liberia, related that reporting had become far-fetched and that journalists were embroiled in a “coverage of chaos” (oral communication), by which he seemed to suggest that some Liberian reporters were producing sensationalist, contradictory, or poorly researched news articles. Later, Nyakonah would learn that “you cannot guess on science and health reporting as a journalist” (oral communication). Although local journalists lacked scientific knowledge, they were well placed to tap into cultural context and reach local audiences.

Meanwhile, international journalists were flown into the epicenter of the 2013-2016 Ebola outbreak without adequate training or contextual knowledge. Like their local counterparts, some foreign correspondents were not experienced in Ebola reporting; debates emerged, for example, about whether journalists should wear gloves and gumboots,6 which can be risky for those not trained in donning and doffing personal protective equipment. News organizations, including the British Broadcasting Corporation, used stringent risk assessment measures.7 Moreover, coverage of the outbreak was limited. Some international reporters failed to include perspectives of local populations in their reports because they interviewed only non-African, and disproportionately white American, responders.8 Worse, some mainstream US news outlets neglected to cover the outbreak at all, even as case numbers exploded into the thousands. Instead, they ran sensationalist headlines that stigmatized immigrants from unaffected African countries.9

Good Journalism Practice During an Epidemic

Given the harms just outlined, we recommend the following strategies for improving epidemic reporting.

Local journalists in affected regions are best placed, but lack critical resources, and are often treated as subordinates by their international counterparts.

Designate an online resource library for best journalism practices during epidemics. This online library might include scientific sources for myth debunking, recommendations for reporting in affected communities, guidelines for preventing spread of stigma, resources for limiting and addressing secondary trauma, training lectures and seminars, and a glossary of relevant scientific and medical terminology. Ideally, an online resource library should be accessible anywhere in the world, regardless of internet speed, and would guide good journalism practices that avoid sensationalism and are free of bias.

Enhance channels of communication between responders and reporters. Ministries of health and international partners should consider how local media might respond to training exercises. For example, in the wake of the 2013-2016 Ebola outbreak in Liberia, a consortium of international nongovernmental organizations staged an Ebola simulation to test response capacity of a county health team and other responders. Within hours, information was leaked to the press, who believed the exercise was not a simulation, but real; news reports sparked public panic.10 An Ebola training exercise in Sierra Leone in 2019 also reached local journalists and social media, with similar consequences.11 And, as far back as the 1995 Ebola outbreak in Kikwit, Democratic Republic of the Congo (formerly Zaire), “fistfights broke out between scientists and persons in the media. Patient confidentiality was violated. Funerals were invaded by hordes of camera crews…. Some of the media did truly misbehave themselves, as did some of the scientists,”12 writes the Pulitzer Prize-winning health journalist Laurie Garrett. These incidents could likely have been avoided with clearer communication.

Engage journalists and responders in trust-building exercises. To restore trust, channels of communication between global public health and journalism sectors, such as those established and maintained by Internews Network13 and BBC Media Action,14 must become more widespread. Health ministries and response organizations can launch these efforts. In the ongoing Ebola outbreak in the Democratic Republic of the Congo, local journalists have registered with designated Ministry of Health-led press associations to gain access to interviewees, while responders use the network to gain access to media when needed. Such networks should also be used to educate responders about journalism ethics and journalists about clinical terminology and health care ethics. Just as clinicians are responsible for maintaining confidentiality of patients’ information, so journalists are obliged to protect their sources from harm or stigma and to engage in unbiased reporting.

Make money and equipment available to journalists covering epidemics. About 80% of US newspapers cut their science content between 1989 and 2012, according to the Columbia Journalism Review.15 With plummeting budgets for travel, even the best science reporters are often economically prohibited from covering epidemics. Local journalists already based in an affected country are best placed to fill this gap, but they too lack critical resources (eg, adequate pay and equipment) and are often treated as subordinates by their international counterparts.

View local journalists as colleagues. When international editors commission local journalists to report or photograph, they should offer rates of pay equal to those of international reporters. Local journalists are often better positioned than those at desks in foreign newsrooms to pitch and lead a story, given their deeper understanding of on-the-ground dynamics. Community radio reporters are also underutilized resources for response organizations trying to understand context; during an epidemic, radio can serve as a vital channel for local experts to debunk rumors and share scientific information. Local radio reporters have likely already earned community members’ trust, so they can help responders disseminate important information and motivate good health journalism. “Health journalism in Liberia is more than information or entertainment, but a kind of prophylaxis for our listeners” (oral communication), said Foday Sesay, a Liberian community radio journalist who has covered Ebola crises. Partnering with local media motivates goodwill by building inclusion, helping prevent spread of rumors, and establishing local journalists as key links in information chains. During the 2014-2016 West Africa Ebola outbreak, for example, BBC Media Action partnered with local media to produce a weekly radio discussion program in Sierra Leone.16 Internews Network also worked with community radio reporters in Liberia to debunk rumors live on air.17

Help responders and clinicians understand that good journalists strive to be allies in navigating an outbreak. Despite past incidents of irresponsible reporting,2 most journalists covering outbreaks care as deeply about their work and serving communities as infectious disease clinicians, and they work at personal risk and for little financial gain. The characteristics of an ethical, rigorous journalist are not unlike those of a good clinician: truthfulness, integrity, intellectual curiosity, communication skills, and empathy. As Garrett writes, “it is unfair to characterize journalists’ behaviors in such crises as those of award-hungry, prestige-starved monsters. In general, they are no more likely to be so motivated than are the occasional scientists I have met who think of nothing but winning a Nobel Prize.”12

Responsibility for establishing and maintaining journalism’s good public image belongs to journalists, who must not take lightly the power they wield during a public health crisis. Nyakonah says that following training and extensive reporting experience, he and members of the Liberian Journalists’ Union are now more confident about telling stories from science-based perspectives and, in so doing, “using our journalism to contribute meaningfully to the survival of the state” (oral communication). 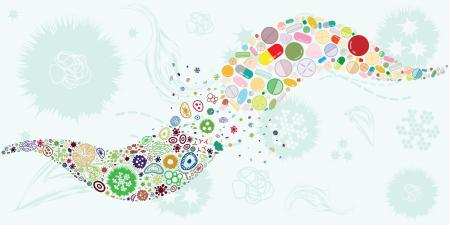 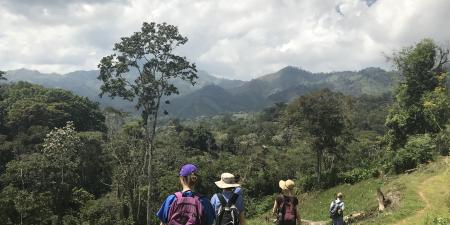 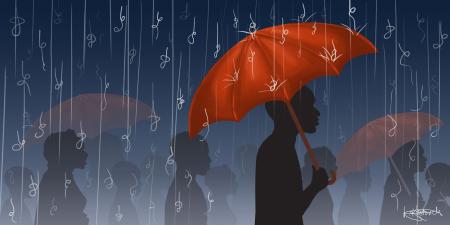