Ian Douglas is a 53-year-old businessman who works long hours and is enjoying a successful and lucrative career. He has been smoking on and off for 25 years. He knows it's a bad habit that could destroy his lungs, but he just can't quite kick it. Lately, Mr. Douglas has been feeling tired, and every so often when he is really busy at work or when he exercises he has chest pains. He has trouble breathing when he climbs a flight of stairs. He doesn't think his wife has noticed that this has been happening for about 6 months. The other week Mr. Douglas and his wife, Lynn, sat down to talk to their teenage son, Alec, who was failing 2 of his classes. Mr. Douglas blew up at Alec and started yelling at him for being so irresponsible. The chest pains started again and crept up the side of his neck. He had to stop mid-lecture and lie down. That's when Lynn said that, if she had to drive him to his internist herself, he was going to see a doctor.

When he went to see Dr. Coral, Mr. Douglas explained that he was having chest pains that lasted no longer than 5 minutes, which were always relieved by rest. He told Dr. Coral how he'd been having the symptoms for a while, but they didn't seem to be getting any better or any worse. Dr. Coral got an EKG in the office, which was normal, and had him undergo a stress test. Mr. Douglas had to stop the test on the treadmill early because he started feeling fatigued and having mild chest pains. Dr. Coral explained to him that the tests showed some ischemia and marked ST changes on his EKG. He told Mr. Douglas that he needed to make an appointment for an angiogram in the next day or 2 to better evaluate his coronary arteries.

Mr. Douglas made the appointment for the angiogram but didn't tell his wife. There was no reason to make her worry. Now he is recovering in the procedure room in his paper gown waiting for Dr. Coral to come back with the results from the angiogram. Mr. Douglas looks down at his gut and sighs.

"I really gotta start listening to Lynn when she tells me to go to the gym. I must be pushing 240 now," he thinks to himself. Dr. Coral enters the room with a serious look on his face.

"Mr. Douglas, I have both good and bad news for you," he pauses. "The angiogram shows that your 3 main coronary arteries are all severely blocked. The good news is that we caught this before you had a major heart attack."

Mr. Douglas lets out a sigh and waits to hear the rest.

"The bad news is that I am recommending you have triple bypass surgery as soon as possible."

Mr. Douglas gasps, "What do you mean triple bypass? Don't you think that's jumping the gun, I just have a little heart problem, right?"

Dr. Coral shakes head, "No, Mr. Douglas, quite frankly, you are at risk of having a serious heart attack. There is no question that this surgery is necessary, and I would like it to happen as soon as possible."

"Now, look, I understand I've got to do something about this. I'll quit smoking, and I'll go the gym, but I'm not having open heart surgery for these little chest pains."

"Mr. Douglas, I understand that you believe your symptoms don't warrant major surgery, but your heart is working overtime right now. It is just a matter of time before it gives out. You have to start eating better, and going to a gym, and you have to stop smoking, but you also have to have surgery. Period."

"Doc, I have a major deal that has to go through at work over the next several months. How about I start taking care of myself, and you let me get this deal signed, and then we'll talk about the surgery?"

Dr. Coral shakes his head. What can he tell this patient to make him understand that he might not make it to finish the business deal if he doesn't have surgery?

Mr. Douglas's response evokes both distress and frustration. From a physician's perspective, this man is lucky to be alive, and surgery is his best and only opportunity to prevent an imminent catastrophic event. So, how should Dr. Coral respond to the patient's seemingly irrational resistance to a lifesaving intervention? The physician must strike a difficult balance in this situation: demonstrating respect for the patient's personal wishes and values, while preventing harm to the patient. This scenario introduces little doubt about the right decision for this patient. Instead, it raises 2 important questions about how the physician should approach this interaction. First, what should the physician say or do to help the patient make a decision in favor of the surgery? Secondly, is it possible that the physician could ever accept a treatment refusal from this patient?

As background to the first question, it is appropriate to consider briefly why the physician should want the patient to be part of the decision-making process. In this case, it seems obvious that the patient needs the surgery, so why not just tell the patient that and leave no alternative? Efforts to share decision making with patients are important because they acknowledge patients' rights to hold views, to make choices, and to take actions based on personal values and beliefs [1]. In sharing the decision making process with a patient, the physician actively engages the patient and supports his or her efforts to make a decision that is consistent with his or her individual values. Such collaborative or patient-centered decision making is not only ethically sound, but also leads to improved patient health outcomes [2].

Patient participation in decision making depends on intact decision-making capacity (DMC); in other words, an assessment that the patient is capable of making a decision. DMC is based on 4 guidelines: the patient is able (1) to understand the information about the condition and the choices available; (2) to make a judgment about the information in keeping with his or her personal values and beliefs; (3) to understand the potential outcomes or consequences of different choices; and (4) to freely communicate his or her wishes [1,3]. Mental status changes, psychiatric disease, or cognitive deficits frequently interfere with patients' DMC in an obvious and dramatic fashion. Even in the absence of such diseases or conditions, however, a patient's ability to make a decision may be impaired by more subtle factors. Mr. Douglas is a successful businessman who demonstrates no sign of cognitive difficulties or mental illness; however, his capacity to make a "good" health decision is clearly impaired. By keeping in mind the 4 elements of DMC, it is possible to gain greater insight into Mr. Douglas's responses and what the physician may be able to do to help facilitate his decision-making process.

As we think about how to respond to Mr. Douglas, we first need to ask ourselves, whether he understands the information that the physician has told him about his condition and the choices available to him. Although Dr. Coral's report is quite clear from a physician's perspective, we are not so sure if Mr. Douglas really understands what he has been told. One way to uncover misinterpretation or lack of comprehension is simply to ask Mr. Douglas to state his understanding of the problem and the management choices. In addition, it might be helpful to review in more detail the significance of the extent of disease (all 3 main vessels) and degree of stenosis (almost 100 percent blocked). Since Mr. Douglas seems to think that lifestyle modifications are still an alternative to the surgery, it would also be beneficial to clarify the important differences between the effectiveness of these interventions for treatment and prevention purposes, respectively.

Yet, a lack of information and understanding may not be the only issue involved in Mr. Douglas's resistance to the surgery. It would also be important for his physician to elicit the reasons behind his ambivalence. Mr. Douglas alludes to pressing business obligations as a reason to delay surgery. Is this really the reason, or is he simply afraid of having surgery? Or does he not want to have the surgery because he will have to tell his wife and is afraid of upsetting her? It is important to realize that the surgery may represent an undesirable loss of control for the patient and, thereby, cause him to accept higher risks with regard to his future health [4]. By directly acknowledging and addressing the patient's concerns, the physician may facilitate a decision for the surgery. The physician should also encourage the patient to think about analogous health choices that may clarify his thinking. For example, would the patient continue walking on a broken leg when surgery was recommended? In some situations, family members may be allies who will also help to remind patients of how their current choices are inconsistent with previous experiences or decisions.

As one thinks about how to formulate a response to a resistant or ambivalent patient, such as Mr. Douglas, it is also important to consider the last 2 DMC guidelines: does the patient understand the potential outcomes or consequences of his choices and can he freely express his wishes? In such situations, it is critically important to use clear and unambiguous language in order to avoid misinterpretation. Specifically, Mr. Douglas should be told that his condition is life-threatening and that he will die without this surgery. If the situation is handled correctly, it is possible to fully disclose the seriousness of an illness without alienating the patient or precipitating detrimental stress or feelings of hopelessness [3]. In addition, the physician should be sensitive to external forces or pressures that may be influencing the patient and interfering with his ability to express his true wishes. This may be particularly relevant for elderly patients who are heavily dependent on others and concerned that certain choices will increase the burden on family members.

If a physician feels that a patient is not able to fulfill 1 or more of the elements of DMC then his or her ability to make that decision should be brought into question and surrogate decision makers should be sought. For more serious decisions, the standards for DMC should be higher than for less important decisions or those with less significant outcome differences among the choices [5]. But what does one do if the patient demonstrates the highest level of DMC and is still making a bad choice? Could a physician ever accept a choice such as Mr. Douglas's refusal of surgery? Such a circumstance would require a physician to violate the obligation to prevent patient harm and, therefore, would demand consultation with an ethics committee. In this situation, the physician should remain compassionate and respectful, while reviewing the expected outcomes of the patient's choice and providing strong and consistent advice that opposes this decision. 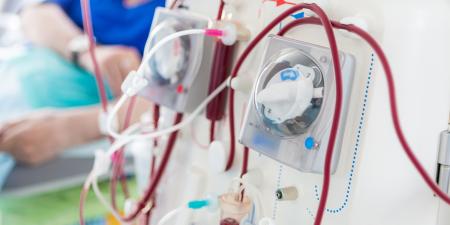