In 2010, the National Institute of Child Health and Human Development Maternal-Fetal Medicine Units (MFMU) Network developed a decision aid, the Vaginal Birth After Cesarean (VBAC) calculator, to help clinicians discern how one variable (race) might influence patients’ success in delivering a baby vaginally following a prior birth by cesarean. The higher rate of cesarean deliveries among Black and Hispanic women in the United States has long demonstrated racial inequities in obstetrical care, however. Although the MFMU’s new VBAC calculator no longer includes race or ethnicity, in response to calls for abolition of race-based medicine, this article argues that VBAC calculator use has never been race neutral. In fact, VBAC calculator use in the United States is laced with racism, compromises patients’ autonomy, and undermines informed consent.

Prediction as an Endeavor

Every year, 1.2 million women in the United States give birth via cesarean, with around 517 000 of these births being repeat cesareans.1 Due to the escalating risks of sequential surgical births, in 2010 the National Institutes of Health (NIH) declared increasing the rate of vaginal birth after cesarean (VBAC) a public health priority.2 After peaking at a rate of 28% in 1996,2 the VBAC rate stood at around 13%, or 80 000, in 2019.1 In their 2010 appraisal of the scientific VBAC literature, the NIH also noted that prediction tools that could accurately estimate the probability of a successful VBAC had been developed.2 In theory, the VBAC rate would increase if the women with highest probability of success went on to attempt VBAC, assuming some of those women currently undergo repeat cesareans.3

In 2007, the NIH-funded Maternal-Fetal Medicine Units (MFMU) Network published results for what would become the most widely used VBAC calculator in the United States.4 The MFMU found that a combination of 6 factors, among them race/ethnicity, accurately predicted the probability of successful VBAC, with each factor being independently associated with VBAC. Greater body mass index (BMI) and age both decreased the predicted probability of successful VBAC, whereas prior vaginal birth and self-identification as a White woman increased the predicted probability. Specifically, women who self-identified as Black or Hispanic had half the odds of having VBAC as White women.4 Some institutions began to use the VBAC calculator routinely to support pregnant women in making more informed decisions that expressed their autonomy.5 Amidst calls for the abolition of race-based medicine,6 the MFMU developed a new calculator that excludes race/ethnicity.7

In this essay, I will argue that cesarean use in the United States exhibits racial inequities in care that challenge the possibility of a race-neutral VBAC calculator. These inequities have been underappreciated in both the bioethical and the clinical literatures on VBAC and are tied to histories of obstetric racism. The new VBAC calculator continues to be laced with racism, compromises patient autonomy, and undermines informed consent.

Lineages of Obstetric Racism: From Slavery to the VBAC Calculator

Dating to its origins in slavery, the study of obstetrics and gynecology (OBGYN) played a foundational role in medical racism in the United States.8 OBGYN research produced and naturalized racial differences, with the result that such differences became focal points for operationalizing racism.9,10 As examples of obstetric racism, OBGYN researchers refined experimental surgeries on enslaved women and controlled the fertility of racialized minorities.9,11,12

To understand why the VBAC calculator is another example of obstetric racism, we must first understand its origins. Like past forms of obstetric racism, the VBAC calculator considered race and ethnicity to be markers of an intrinsic health difference between human populations.13,14 Certain approaches to epidemiology supported the application of race as a population risk factor in the study of obstetric outcomes.15 For instance, regardless of mode of birth, obstetric researchers found Black women to be “at risk” for higher rates of maternal mortality than White women.16 Since the 1990s, when cesarean deliveries began to increase, US researchers have noted that Black, and sometimes Hispanic women, are more likely to give birth via cesarean than White women.17 The suggestion that the higher rate of cesarean birth for Black than White women due to nonreassuring fetal heart tracings may reflect “a true biological difference in the ability of the fetus to tolerate labor” perpetuates obstetric racism.18 Different from the risk factor approach, critical race scholars argue that racism—and not race—is the fundamental cause of racial health inequities.14,19

Different from the risk factor approach, critical race scholars argue that racism—and not race—is the fundamental cause of racial health inequities.

Because the VBAC calculator naturalized racial differences, it’s likely that certain uses of the calculator contributed to cesarean overuse among Black and Hispanic women and that this overuse is a form of obstetric racism.20 Contrary to its intended use as an adjunct to counseling, in many institutions clinicians used the VBAC calculator to undermine informed consent. In one survey, roughly 1 in 5 certified nurse midwives reported that the calculator was used to discourage or prohibit women from attempting a VBAC.5 Using the calculator to discourage or prohibit VBAC hinged on the issue of whether attempting a VBAC for women with low calculator scores (ie, higher risk) should be considered safe and reasonable.

The bioethical approach is at odds with how many obstetricians privilege relative risk to turn VBAC into an unsafe and unreasonable option.23 When a woman labors after a first cesarean, the absolute risk of a uterine rupture is only 0.5%, and 1 in 12 ruptures leads to fetal neurologic injury or death.24 New data from the late 1990s found that uterine rupture tripled the relative risk of fetal injury or death,25 compelling the American College of Obstetricians and Gynecologists (ACOG) to recommend that a surgical team be “immediately available” in all VBAC-offering hospitals.26 Many hospitals did not have the resources to comply, and the national VBAC rate declined from 28.3% in 1996 to 9.2% by 2004.1,23 Nationally and in many states, some 50% of rural hospitals don’t offer VBAC, especially those lacking access to 24/7 anesthesia coverage.27,28

Bioethicists have argued that the emphasis on relative risk leads to a risk distortion that magnifies the small absolute risks of VBAC.29 Despite incisive bioethical critiques that were contemporaneous with the development of the calculator, the MFMU ended up emphasizing relative risk. The MFMU discovered that when women who had calculator scores below 60% attempted a VBAC, there was an absolute risk of 3.1% for maternal or newborn morbidity compared to a 1.5% risk for those who also had scores below 60% and scheduled a repeat cesarean.30 This statistically significant relative risk of 2:1 led the MFMU and ACOG to suggest that scheduling a cesarean for women with scores below 60% or 70% could be a safer option.30,31 In some institutions, the 60% threshold became another example of relative risk being used to discourage or prohibit VBAC.5

Although bioethicists center women’s care preferences in mode-of-birth decisions, they may have underestimated the impact of racism on both the formation of and the respect for women’s VBAC preferences. For instance, structural inequities and unequal health care treatment can make postcesarean recovery more difficult,32 and having a difficult postoperative recovery informs preference for VBAC.33 In one analysis, 75% of Black and 54% of Hispanic women preferred VBAC compared to 43% of White women.33 Bioethicists’ calls to support women’s autonomy did not protect Black and Hispanic women who faced a calculator that systematically disregarded the inequitable experiences that led many to prefer VBAC in the first place.12,20

From Explicit to Implicit?

Removing race will help mitigate the VBAC calculator’s most negative consequences. However, racism might continue to operate implicitly in the calculator.34 Racism may explain in part why more Black and Hispanic women than White women undergo unnecessary primary cesarean births.18,35 Because the new VBAC calculator treats every prior cesarean as if it were clinically necessary, the prior birth experiences of Black and Hispanic women make their data more likely to be eligible for entry into a VBAC prediction tool. Furthermore, 2 of the calculator’s variables, BMI and treated chronic hypertension, are shaped by structural and interpersonal racism. For example, neighborhood lethal policing is associated with a greater risk of hypertension and obesity in women.36 The incorporation of these 2 variables could mean that scores of Black and Hispanic women are concentrated in the lower score range. Although BMI and hypertension may have some biological plausibility, the new calculator disconnects risk factors from structural forces and shifts responsibility for successful VBAC onto the individual.37 The calculator unfairly presents a free “choice” while concealing factors that contribute to successful VBAC, many of which, like hospital culture and racism, may be beyond the control of any individual.38

The movement for the abolition of race-based medicine has caused researchers, clinicians, and patients to reflect on removing race from race-adjusted clinical algorithms.6 Removing race from the VBAC calculator does not fully address the ways that racism continues to cloud the issue of VBAC. In order to make fairer algorithms, we must pay attention to the explicit and implicit ways that racism structures the risk of a primary cesarean, the quality of postoperative care, and clinicians’ willingness to respect women’s care preferences. Bioethicists have recommended that we center women’s preferences in VBAC decision making.22 However, the VBAC calculator demonstrates how relative risk can be used to trump a woman’s preferences for VBAC. Both the new and the old VBAC calculator compromise patient autonomy and undermine the principle of informed consent. 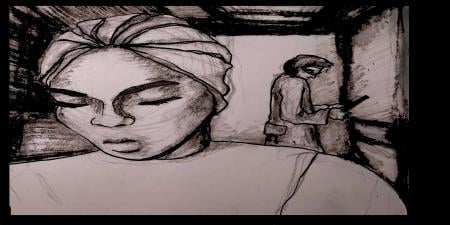 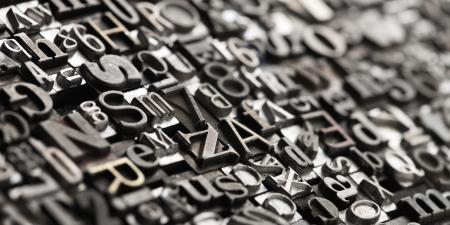 How Should Educators and Publishers Eliminate Racial Essentialism? 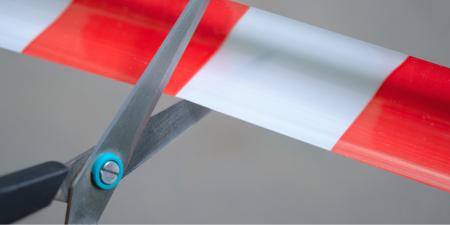 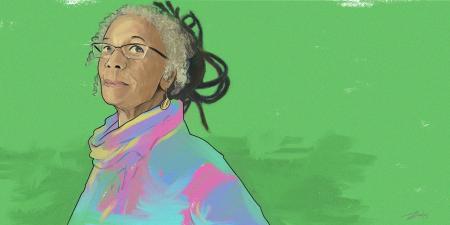