Background: Despite the potential for ethical violations when research is conducted with conflict-affected populations, there is limited information on how and the extent to which ethical considerations specific to doing research with these populations are integrated into national and international ethics guidelines and, in turn, how these guidelines translate into practice. This study aims to fill this gap by systematically analyzing the existing research ethics guidance of humanitarian donor countries, conflict-affected countries, United Nations (UN) agencies, and funding agencies, as well as ethics reporting in research articles on conflict-affected populations published in peer-reviewed journals.

Methods: A review of 32 research ethics guidelines and granting regulations from UN agencies, donor agencies, and governments was conducted, and the reporting of ethics procedures and practices of 498 articles published in peer-reviewed journals was analyzed.

With limited guidance on the ethical tensions that can emerge when research is conducted with conflict-affected populations, many ethics review boards struggle with reviewing applications outlining research with these populations.14,19 Recognizing this gap, there have been increasing global efforts to codify and create guidelines for ethical research with conflict-affected populations. Among these efforts is the work of Enhancing Learning and Research for Humanitarian Assistance, a nonprofit organization that has created a research ethics tool in the form of a series of questions that allows researchers to reflect on the ethics of their work at different stages of the research process, from planning to dissemination.21 Moreover, the Nuffield Council on Bioethics report, Research in Global Health Emergencies: Ethical Issues, created an ethical compass to guide research practices that highlights principles such as fairness, equal respect, and reducing suffering.22 Similar efforts have also been initiated by independent ethics review boards, such as the one established by Médecins Sans Frontières.1

Data sources. Using targeted Google searches and search functions on agency websites, we found national research guidelines for 17 humanitarian donor countries and unions (Australia, Belgium, Canada, Denmark, the European Union, France, Germany, Ireland, Italy, Japan, the Netherlands, Norway, Sweden, Switzerland, the United Kingdom, Spain, and the United States) that were drawn from the list of top 20 countries contributing to humanitarian assistance as identified in the 2018 Global Humanitarian Assistance Report.24 Furthermore, using targeted Google searches and search functions on government websites, we found national guidelines from 8 conflict-affected countries (Bangladesh, Lebanon, Liberia, Nigeria, Pakistan, the Democratic Republic of Congo, Mali, Ukraine) of 20 identified. Sixteen conflict-affected countries were identified using the 2018 Harmonized List of Fragile Situations,25 and 4 were identified by other means. Two guidelines from humanitarian donor countries (Spain, Germany) and 3 guidelines from conflict-affected countries (Democratic Republic of Congo, Mali, Ukraine) were not extracted because they were not in English. Using similar searches, research guidelines were included in the analysis from 3 UN agencies—the UN Office for the Coordination of Humanitarian Affairs, the World Health Organization (WHO), and UNICEF—of the 9 such agencies active in conflict settings that were identified from the 2018 Global Humanitarian Assistance Report,24 and granting regulations were included in the analysis from 9 donor agencies (the Bill and Melinda Gates Foundation, the Wellcome Trust, the Medical Research Council, the National Institutes of Health, the North American Aerospace Defense Command, the Swedish International Development Cooperation Agency, GAVI, the Global Fund, and the International Development Research Centre) (see Supplementary Appendix) from a list of 10 of the major research funding bodies and national funders (the Global Financing Facility was excluded).

We utilized the BRANCH Consortium database to identify articles for review. The BRANCH database contains articles published between January 1, 1990, and March 31, 2018, on a range of health interventions delivered to women, children, and adolescents in conflict-affected populations in lower and middle-income countries.3,4,5,6,7,8,9,10 The database drew on 6 searches that were conducted in MEDLINE, Embase, CINAHL, and PsychINFO using keywords and medical subject heading terms (MeSH) related to conflict, health, and women, children, and adolescents. (Final searches were run between April 2018 and July 2018 for papers published between January 1, 1990, and March 31, 2018.) Articles that were not published in English or in peer-reviewed journals, that reported on military personnel, and that were single-patient case reports were excluded. Systematic reviews, editorials, opinion pieces, guidelines, and economic or mathematical modeling studies were also excluded. The analysis included a total of 498 articles published in peer-reviewed journals.

Data extraction and analysis. Guidance from donor countries and conflict-affected countries was reviewed for mention of ethical principles and related terms, such as researcher safety, confidentiality, scientific validity, collaborative partnerships, informed consent, security risks, social value, postresearch conduct, community engagement, and harm-benefit ratio. Data were also extracted on the local ethics review process and how to proceed when in-country ethics boards are not functioning. In addition, we reviewed research ethics guidelines or granting regulations from UN agencies and funding bodies to determine if studies must consider any of the ethical principles mentioned above to be eligible for funding as a way to help disentangle the role that granting agencies play in determining ethical research practice. Single data extraction was performed by 3 of the authors (S. L., M.H.A., N.A.S.).

Even fewer guidelines explicitly described procedures for research with conflict-affected populations. Only the Australian National Statement on Ethical Conduct in Human Research noted how specific ethical principles, such as researcher and participant confidentiality, fair selection of participants, and the particularities of informed consent with refugees, should be considered. The UNICEF guideline added that any research with refugees or people in conflict or in postconflict settings requires additional review but did not specify what that would entail.

Lastly, only 3 guidelines—the Australian National Statement on Ethical Conduct in Human Research, the second edition of the Canadian Tri-Council Policy Statement: Ethical Conduct for Research Involving Humans, and the Wellcome Trust’s policy on research involving human participants—described how to proceed when there is a nonfunctional or absent institutional review board (IRB). However, the Canadian Tri-Council Policy and Wellcome Trust policy did not explicitly link an absent IRB to research in conflict settings or with conflict-affected populations.

Our study also identified poor ethics reporting practices, with 47.3% of articles not reporting ethics approval or a waiver. These findings align with similar studies, including a recent scoping review by Makhoul et al on ethical research practice in studies with refugees and war-affected populations in the Arab world, which found that 52% of studies did not report receiving ethics approval.23 Similar to Makhoul et al, our findings suggest that the reporting of ethics approval and informed consent has improved from the 1990s to the present, which might reflect changes in reporting requirements of journals.23 Importantly, our study identified a large disparity between the subset of national studies and the subset of international studies reporting ethics approval. This finding is particularly concerning, given the history of ethical violations by foreign scholars.15

Among the studies for which the authors did not report whether they received or did not receive ethics approval or a waiver, 88.5% were published in peer-reviewed journals that required the reporting of ethics approval. This inconsistency highlights the need for stricter enforcement of reporting requirements. Although poor reporting of ethics approval reflects a wider systemic issue,27,28,29 the potential for ethical violations in research with conflict-affected populations requires greater ethical oversight of research practices.13 Journals have a responsibility to ensure that all published articles contain details on ethical procedures, including, at a minimum, informed consent and institutional ethics approval. Some journal editors might contend that our request places additional burdens on authors and editorial staff. We agree that such requests place extra demands; however, we argue that the increased potential for ethical violations with conflict-affected populations requires stricter reporting standards. We would further argue that reporting should extend to a discussion of the ethical tensions that arose during the research process and how the researchers navigated those challenges. These discussions not only would be insightful for others working in similarly complex environments, but also would help make the research process more transparent and prevent any intentional or unintentional ethical violations.

Our study had several limitations. We relied on information that was reported by authors in the articles and were unable to do any additional follow-up. Our study was also limited to articles published in peer-reviewed journals. Moreover, given that the focus of our study was guidelines shared by decision-making bodies, such as governments, donors, and UN agencies, we did not extract guidelines from any nongovernmental or independent organizations. We were also limited to guidelines and granting regulations that were available online, and we excluded non-English literature and guidelines. We must also acknowledge that we only extracted current journal reporting requirements, which might have changed since when the article was published. Lastly, to identify articles, we used a database limited to articles on the delivery of reproductive, maternal, newborn, child, and adolescent health and nutrition interventions in conflict settings. However, we believe that using this database might actually have led to the inclusion of a wide set of studies capturing a range of health conditions and contexts.

These limitations are coupled with several strengths. To the authors’ knowledge, this is the only study evaluating the reporting of ethical research practices with research on conflict-affected populations globally. Additionally, our review comprehensively looks at different stages of the research process from guidance to practice.

Overall, our work echoes the calls made by others—namely, that generating ethical research extends beyond the role of the researcher to include funders, journals, and other policy decision makers.22,23 Partnerships between institutional ethics committees, donor agencies, and journals could ensure that guidelines are adhered to by researchers and that conflict-affected populations are protected. Through critical reflection and multidisciplinary collaboration, we can begin to shift the conversation of ethics from one of harm minimization to one of reciprocal benefit for researchers and conflict-affected populations. 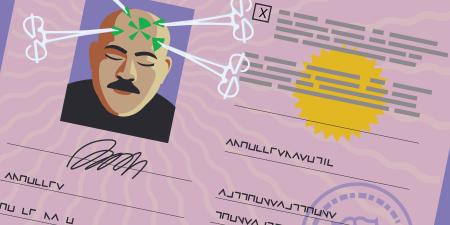 How Should Relief Organizations Fund Care of Patient-Asylees Who Have Cancer? 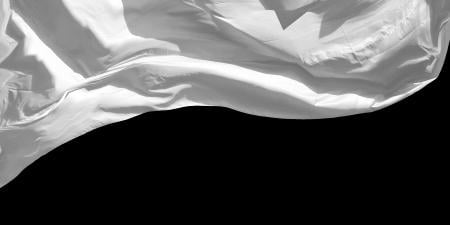 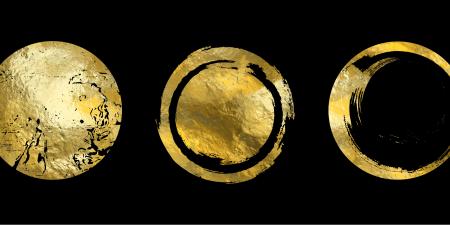 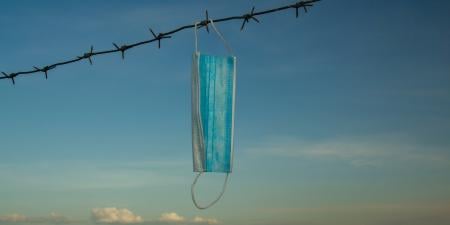