My grandmother was diagnosed with breast cancer at the age of 68. She had been seeing her physician every 3 to 6 months for more than 20 years for her many medical problems, which included diabetes and hypertension. Only after her physician retired and passed his practice on was she asked by her new doctor when she had last had a mammogram. As it turned out she had not had a pap smear, clinical breast exam, or mammogram in more than 20 years. Her primary care physician assumed that she was seeing a gynecologist. My grandmother assumed that her physician was providing comprehensive medical care. Poor communication between the patient and physician and a fragmented approach to her health that isolated her reproductive organs from the rest of her body directly resulted in her cancer not being detected earlier.

Formulating women's health as a discrete body of medical knowledge is necessary to balance the bias in favor of male anatomy and physiology that has long existed in medicine and to ensure that women have access to quality, comprehensive care. Medicine has been taught and learned using a standard male body, with the "typical" patient being a 70-kilogram male. Until recently medications were developed and approved based on clinical trials that enrolled mostly men. Women have historically been the "forgotten" sex. For example, the natural role of women's hormones on disease states has been properly studied only recently. The labeling of menopause as a disease that is pharmacologically treated—rather than a natural phase of life—may have contributed to further health problems.

Women's health comprises more than just the health of our reproductive organs. How diseases present in women and how they are diagnosed and treated can vary widely from their presentation and diagnosis in our male counterparts. Some—cardiac disease, for example—have different symptoms in men and women and typically show up at different stages of our lives. Others—such as many rheumatologic diseases—predominantly affect women and have vague symptoms. And then there are the diseases—such as migraines—whose pathophysiology is directly affected by our hormone cycles.

Last but not least are the overlapping concerns of health and disease that occur during pregnancy. Obstetricians are often reluctant to treat certain chronic conditions that can impact the health of both the woman and fetus. Conversely, primary care physicians are often out of their comfort zone when caring for common illnesses that arise in pregnancy because they do not know how medications will affect the fetus. Pregnant women can easily fall into a medical "grey zone," a gap in quality medical care.

As a field of study, women's health does not ask for exclusivity. Rather it strives to integrate into the general field of medical knowledge an understanding of health and pathology that applies to half the population. It is an attempt to break away from defining illness by body parts and systems and to get a more global perspective on disease and its treatment. Acknowledging the unique health needs of women should be seen as an opportunity to foster collaboration among a variety of specialties that will improve health care for all. Addressing the special needs of women's health should not, however, detract from the special needs of other populations. 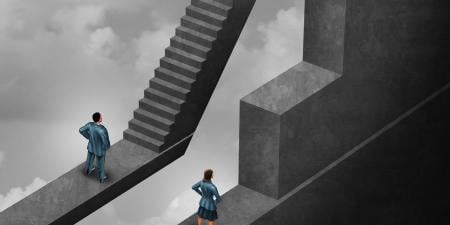