It is widely known that an increasing number of countries have severe shortages of organs for transplantation. Tens of thousands of people worldwide die each year waiting for organs. Perhaps, ironically, the shortages have been exacerbated in some countries by reductions in the number of people killed in car and motorcycle accidents and by improvements in transplant surgery.

It is unsurprising, therefore, that medical ethicists and others have explored the potential both for new technologies (including xenotransplantation and stem cell therapy) and for changes to existing ethical guidelines (eg, exploring whether there should be a presumption that the organs from someone who has died can be used for transplants unless the deceased explicitly opted out of donating) as ways of increasing the number of transplantable organs. In this short piece I wish to explore the issue of whether more consideration should be given to how people might feel about being beneficiaries of new technologies intended to tackle this problem. I shall specifically concentrate on xenotransplantation.

It is becoming increasingly apparent that many of the ethical analyses of genetic engineering and other novel biotechnologies (including therapeutic and reproductive cloning), are missing some ethical concerns that large numbers of people say are of importance to them. This happens because such analyses focus, sometimes exclusively, on the likely consequences of the technologies, ie, the benefits (typically measured in lives saved or years of good quality life gained) and harms or potential harms (eg, safety risks). One obvious problem with this consequentialist approach to the ethical analysis of new technology is that accurate predictions of outcomes are virtually impossible, and as a result advocacy of the precautionary principle has become widespread in recent years. According to this principle it is not necessary to have proof that a particular agent or action causes harm in order to take precaution; evidence that the activity threatens or creates risk of harm is sufficient provocation to regulate the activity. Moreover while consequences are important, they may not sufficiently address ethical concerns about the practice. For some people, at least, the nature or essence of things is of greater importance than its consequences [1].

Much genetic engineering to date—including that done in xenotransplantation research—entails moving genes between species. The safety aspects of such a procedure continue to be exhaustively studied. But are there other considerations that should be explored? Should we be concerned, for example, that pigs are being engineered with human genes, however safely, in the hope that their internal organs may be used for human transplants? One important psychological point is that, as we grow up, the boundaries between species help us to organise our understanding of the natural world and ourselves. Children learn as infants about living things in their immediate environment. In particular, they learn about animals—how to recognise different types, and what their familiar names are. It has been argued that the concepts "animal" and "plant" are fundamental ontological categories; that is, categories children use to organise their perceptions of the world in which they live [2]. How will our world be re-ordered when the line between animal and human becomes significantly blurred?

As an evolutionary biologist by background I presume that identifying boundaries (eg, between kin and non-kin; potential sources of food and sources of danger; male and female; neighbour and foreigner) has been adaptive. As we grow older, such boundaries are likely to persist unless they are successfully challenged. Many people, especially, but not exclusively, men, still feel that certain tasks are more appropriate for men to perform, and others, more appropriate for women.

In an age when academics, clinicians, and ethicists write regularly about the advent of cyborgs, it may seem a little old-fashioned to worry about boundaries for other than consequentialist reasons. However, the human-animal boundary is widely seen as an especially strong one, even if 150 years of Darwinism have caused many to feel that the distance between ourselves and other animals is not as absolute as had been previously supposed. What I would urge, though, is that if xenotransplantation does become a clinical reality, high-quality studies of its psychological consequences must be conducted. Nowadays we are used to considering the ethical, legal, and social consequences of new medical technologies. However, psychological consequences should not be set aside. Indeed, I would expect that psychological factors may prove more important than many would suppose (as recently demonstrated by the rejection in Europe of genetically modified foods).

My prediction is that, by and large, humans are sufficiently adaptable to accept the loosening of human-animal boundaries when the alternative to this established boundary is death. The limited amount of data that have been acquired from hand transplant recipients caution us from supposing that psychological considerations can always be trumped—and this may be even more the case with face transplants. It is known that in at least 1 case, the recipient of a hand transplant chose to stop taking the drugs that were helping his body accept his newly transplanted hand. It may be that xenotransplantation for internal organs proves less problematic, but we would be wise to investigate this at the earliest opportunity.

Finally, it is always worth emphasising that ethical knowledge changes over time. This, of course, is not a feature distinctive to ethics; all forms of knowledge change over time. Malcolm Muggeridge once referred to heart transplants as "the final degradation of our Christian way of life" [3]. Few would maintain that position today even if some societies (eg, in Japan) are still reluctant to accept transplantation. It will be important to see whether xenotransplants ever become feasible, and then if they become widely accepted. 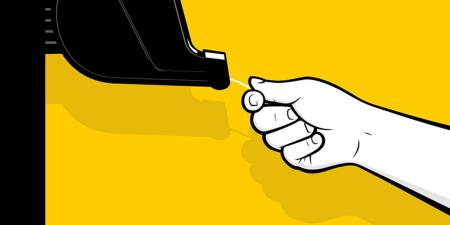 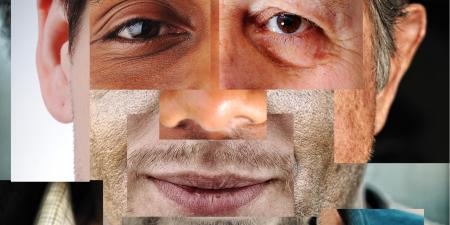