Allowing mistreatment, bullying, and harassment in the health care environment is unethical not only because of the impact—e.g., depression, burnout, and fear—on trainees but also because bullying of trainees may harm patients as well. Moreover, experiencing or witnessing frequent sarcastic or humiliating comments and unprofessional behavior does not create resilient residents and students but, instead, burnt out and cynical professionals [1] who may perpetuate an environment in which the abused trainee takes out his or her cynicism and frustration on junior colleagues.

Unhappy and cynical individuals do not make good physicians. A British study [2] found that residents who had been subjected to “persistent behavior that has undermined [their] professional confidence and self-esteem” were more likely to report poor clinical supervision and, importantly, more likely to report having made serious medical errors in the previous month. Though understanding that relationship requires future research, abuse of trainees may be a patient safety issue.

Many studies in the United States and throughout the world have described the high incidence of mistreatment in medical schools [3]. It is widely agreed that mistreatment is enculturated in medicine; enculturation perpetuates it. Unfortunately, culture change moves at a glacial speed. Thus it is difficult to determine the effects of different interventions, to identify which are successful, and to link metrics to these efforts. The process can be disheartening. Nonetheless, there are policies and mechanisms that institutions can put in place that will lay the groundwork for changing the culture by making abusive behaviors unacceptable and eventually rare.

Laying a Foundation for an Abuse-Free Environment

Two complementary approaches toward abuse-free schools have been proposed [4]: institutionwide abuse prevention policies and interventions that target specific perpetrators of abuse. Policies give institutions grounds for action when individuals violate them. Institutions must articulate expectations, rules, and penalties that make it clear that retaliation for reporting is as bad as or worse than the original mistreatment.

Our institution, the David Geffen School of Medicine at UCLA, formed the Gender and Power Abuse Committee in 1995 to determine what was needed to address mistreatment of medical students, residents, and junior faculty. The goal was to establish a diverse, well-trained cadre who could provide informal assistance to victims of gender and power abuse. Committee members represented a variety of interests, but their common purpose was eradicating mistreatment and bullying. Prior to the committee’s existence, no one had been designated or trained to counsel and guide victims of mistreatment.

The committee’s monthly sessions were designed to educate committee members on the nature of mistreatment, its effects, the literature on the topic, resources available for faculty, staff, and trainees to report it, and ways to respond. Topics included mediation, negotiation, sexual harassment training, active listening, violence de-escalation, rape counseling, and suicide prevention. Members became acquainted with UCLA resources such as the Staff and Faculty Counseling Center, the Center for Women and Men, the Mental Health Program for Physicians in Training, Student Wellness Center, and Counseling and Psychological Services and the types of problems these offices were seeing.

One of the committee’s first projects was crafting the “Statement on an Abuse-Free Academic Community” to set forth the ideals of the school, identify specific unacceptable behaviors, and take a strong stance on retaliation and retribution. Adoption of this statement was followed by the creation of a formal policy for prevention of student mistreatment that was written by an expanded group of faculty, staff, residents, and students and approved by the faculty executive committee and the dean’s office.

Next, the committee identified the need for a confidential, independent, neutral, and informal ombuds office, a place where health sciences students, faculty, staff, and administrators could go for informal assistance in resolving conflicts, disputes, or complaints. Although the campus has had a successful ombuds program for the last 50 years, it was little used by the health sciences community because of its remote location and the perception that its professionals could not grasp the particular culture and environment of the medical community.

The biggest obstacle to establishing an office dedicated to our needs was securing salary and office space in the health sciences complex. The first person to hold the office was an intern who needed practice hours and therefore volunteered her services under the strict supervision of the campus’s head ombudsman. An unused darkroom was appropriated and renovated into office space.

From the day the health sciences ombuds office opened its doors, it has been highly utilized. Due to the privacy and confidentiality accorded to this function, we don’t know how many cases it has resolved and the litigation it has avoided; we estimate that the number is significant.

Awareness on the part of the entire health sciences community of the policies and procedures, the mechanisms that will be used to investigate allegations, the consequences these behaviors will engender, and the resources in place for reporting is essential to facilitating culture change. The Liaison Committee on Medical Education requires that students be made aware of the existence of these policies and the mechanisms for reporting mistreatment [5]. The AAMC Graduation Questionnaire includes questions [6] that monitor student awareness to ensure adherence to these requirements.

We have promulgated this information in several ways. Bookmarks that include the “Statement on an Abuse-Free Academic Community” on one side and contact information for the Gender and Power Abuse Committee members on the other were distributed to students, residents, faculty, and staff. Over the years, opportunities to spread the word have been embraced and a robust educational program. The interactive Draw the Line project created by the Organization of Student Representatives of the Association of American Medical Colleges was displayed and publicized and served as a springboard for discussion. We created a mandatory workshop for medical students beginning in their third year designed to define mistreatment, give them tools to counteract it, teach them about reporting mechanisms, and remind them of their rights and our expectations. Likewise, we offered sessions for onboarding residents, new and junior faculty, matriculating students, clerkship chairs, site directors, and department chairs. Grand rounds presentations have been given in the departments of surgery and obstetrics and gynecology (two specialties with traditionally high abuse rate reports [2]) and are available upon request to other units.

Monitoring the occurrence of mistreatment and tracking trends are critical components of culture change. We have been tracking student mistreatment since 1997, when we first administered a student well-being survey at the end of the third year while the experiences of our students in the required clerkships are still fresh in their minds. We also closely monitor our data in the Association of American Medical Colleges Graduation Questionnaire, which is administered toward the end of the fourth year. For the past nine years we have included questions on mistreatment in an annual survey administered to housestaff and have tracked trends from the results of that instrument.

As reported in our study published in Academic Medicine in 2012 [3], our efforts have not resulted in substantive decrease in reported mistreatment. We believe that this may be because we did not have the means to correct bad behavior soon after it occurred. Based on successes in improvement data at the University of California, San Francisco School of Medicine (Maxine Papadakis, personal communication), we recently added mistreatment-related questions to the mandatory but anonymous evaluations of clerkships by medical students. Specifically, we ask students to indicate whether or not each attending or resident physician with whom they worked treated them with respect and was observed treating others with respect. This helps us target specific perpetrators of mistreatment sooner. Since we added these questions to the evaluation we have noticed that more students than ever before are coming forward to report mistreatment to Gender and Power Abuse Committee members. The senior associate dean for graduate medical education addresses reported unprofessional behavior by residents, and the vice dean for faculty, unprofessional behavior by faculty. A database tracks offenders; severity of consequences increases for repeat offenders. We believe more timely consequences and interventions may be a key to culture change.

While eradicating mistreatment from its entrenchment in the medical culture is rife with frustration and disappointment and may seem like a sisyphean task, institutions cannot afford to give up. One of our biggest challenges and barriers over the long run has been our inability to discipline perpetrators because we did not know who they were. Our students and residents were not afraid to report that they had experienced mistreatment in our anonymous surveys but were reluctant to identify perpetrators. By adding the “respect” questions to our evaluations and by providing the students and residents with a safe reporting system, we have now positioned ourselves to be able to mete out consequences.

The entire leadership team—including clerkship chairs, program directors, department chairs, division chiefs, and deans—must be involved in the process. Data must be fed back to groups and individuals so that they can take ownership of the problems in their specific areas. We also believe it is important to establish institutionwide preventive measures in addition to targeting specific sources of mistreatment shortly after it occurs.

Furthermore, in addition to punitive or corrective actions, outstanding behavior needs to be spotlighted and rewarded. We recently asked our student leaders to present us with a proposal to provide awards and recognition for residents who model exemplary teaching and respectful interactions. Resources will be provided to implement their plan.

Finally, we must continue to be mindful that, as the literature bears out, this is a national (and international) problem. We know that mistreatment is a learned behavior. When medical students become residents and residents become faculty members at other institutions around the country they take with them the behaviors that were modeled earlier in their training. This makes it all the more imperative that we work together as a professional community to change the culture by sharing successes, failures, and best practices so that we can all build on these as a community rather than institution by institution. The well-being of our students, residents, and physician workforce, and, by extension, that of our patients, is at stake. 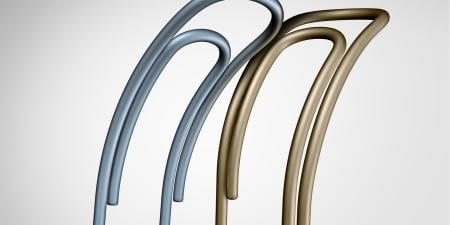 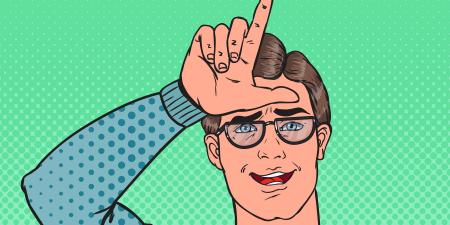