Is it possible that medical school is a place where medical students are actually abused? This was the question posed in 1982 by Henry Silver, as he observed a new matriculating class of “eager, alert, enthusiastic and excited medical students” and considered that, for some, medical school would result in a gradual personal transformation shaped by fear, sadness, dejection, and frustration [1]. A subsequent survey revealed evidence to support the idea of medical student abuse, for the most part limited to the clinical years of training, but affecting some practitioners for years thereafter [2]. A particularly telling finding of the study was that most deans of students surveyed denied that student abuse existed.

For several years after these pieces were published, there was relatively little research on medical student abuse. Only recently have medical educators come to understand the prevalence, complexity, and significance of this problem and taken action. The Association of American Medical College (AAMC) advisory committee for medical student surveys, of which I am a member, has been exploring the potential of its annual Graduation Questionnaire (GQ) to better characterize the depth and breadth of medical student abuse. This has resulted in a number of changes to the questionnaire administered annually to graduating medical students.

The AAMC GQ has been administered to graduating medical students since 1978, with the goal of exploring their perceptions of medical education quality, specific educational experiences, medical school resources and infrastructure, debt load, and career plans [3]. It remains one of the richest longitudinal datasets for understanding medical education from a student’s perspective. When questions related to mistreatment were added in 1991, the GQ became the only comprehensive source for information about the mistreatment of medical students.

Recent trends in the GQ mistreatment data suggests that reported mistreatment has been consistent over time. Since 2000, 13 to 20 percent of graduating medical students report that they have been mistreated, with clinical settings the mostly likely place for these incidents [4]. When medical schools are compared, the proportion of graduates reporting mistreatment varies widely from approximately 5 to 40 percent, but averaging 17 percent [5].

From the beginning, the inclusion of mistreatment questions as part of the GQ has presented two major challenges: defining mistreatment and clarifying the role of subjective experience in determining whether or not mistreatment has occurred. Efforts to respond to these two challenges have involved three interrelated strategies.

The first was generating a list of specific situations that could be considered mistreatment. In 1991, the GQ core questions about mistreatment focused on the extent to which gender, race and ethnicity, and sexual orientation resulted in denial of educational opportunities, lower evaluations or grades, or offensive names and remarks. These were supplemented with questions related to instances of public humiliation, threatened or actual physical harm, requests to run personal errands, sexual harassment, and others taking credit for a student’s work. Since then there have been many changes in the content and wording of the mistreatment questions, with new situations and personal characteristics being added to or removed from the list. The current 15 questions contain many of the core questions about general mistreatment as well as mistreatment associated with gender, race and ethnicity, sexual orientation, and sexual advances.

In 2000, the next strategy to help respondents report on mistreatment was the addition of a question asking whether respondents had been personally mistreated during medical school. The significance of this question was twofold. First, it provided a screening question; only when respondents answered affirmatively were they asked follow-up questions about the nature of their mistreatment. Second, it provided an opportunity for respondents to report on their subjective experience of being mistreated.

In 2001, a third clarifying strategy was to add a definition of mistreatment to the questionnaire to guide respondents. The 2011 update of the definition read,

Mistreatment, either intentional or unintentional, occurs when behavior shows disrespect for the dignity of others and unreasonably interferes with the learning process. Examples of mistreatment include sexual harassment; discrimination or harassment based on race, religion, ethnicity, gender, or sexual orientation; humiliation, psychological or physical punishment and the use of grading and other forms of assessment in a punitive manner [3].

Collectively, the three strategies have worked reasonably well, but they have also highlighted the complicated nature of measuring mistreatment. A majority of the situations represented by the 15 core questions are specific occurrences, such as physical punishment, being asked to exchange sexual favors for grades, and denial of opportunities or offensive remarks based on personal characteristics. There is little debate that these experiences represent mistreatment. Less clear and more troubling has been the data related to the question “have you been publicly belittled or humiliated?” Prior to 2000, 40 to 50 percent of medical students answered this question affirmatively [5]. Since the screening question “Have you been personally mistreated during medical school?” was added in 2000, 13 percent to 20 percent have reported that they were mistreated; most of that group also reported public humiliation or belittlement [4].

This change in format suggests that not everyone who reports being belittled or humiliated believes that he or she was mistreated and highlights the subjective experience of respondents in these situations. For example, two students being pressed by questions from an attending physician can come to different conclusions about that experience based on their personalities, situational factors such as mood and fatigue, and beliefs about the physician’s intent and what constitutes mistreatment. We attempted to remedy this variance by changing the wording of the question to “Have you been publicly humiliated?” The result was that, in 2012, 34 percent of respondents nationally indicated that they had been publicly humiliated; this decreased to 23 percent for the 2013 survey [6, 7].

At the same time, the screening question “Have you been personally mistreated during medical school?” was removed in 2012, and all GQ respondents were presented with the modified list of specific questions. With all respondents reporting on the same specific occurrences, the results (see tables 1 and 2) will provide a better estimate of the incidence, types, and sources of mistreatment now and serve as a benchmark for the future as institutions make efforts to address these concerns. With solid data, the hope is that we can work to improve the educational experience for medical students. The GQ is a rich data source for understanding the depth and breadth of mistreatment, but the data are limited in that they reflect only medical students’ experiences, while perspectives from other stakeholders are less well articulated. 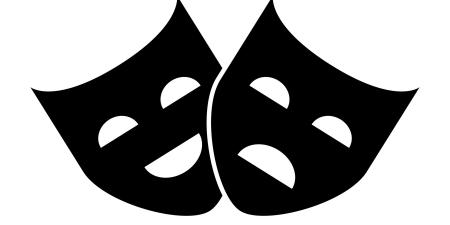 Moving Away from Hazing: The Example of Military Initial Entry Training