The term “personalized medicine,” although vaguely defined, has become nearly ubiquitous in the past decade. The earliest known example of personalized medicine was the approach of Hippocrates, who in the fifth and fourth centuries BCE proposed that different medicines be used for different patients based upon their specific traits and symptoms. This philosophy is the basis for modern medicine, and in the past century it has experienced explosive growth along with the development and availability of new diagnostic tools.

Despite a continued dependence upon such diagnostic methods such as cell culture, immunoassays, and sophisticated imaging equipment, all of which provide information needed for individualized treatment, personalized medicine has evolved from basic science and is now closely identified with “-omic” approaches—genomics, proteomics, metabolomics, and so on. This article focuses on the state of genomics and its implications for the future. The chief difference between genetics and genomics is that genomics is the study of how the molecular composition of genes is responsible for production of specific proteins. Proteomics goes beyond genomics, aiming to discover correlations between protein expression and disease states at the cellular level.

Detection of genetic disorders on a molecular level will enable clinicians to characterize the cause of illness more rapidly, less expensively, and more precisely than traditional techniques such as immunoblotting.  When combined, genetics, genomics, and proteomics are synergetic and promise enhanced (1) assessment of disease risk, (2) diagnosis, (3) prognosis, and (4) individualized drug treatment (pharmacogenomics).

In 2003, the Human Genome Project (HGP) published the first draft of the human genome at 99.99 percent accuracy. This monumental achievement took 13 years and cost $3 billion. At present, the genome of an organism, humans included, can be sequenced in less than a week for several thousand dollars, with accuracy ranging from 92 to 99.99 percent, depending upon the method and technology. The cost and time of DNA sequencing has decreased exponentially over the past decade. The accuracy of sequencing technology will continue to improve, if for no other reason than that sequencing can be repeated until a sufficient level of statistical confidence is reached.

The steps in the sequencing method used in the HGP are time-consuming and costly. DNA must be purified, fragmented, cloned in bacteria to produce a sufficient quantity, purified again, used as a template to synthesize complementary chains of single-stranded DNA (ssDNA) that are separated by either capillary or gel electrophoresis, and imaged using fluorescent markers on the ssDNA. The resolution of separation is high enough that it is possible to distinguish ssDNA fragments based on a single nucleotide difference in length or a difference in the type of nucleotide in a single position within the fragment. In the chain termination (or Sanger sequencing) method used in the HGP, fluorescent markers (a different color for each type of nucleotide) are introduced onto the end of the ssDNA as the synthesis of each nucleotide is completed, allowing researchers to identify the gene sequence.

Since the sequencing of the first human genome, innovations have significantly reduced the cost and time needed to sequence. First, the polymerase chain reaction (PCR) technique, which is less expensive and resource-intensive, has replaced bacterial cloning for culturing cells. Second, the physical size of the apparatus and, by extension, the volume of reagents necessary for sequencing are being miniaturized, making parallel sequencing and higher throughput possible, which has led to several commercially available tools. Instruments are now commercially available that operate on a scale smaller than a standard 96-well plate (so-called next-generation sequencers), with new companies already shrinking sequencing devices to the size of computer microchips (third-generation sequencers).

A third innovation is the development of more and faster methods of sequencing. Pyrosequencing, for example, allows investigators to dispense with the electrophoresis separation step required in Sanger sequencing. In pyrosequencing, the complementary ssDNA is sequenced as the chain grows because a momentary fluorescent signal is produced as each nucleotide is linked.

At the forefront of emerging detection technology are DNA microarrays [1]. Microarray technology uses predetermined sequences of ssDNA that have been immobilized on a surface. These immobilized ssDNA molecules serve as probes to capture small fragments of complementary DNA (approximately 100 base pairs) from solution. The probe DNA can be immobilized or directly synthesized in spots as small as roughly 100 square micrometers and in well-defined locations. This approach makes it possible to detect several thousand different sequences of DNA simultaneously from about100 microliters of fluid.

As in Sanger sequencing, the captured DNA is typically labeled with a fluorescent marker for detection. Although the need to label DNA is a disadvantage, one advantage of DNA microarrays is that they simultaneously serve as both the initial purification step and detection step. Purification is an important consideration when the goal is to sequence DNA from one organism or to measure the amount of mutant DNA or foreign DNA (a virus, for instance) within a biopsy.

Other novel detection techniques are based upon numerous phenomena, such as changes in the optical, mechanical, or electrical properties of a substrate upon capture of a biomolecule or in the presence of byproducts of DNA synthesis [2-5]. These approaches do not require the use of fluorescent labels to detect captured biomolecules, thus simplifying and further reducing the cost of detection. Colorimetric tests based upon the use of metal nanoparticles can be used like human chorionic gonadotropin assays. In general, these techniques are designed to detect one or several distinct biomarkers, not to sequence entire sets of genes.

One third-generation technique is nanopore sequencing, which entails observing changes in electrical current as DNA passes across a nanometer-scale channel [2]. A variant of nanopore sequencing uses a similar concept, but the DNA is read by enzymatic cleavage of the base pairs as they pass through the pore, one at a time.

Regardless of the cost and accuracy of next-generation and emerging detection techniques, the purpose of genome sequencing is to identify specific mutations; otherwise 100 percent accuracy in sequencing is meaningless. Interestingly, one major conclusion of the Human Genome Project was that 99.9 percent of DNA base pairs are identical from one individual to another. Does this mean that for genomics to be a clinically useful tool for personalized medicine far greater accuracy is needed to determine more subtle genetic differences that are associated with disease states? Because there are 3 billion base pairs of DNA in a human cell, achieving 99.99 percent accuracy in sequencing means 300,000 possibly different, disease-causing base pairs can escape detection. Frequently, even a single nucleotide polymorphism (SNP) can be the source of a genetic disorder. This is why, for clinical testing, the most common approach is to simply sequence a small panel of genes to search for a specific disease. These tests typically cost $1,000 or more.

Belief in the ability of genomics to assess the risk of or diagnose disease depends entirely on the assumption that disease states originate from mutations in an individual’s genome. However, complications in this path toward risk assessment are introduced by (1) the need to first associate mutations or so-called biomarkers with known disease states, (2) the ability or inability to detect these biomarkers in individuals, and (3) the fact that disease states are often caused by interactions among many genes in addition to environmental factors.

Although numerous potential biomarkers for disease have been identified in the scientific literature [6], the need to identify biomarkers for more diseases is still the primary obstacle to overall progress in genomics as a basis for personalized medicine. Moreover, it is not at all certain that meaningful risk assessment for individuals is possible for most genetic diseases. While there are certain heritable mutations that can predict the risk of disease with high certainty, as is the case with Huntington disease and cystic fibrosis, predictions of other diseases are more complex and can only be made with a low level of confidence (26 percent, in the case of lung cancer) [7]. Finally, although targeted therapy based upon individual genetics is achievable, the co-development of diagnostics and therapeutic agents is constrained by cost, which can exceed $1 billion.

Several legal obstacles hinder the use and development of genetic screening. As described above, the identification of biomarkers is a key element in the development of disease assays. The discovery of biomarkers is resource-intensive, and the intellectual property (IP) related to their discovery is guarded in the private sector by patents to ensure the recovery of costs incurred in the process. In fact, a staggering 20 percent of genes identified in the HGP has been referenced in patents [8]. As a result of these numerous patents, sometimes referred to as patent “thickets,” multiplexed assays such as DNA microarrays are subject to so many licensing fees that their development becomes impractical—a significant loss to society.

The growing demand for genetic screening has also led to questions of reliability. Direct-to-consumer test kits have been met with apprehension because of possible misuse and misinterpretation of results by people who have not consulted a physician. It is important to keep in mind that interpretation of prescription tests is generally not easy for physicians without the consultation of an expert such as a genetic counselor. Examples of FDA-approved prescription tests include assays for an enzyme (MHFTR) implicated in diseases related to thrombosis and coronary artery disease and a gene mutation (CFTR) responsible for cystic fibrosis in newborns. Because of the complexity of test interpretation and the variation in scientific literacy across society, it is inevitable that misinterpretation of test results, particularly from direct-to-consumer home tests, will result in self-directed actions such as changes in behavior or usage of medications.

Genetic screening and personalized medicine are still in the early stages of development and the approach taken at present can still have significant implications for the future. In the long term, the integration of genetic screening into standard medical care will be determined by demand. Demand as a driving force has pros and cons. As demand increases, more biomarkers will be identified, but research into less common “niche” diseases will likely be neglected (as they often are in drug research) and “patent wars” may cause a bottleneck in innovation. due to the cost of development and the low return on investment. But if physicians and patients create a demand, then genomics-based personalized medicine can become standard practice.

The cost of genetic screening for individual patients is prohibitive at present, but this may change. It is conceivable that medical insurance companies may see the benefit of early risk assessment and disease detection and begin to cover genetic screening, which may help patients by allowing early treatment or prevention of genetic diseases. How effective this type of personalized medicine will be, given the complexity it introduces, is still unknown. 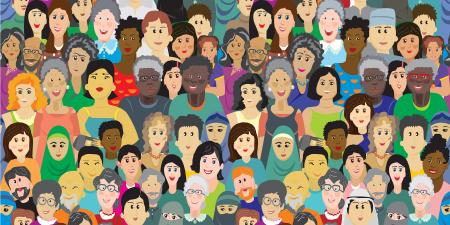 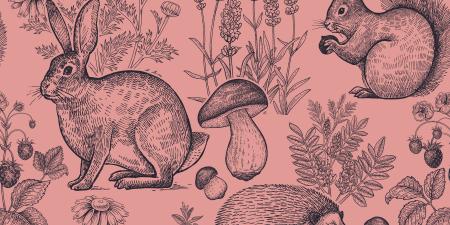 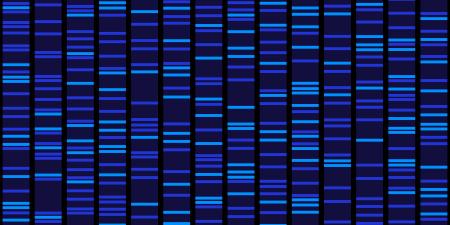