Considering the explosion in medical technology, from genomics and genetic biomarker testing to computerized imaging and detailed electronic medical records, personalized medicine may one day be common practice in our medical system. In “Perceived Functioning Has Ethnic-specific Associations in Systemic Sclerosis: Another Dimension of Personalized Medicine,” Terry McNearney et al. [1] found that “clinical, psychosocial, and immunogenetic variables had ethnic-specific associations with perceived functioning” in patients being treated for systemic sclerosis (SSc) [2]. The relationship of ethnicity both to the clinical, psychosocial, and immunogenetic variables and to perceived functioning raises ethical questions, especially if clinicians “personalize” treatment based on these findings.

Systemic sclerosis (SSc) is an autoimmune disease characterized by fibrosis of the skin and internal organs, commonly preceded by autoantibody production and vasculopathy [3]. Although management of complications has improved, the median survival after diagnosis is 11 years [4]. Currently, SSc is incurable, and health-related quality-of-life (QOL) measures are important indicators of disease outcome [5-9].

In this cross-sectional study, Caucasian, Hispanic, and African American patients with recent-onset SSc were assessed for perceived physical and mental functioning using validated surveys and a self-reported physical disability instrument. Perceived functioning scores were then tested for association with demographic, socioeconomic, clinical, immunogenetic, psychological, and behavioral variables. Among Caucasians, immunogenetics, fatigue severity, helplessness, and social support were associated with perceived functioning [10], while among African Americans and Hispanics, immunogenetics, autoantibodies, illness behavior, and helplessness were associated with perceived functioning [10]. This study is the first to identify associations between perceived SSc functioning and ethnically specific genetic markers and autoantibodies.

The authors draw various conclusions from their study. They modify a conceptual framework of health-related quality of life that was used for populations with HIV to create their own model. This model hypothesizes that, while it is known that genetics influences SSc disease expression, symptom manifestation, and eventually QOL, genetics also influences a patient’s ethnicity and cultural identity, which in turn influence socioeconomic status, social support, behaviors, and, again ultimately, quality of life [11]. The authors thus argue that genetic background contributes directly and indirectly to quality of life and that the contribution of culture to QOL may be modifiable [10]. Ethnicity, they say, should therefore be considered when designing personalized interventions to modify not only symptoms but also psychology and behavior [10].

Alternative interpretations of the data are possible. The differences in perceived functioning for ethnic populations with a specific genotype may be a result of confounding variables. Moreover, comparison of these individual scores across ethnic groups has not been validated. For example, a lower individual score on social support may not necessarily mean that a person’s ethnic group has lower social support than another ethnic group. It also remains to be seen whether modifying these perceived functions would have beneficial quality-of-life outcomes.

Although there are limitations to the study, it lends some support to the claim that genetics contributes to disease severity and ethnically distinct perceptions of disease-related physical and mental functioning. There are, of course, many ethical issues raised at the intersection of race, genetics, and disease response.

Race in medicine. Documenting race is considered helpful in medicine in many ways. In making differential diagnoses, for example, clinicians use evidence of higher-than-average probability of disease among members of racial or ethnic groups—such as Tay-Sachs disease in Ashkenazi Jews, sickle cell disease in African Americans, and cystic fibrosis in Caucasian Americans. Drug metabolism varies among groups classified by the term “race” [12], and race has been used in predictive models for determining appropriate drug treatment [13].

Using race and ethnicity to alert clinicians to greater likelihoods of certain health conditions became more controversial with the development of what was considered a race-specific drug. In 2005, the FDA approved isosorbide dinitrate/hydralazine (BiDil), a combination antihypertensive and vasodilator drug, specifically for African Americans. Major controversy ensued over whether a drug should be approved for use in a specific race since most drugs have long been tested on white subjects but not approved only for whites [14]. Moreover, approval of BiDil for African Americans was not granted for biological or genetic reasons—the proposed differences in mechanism of nitric oxide uptake in African Americans were never tested [15, 16].

Race-specific treatments are not an all-or-nothing phenomenon [17]. Not every person within a racial or ethnic group responds to a treatment in the same way. Suppose a given gene variation was more common in one group and led to a statistically beneficial outcome for a drug among members of that group. Many people in another racial or ethnic group have the same gene variation. If drugs are approved only for the former group, people in the latter group would stand a lesser chance of benefiting from the drug.

The conclusions of McNearney et al. can be stigmatizing. The danger of using race in such a fashion is that it may portray a racial group as genetically, socially, or behaviorally inferior [20]. Suppose, for example, that to optimize perceived functioning among those with systemic sclerosis, health care professionals offered behavioral and coping strategy support only to Hispanics and African Americans. Patients self-identifying in these groups could well see this type of personalized treatment as condescending.

Treatments based on group membership can also be clinically counterproductive. Those who would benefit from a treatment but don’t fit “the profile” may receive insufficient care, and those who belong to a given group but don’t have the relevant characteristic may receive unnecessary care. Hence, while race may sometimes be useful in the current state of medicine, overreliance on it may lead to ineffective, unjustified, unfair, and stigmatizing treatment.

Is race a biological concept? Until now, I have been talking as though race has biological meaning. There is clear evidence, however, that race is not a genetic concept [21, 22], and some would argue that it has no biologic basis [23]. Only 5-10 percent of genetic diversity is explained by one’s membership in a given “race” [24-26]. In actuality there is as much or more genetic diversity within a racial group as there is between racial groups [17].

Race is more a sociopolitical concept than a biologic one. The concepts of race and ethnicity were not developed for scientific use but are popular concepts, which, in the United States, were made official for census taking by the Office of Management and Budget Race and Ethnic Standards [27].

Membership in race is defined differently across research studies, time, and geography. Most studies do not report how race information is obtained [28], e.g., self-identified or clinician determined, let alone standardize the process. The definition of race is also time- and geography-dependent [16]. How “black” and “white,” for example, are defined in the United States has changed from the 1800s to the 1900s. Because race is identified by one’s parents at birth and can be assigned by the medical examiner at death, a person may be born “black” but die “white” [17]. Geographically, a light-skinned person may be considered white in the Bahamas but black in the United States. Inconsistencies in the definitions of race make its usage problematic at best.

Given the nonbiologic basis of race and its inconsistent definitions, should it be used at all? Some believe race should not be used in medicine and research [23]. They believe avoiding classifying people by race will help promote recognition of the heterogeneity within groups [28] and continuing its use will derail true genetic research [19]. Focusing on racial health disparities also directs resources away from the true social, environmental, and other drivers of unequal disease distribution [29].

Other researchers see race as a way station [19]. Many geneticists understand the category “race” is arbitrary, poorly defined, and inadequate, but see it as a means for understanding characteristics shared by many members of a group with common ancestry until advances in medical science make personalized medicine a reality [20].

In order to understand the causes associated with race that influence disease outcome, which are more environmental than genetic [14, 17, 29-31], researchers must actively search for them. In the meantime, using race in research can still be a powerful tool because it is associated with many of those environmental factors that influence health outcomes such as socioeconomic status, housing, education, employment, access to resources, diet, psychological stress, and cultural background [17, 20]. The problem with using the shorthand “race” to stand in for the many nonbiologic environmental contributors to health status is the problem mentioned earlier: all members of a designated “race” are not subject to those environmental pressures, while many from outside the “race” are.

Personalized medicine. The intention of personalized medicine is to treat the individual, but one can easily imagine how that intent can devolve into treating people based on the racial subgroups they are categorized as belonging to. Because not all patients respond in the same way to diseases and drugs, it would not be efficient to treat all patients with the newest, perhaps most expensive technology. A person with one variant gene of the two present at each locus along the DNA molecule may merely have a higher probability of response than members of the general population. To conserve resources and because genetic variation may be randomly correlated with membership in a “race,” personalized medicine may begin its scientific journey by using race as a predictor, but this, by definition, is not personalized medicine.

At this point, determining treatment response based on race and, thus, implying that race has deterministic genetic influence on health is misleading. One hopes clinicians apply findings such as McNearney’s with caution and that patients fully understand the implications of this research. It would be preferable if race were not used as a predictive marker in personalized medicine. Rather, the drivers of these hypothesized racial differences such as coping or social support should be investigated and used instead as the predictive markers in personalized medicine. 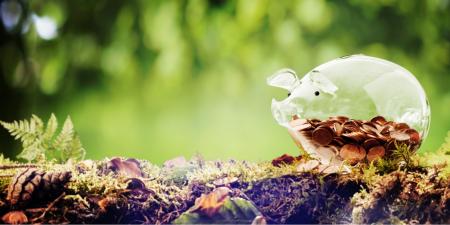 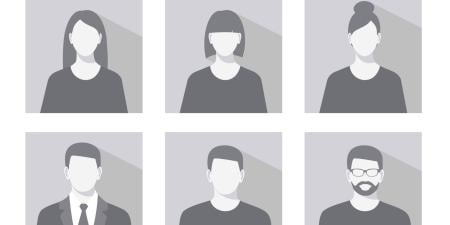