Community Response to the Health Care Issues of Homeless Veterans

The homeless veteran population persists for many of the same reasons that the homeless nonveteran population does. Some are “situationally homeless” as a result of economic hardship, such as loss of employment or a change in life circumstances—like divorce, death of family members, or domestic violence. Others suffer from untreated mental illnesses, including psychotic disorders, mood disorders, or posttraumatic stress disorder. A significant number of homeless people bear drug and alcohol addiction or failure to integrate into society following military service, incarceration, or long-term hospitalization. Few choose a life of nomadic isolation as a “career track,” but they become accommodated to living on the fringe of society in a self-imposed form of social isolation that prompts many to become numb and resigned to their situation. It takes a Herculean effort to mobilize the internal and external resources, energy, and motivation to move oneself from homelessness to stability without outside assistance. As a result, many remain homeless for months or years, often establishing a pattern of episodic homelessness that repeats throughout their lifetime.

The health consequences of living on the street are dire. Homeless individuals are more likely to contract serious infectious diseases such as tuberculosis, pneumonia, or methicillin-resistant staphylococcus aureus ( MRSA). Long-term drug use places addicts, especially intravenous drug users, at risk for contracting HIV and hepatitis. Another hallmark of chronic or episodic homelessness is lack of dental care. Many veterans suffer from missing or diseased teeth or gum conditions and are unable to chew. Their food options, already restricted by economic hardship, become very limited. As a result, many are malnourished, in pain, and often need antibiotic treatment.

VVSD was founded in 1981 by five Vietnam veterans who were struggling with PTSD and readjustment after their combat experience. They established the program with a $10,000 grant from the San Diego mayor's office to help find jobs for Vietnam veterans. Their first 44-bed residential treatment center, The Landing Zone, opened in 1984 with the motto, "We leave no veteran behind." Today the Pacific Highway facility is a 224-bed treatment center, licensed by the state of California for alcohol and drug treatment. Sixty to 70 percent of VVSD's patient population is "co-occurring," that is, diagnosed with both a substance abuse and a mental health disorder.

In 1988, Stand Down was created by several Vietnam veterans, including Robert Van Keuren, who was executive director of Vietnam Veterans of San Diego, and Jon Nachison, PhD, a psychologist. They sought to address the growing number of homeless veterans in San Diego. For 3 days each summer, billeting tents and service providers congregates for the benefit of homeless veterans and their families from the streets. The local VA Medical Center at La Jolla erects a field hospital to offer a broad range of medical treatment, including alcohol and drug detox, tuberculin skin tests, HIV testing, dental care, optometry, podiatry, psychiatry, pharmacy, and to triage care for other conditions regardless of the participant's eligibility for VA medical benefits. (Veterans who received either a dishonorable or bad conduct discharge from the military or did not serve the requisite number of days or months on active duty are not eligible for benefits.)

In July 2008, 830 participants at Stand Down received care. VVSD typically brings in at least 15 eligible participants from each year's Stand Down as residents of its long-term treatment program [1]. The average VVSD population is 140 male and female residents, a total that will increase to accommodate the rising number of veterans in need.

Upon entry to VVSD, each resident is given a brief medical exam by a physician who screens for problems that need referral and immediate attention. Approximately 85 percent are eligible for VA medical benefits and services and get care from several locations including the VA Medical Center in La Jolla and the VA Regional Office in Mission Valley. Those who do not qualify for VA medical benefits are seen by the mobile medical van which visits VVSD twice a week. The local VA also has several social workers who act as liaisons to VVSD and coordinate medical and psychiatric care. They perform intake interviews with all residents to determine their eligibility for per-diem funding and attend weekly clinical treatment meetings to assist in removing barriers to medical and behavioral care. They also review treatment records and bring staff up-to-date treatment information from the VA if the veteran has signed the appropriate releases.

A health care case manager coordinates all non-VA care through family health centers. Residents who are registered with the California Department of Corrections and Rehabilitation and on parole have access to mental health services and obtain their psychotropic medications through the parolee outpatient clinic.

Veterans can stay in the treatment facility for up to 1 year, with 30-day extensions on a case-by-case basis. They may then live in a transitional sober-living site for an additional 2 years. The 14-bed Mahedy House is for working vets who need a sober environment, and the 44-bed New Resolve Program in North County houses residents who are employed or attending school. The Welcome Home Family program is a 2-year transitional-living program for veterans and their families. Residents in all these programs are offered ongoing mental health treatment to assist them with chronic mental health concerns and readjustment to daily living.

In a perfect world, VVSD would incorporate both a detox center and a full medical clinic as on-site services, but funding remains a challenge for all nonprofit agencies. VVSD receives grants and contributions from federal, state, and local sources, in addition to public donations. The current economic forecast, however, means all organizations like VVSD will have to continue to find creative ways to meet the health care needs and challenges of this population.

The global war on terror, and the conflicts in Iraq and Afghanistan specifically, challenge our ability to meet the medical and psychological needs of our returning military. Recent Rand Corporation research estimated that 300,000 returning military suffer from PTSD, another 300,000 suffer from traumatic brain injury (TBI), and another 100,000 overlap both categories. These numbers will certainly tax the VA and community treatment networks. It is believed that it took Vietnam veterans approximately 10 years to fall through various safety nets of family and community before landing on the streets as homeless veterans. Based on the number of younger combat veterans who are already homeless, we anticipate that the current generation will end up on the streets in half that time.

In fact, some of these young combat veterans are being treated in VVSD. To date, 20 have been served at various sites. Americans now seem to have more respect for the military, have learned the lessons of Vietnam, and are willing to "hate the war, but not the warrior." Whether or not this translates into funding for medical and mental health treatment remains to be seen. The United States prepared for the war, but not for the returning veterans. Their future health care needs are robust, and it is doubtful they can be properly met. In 3 to 5 years, VVSD projects that 75 percent of its population will be Iraq and Afghanistan combat veterans. As of January 2009, VVSD implemented a new program to meet the specific needs of these veterans, including health, wellness, and other classes specifically for this population.

As part of their intake questionnaire, new physicians and medical students should ask the homeless, "Did you ever serve in the military?" Many veterans do not trust the Veterans Health Administration based upon residual myths and beliefs left over from the Vietnam era. Also, more women are now serving in the military, and many have seen combat, but they traditionally do not access veteran's benefits and do not identify themselves as veterans. Treating all veterans with respect, thanking them for their service, and allowing them to tell their stories will help educate caregivers as to the most appropriate level of care. 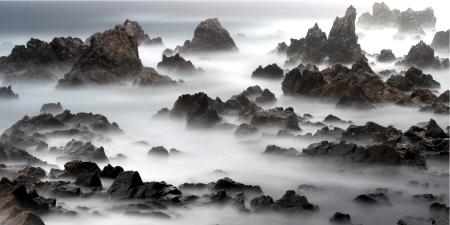 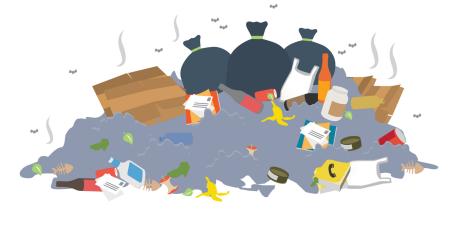