Mr. and Mrs. Jones were in many ways not unlike the other couples that had come to the infertility clinic. They were pleasant-appearing, affectionate towards one another and eager to become parents. They were extremely organized and had brought copies of their relevant medical records. Nevertheless, they managed to capture the attention of the entire waiting room: they both had the characteristic body size and features of achondroplasia.

Mrs. Jones began to rattle off facts in the examining room before Dr. West could even introduce himself. "We understand achondroplasia very well. It has autosomal-dominant genetics. When inherited homozygously, it is lethal, but."

"Well, you certainly have done your homework very well," chuckled Dr. West. "I'm Dr. West. How exactly is it that I can help you?"

"We have been trying to become pregnant for years now," chimed in Mr. Jones. "We have been to numerous doctors and had every test performed. They finally figured out that I have a slight blockage in the passage of sperm. We were referred to you for in vitro fertilization. Your colleagues say that you're one of the best."

Dr. West went on with a mixture of modesty and pride to describe the clinic's excellent success rates for in vitro fertilization.

Mr. Jones then lowered his voice slightly as he elaborated to Dr. West his fears regarding the psychological repercussions on his wife should she conceive a homozygous child who was essentially born only to die. The couple also expressed their strong opposition to abortion. They were simply unwilling to accept a 25 percent chance that their baby would be homozygous for achondroplasia.

"Given what you have just told me," Dr. West asserted, "in conjunction with the complexities of your genetic background, we would consider preimplantation genetic diagnosis to be appropriate in avoiding this outcome and increasing the probability that you would have a child of normal stature."

Mr. and Mrs. Jones looked shocked. "Well, actually, we were hoping that you might assist us in having a child with achondroplasia. How would we care for or understand a child who was not like us?"

Realizing his false assumption, Dr. West thought carefully about his next words. He had never been asked to perform preimplantation genetic diagnosis and specifically choose embryos that would become what many would consider "impaired" children. While medically it may be safe, something didn't sit right with Dr. West.

The argument against using preimplantation genetic diagnosis (PGD) to select for a disability, such as achondroplasia, relies primarily on the principle of nonmaleficence, a physician's obligation not to inflict evil or harm [1]. Achondroplasia, the most common type of short-limbed dwarfism, is associated with significant medical disabilities including spinal cord compression, spinal stenosis, orthopedic problems, and surgical and anesthetic complications [2].

Achondroplasia has generally been viewed as a social disability, since many believe that significantly short stature can limit future opportunities. Most physicians would agree that it is morally indefensible to injure an otherwise healthy embryo or fetus in order to achieve the traits observed in achondroplasia (regardless of parental preferences). Similarly, for example, if an obstetrician complied with a deaf couple's wish to have a deaf child by puncturing the developing tympanic membranes of their fetus with a needle, the obstetrician's actions would be in clear violation of the principle of nonmaleficence and would be deemed ethically repugnant. Or if a physician prescribed Accutane (isotretinoin) to a pregnant patient with acne in accordance with her request for this treatment, this physician would also violate the principle of nonmaleficence because his or her action might result in direct injury to an otherwise healthy fetus.

By contrast, in vitro fertilization (IVF) followed by PGD and implantation of an embryo with the genetic mutation that causes achondroplasia does notrepresent direct harm on the part of the physician [3]. A physician does not cause direct harm through the selection and implantation of an affected embryo; it is the abnormal gene that causes harm to the future individual [4]. The distinction is an important one. Achondroplasia is caused by a mutation in the FGFR3 gene on chromosome 4. This mutation results in the activation of processes that inhibit growth and produce the appearance and traits associated with achondroplasia [2]. But, in contrast to the examples of the two physician acts described above, the physician's action here-embryo selection and implantation-does not cause the disability. The physician indeed facilitates the conception of an individual with the FGFR3 gene mutation via reproductive genetic technology, but he or she does not cause the mutation, and selecting that embryo to become a living child does no harm to that child. The physician is responsible for the conception of a particular individual, an individual with achondroplasia.

Nonmaleficence has also been defined as the obligation to prevent or avoid harm [5], and a "prevention of harm" argument may seem to apply in this case; a physician can prevent the disability associated with achondroplasia by refusing to implant an embryo with the FGFR3 mutation for this couple as requested. Although the physician's refusal conflicts with the couple's wishes, it would satisfy this "prevention of harm" argument. The implications of this argument become apparent when it is applied to alternative reproductive scenarios. A review of the basic genetics of achondroplasia, a classical Mendelian disorder, will assist in an understanding of those implications.

Achondroplasia demonstrates autosomal dominant inheritance: carriers of the gene mutation (those with one affected and one unaffected gene, i.e., heterozygotes) display the classic disease traits; those with two copies of the affected gene (i.e., homozygotes) do not live-the homozygous state is incompatible with life [6]. In natural conception between two persons with achondroplasia (where, by definition, each partner is heterozygous for the FGFR3 gene mutation), one expects a 25 percent chance of an unaffected pregnancy, a 50 percent chance of an affected, heterozygous pregnancy, and a 25 percent chance of a pregnancy with the lethal condition. So, excluding the lethal outcome, the couple has approximately a 66 percent chance of having a living child with achondroplasia. Given these chances, compare each of the following reproductive scenarios to the original case:

In scenario one, the chance that, if conception succeeds and gestation occurs, the couple will have a child with achondroplasia is 100 percent [7]. In scenarios 2 and 3, the chance is approximately 66 percent. While the intention of the couple in each scenario differs from that of the couple in the original case, the outcomes in each scenario are similar, ranging from a 66 to 100 percent chance of having an affected child. A similar chance occurs when only one partner has achondroplasia (a 50 percent chance). If a child whose conception could have been prevented is born with achondroplasia, the risk percentages do not matter at all. In other words, the means (IVF/PGD, IUI, and natural conception) do not excuse the ends, and the extraordinariness of the technology or unusual parental preferences do not matter [8]. If the creation of an individual with a disability constitutes a direct or preventable harm, then, in a context where it is possible not to have such a child, all of the scenarios violate the principle of nonmaleficence [9].

The corresponding implication, then, is that the physician should refuse to help the couple in any of the scenarios unless the couple agrees to either IVF/PGD with implantation of unaffected embryos or prenatal diagnosis with selective abortion. Scenarios 1-3 are neither extreme nor unrealistic, and a physician who believes that he or she must intervene to prevent harm whenever possible could consistently refuse to help any of these couples. But such a blanket refusal is unsettling because it violates our accepted understanding of reproductive autonomy and justice. If the nonmaleficence argument does not ethically forbid a physician's assisting the couples in these three scenarios, then, taking the next step, one could argue that the principle should not create an ethical dilemma for the physician who is asked to assist a couple with achondroplasia to have the child they want.

Some may object to this reasoning with the counterargument that there is an ethical difference between allowing a couple to procreate naturally or to forgo aborting an affected embryo, on the one hand, and performing IVF/PGD to select for an embryo with the genetic mutation that produces achondroplasia, on the other. Pragmatically, however, the line between refusing to perform PGD in the original case and refusing to assist the couples in the three later scenarios is a fine and easily transgressible one. And it is again a small and easy step from not helping those three couples to counseling a couple with achondroplasia not to procreate naturally at all. Respect for the reproductive autonomy requires practical consistency. The use of reproductive technology to implant affected embryos, as proposed in the initial case for discussion, should not alter the requirement for respect of reproductive autonomy.

Up to this point, the focus has been on the moral duty of the physician to avoid or prevent harm in the context of genetic disease and reproductive technologies. Do physicians and prospective parents have a further obligation-a positive duty-to facilitate the creation of children who are free of disease [10]? Ethicist Julian Savulescu argues in favor of this type of moral obligation, at least in reference to the prospective parents, characterizing it as the principle of "procreative beneficence" [11]. According to Savulescu, procreative beneficence requires that:

Couples.should select the child, of the possible children they could have, who is expected to have the best life, or at least as good a life as the others, based on the relevant, available information (emphasis added) [12].

In particular, he argues, procreative beneficence implies the use of genetic testing and reproductive genetic technology to create the child with the "best life." Thus, the physician and couple are each distinctly obligated to conceive and implant the "best possible" embryo of all that couple's possible embryos. Continuing with this logic, an embryo free of the FGFR3 gene mutation would be the "best possible" embryo and should be implanted, if available.

Yet, as an argument against selecting for disability via IVF/PGD, procreative beneficence is problematic. First, it requires that judgments be made about what constitutes the "best child" and the "best life" [13]. Judgments such as these are fraught with bias and ambiguity. Furthermore, the application of procreative beneficence directly conflicts with our deeply held notions of reproductive autonomy. Savulescu himself acknowledges and addresses this irreconcilable conflict, saying, "The implication of this is that those with disabilities should be allowed to select a child with disability, if they have a good reason" [14]. Thus, even adherents to procreative beneficence appear to concede that, while parents are ethically bound to select the best child, the definition of "best" ultimately rests with the parents alone. If the couple truly believes that their "best child" would be one with achondroplasia, then procreative beneficence should not impair the physician's ability to comply with their wishes. 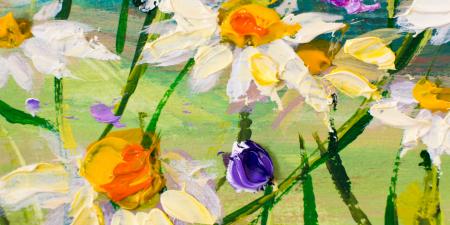 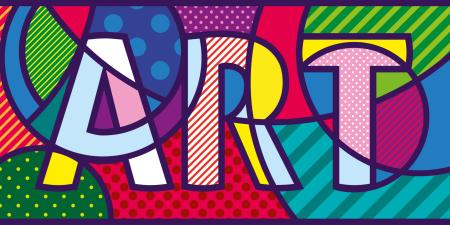 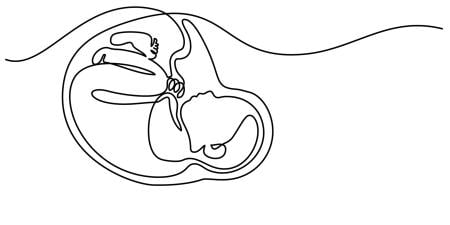